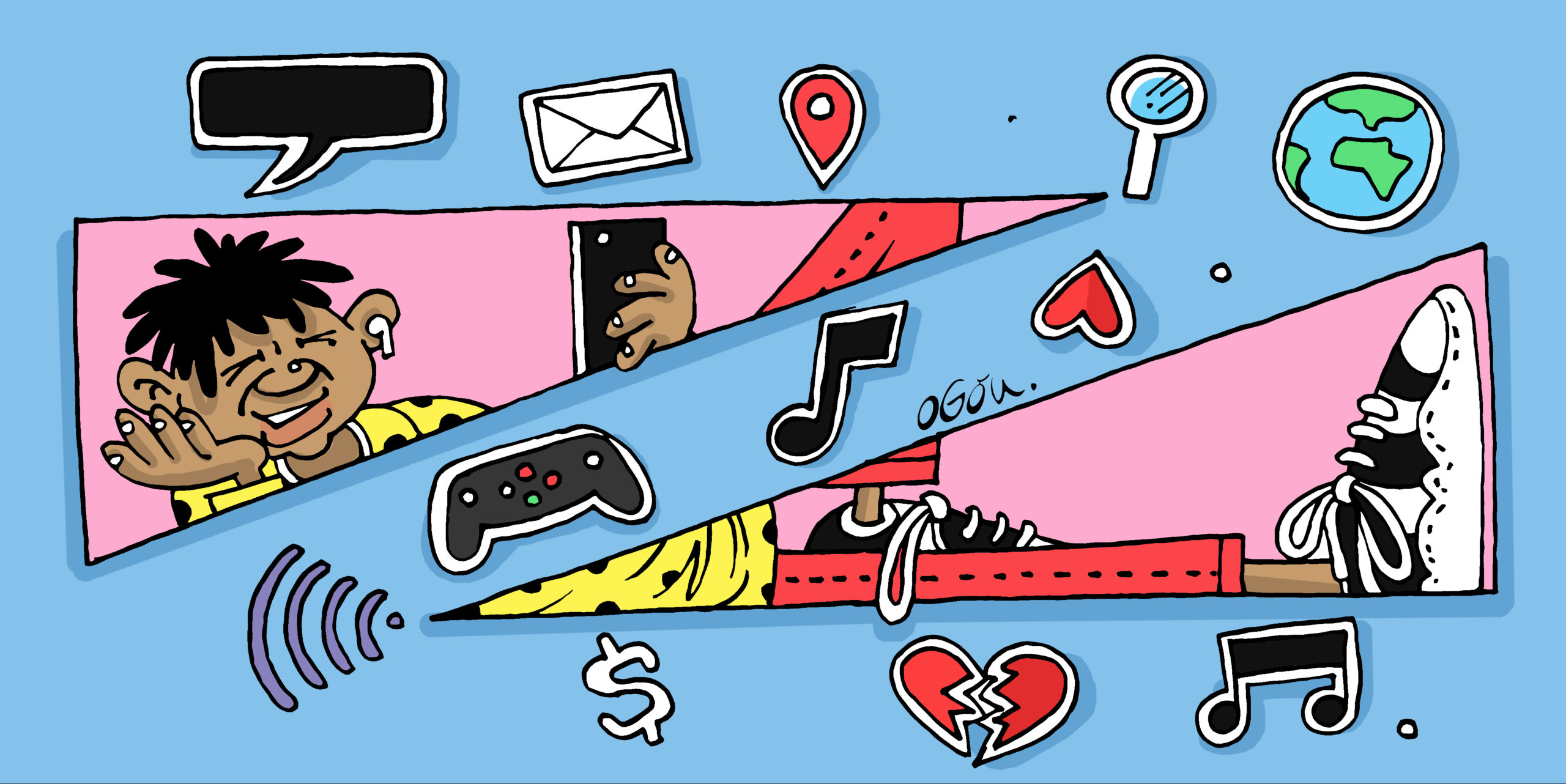 For the zoomers, it is either a big Yes or a big No…

#Takeover: Everyone has been obsessing about millennials, complaining about their unpredictability, their inability to keep on one thing, their endless movements from one passion to another. But hey, there is a new generation on stage, the kids born after 1996, have come of age. They are the ones running Kampala. The millennial generation has been shoved aside and here comes the Zoomers, the Cartoon Generation, the one that grew up watching Tom and Jerry and have now graduated into the game of life.

The Gen Z was raised on TV. Their parents, liberated from the pockets of conservatism, gladly handed them to be raised by a combination of housemaids and TV. It was the time when stay-homes went out of vogue. Everyone in the family had a job. The Gen Zs were given all the powers of the home remote. They woke up to Cartoon Network, slumbered on Disney and slept on Nickelodeon.

Many years later, Gen Zs cannot help but speak like Ben Ten, walk around like Peppa Pig while imitating the mouth movements of SpongeBob. The millennials feel attacked, the Gen Xs are completely lost, and there we have the cartoon generation running the show. Cartoons are running Kampala and we cannot do anything about it.

You must give the Gen Zs one credit, they are in love with colour. They are not your average millennial will dull colours, with the beige and dark greys of this world. The zoomers are all out to spread colour to the world, they are leaving nothing unexplored on the spectrum. The generation that introduced the world to crocs, is now introducing us to all forms of coloured/dyed hair.

And they rock these fashions with boldness. This generation was raised to believe they are stars. That their role in the world is to glow, to shine, to be the best of all things. They were raised on tots of cheers, pampers and endless shots of love. Now they have nothing but to colour our world. It is never a dull day for the zoomers.

Okay, now this is where it gets worse. Who in the heavens can deal with their Korean Pop Obsession? What is this madness of K-Pop? BTS? Big Bang? Does this generation have an idea about the beauty of a Fred Ssebatta crooning in Nabawanuka? Do not dare request a zoomer to be a DJ at your party. You will be lost in all directions.

We pity the older generation who try to scavenge on the zoomers. To what end? Why are you stretching the limits of your reality? The zoomers were raised in a world where there was a thin line between the virtual world of TV and the real world. Their world was all formed within the screens of TV. That is all they know, those are all the ideas they have espoused. How is Ben raised on cassava and lumonde in the morning gonna cope with Shania raised on a diet of cartoons, pringles, and cornflakes? It is two different realities. A Nsibirwa should settle for a Nagujja, where even the names rhyme. Just leave the zoomers alone in their cartoon world.

You must accept one thing, the zoomers bring a rare work ethic to the table. When they choose to work, they will explore their lungs out, they will leave nothing undone. The zoomers only work on things they are interested in. For the zoomers, it is either a big Yes or a big No.

The zoomers have no idea what it means to perform the corporate speak. They do not know the art of crafting that email, the art of the icing, the spicing, the art of satire. They are bold, they are direct. They were taught to leave nothing unsaid, to express their feelings. ‘Do not die with your feelings,’ they were told. They work like crazy but not on the boring stuff. They hate boredom, they will always plug out.

A good number of zoomers have rejected the traditional career paths. To them, the days of the career path are long gone. ‘Do what you love at that specific time’ is the rule. They do not seek to be lawyers, some have become digital influencers, others have entered the world of photography, some have taken gap years. There is no rush, as long as you are happy, they say.

Whereas the rest of the world flocked to the market place that we have come to know as Facebook, the zoomers use every platform in a unique way. They do their shopping on Instagram, they spend their life on Snapchat, and create anonymous accounts with avatars on Twitter. There is also a breed of zoomers that took over TikTok, they wake up to dance, and to perform challenges.

The love language of the zoomers is shopping, travel, food and above everything, money and money and money. The zoomers do not care about quality time, all they want is some money. They were raised to leave on their own, at least they have their puppies and cats. They are of the pet world. Unlike millennials who try too hard at love, for the zoomers, love is something that is not to be chased. But with money, love can be ever-present in one’s life. ‘Have money, spend it on your desires’ is the rule of the zoomers.

Do the zoomers care about politics? Not an inch. They are detached. They have no idea of the generational leader. They have no idea of the bihogo cow? And the son of King Isaza? He can tweet his ranks away. The zoomers see themselves as global citizens. The potholes of Kampala can be transcended, one can always travel to their country of choice and have a life there. Welcome to the zoomers! Bye Bye to the millennials!

Disclaimer: These are not the views of the author, but rather the views of his kabalaza drinkmates. Shoot not the messenger!