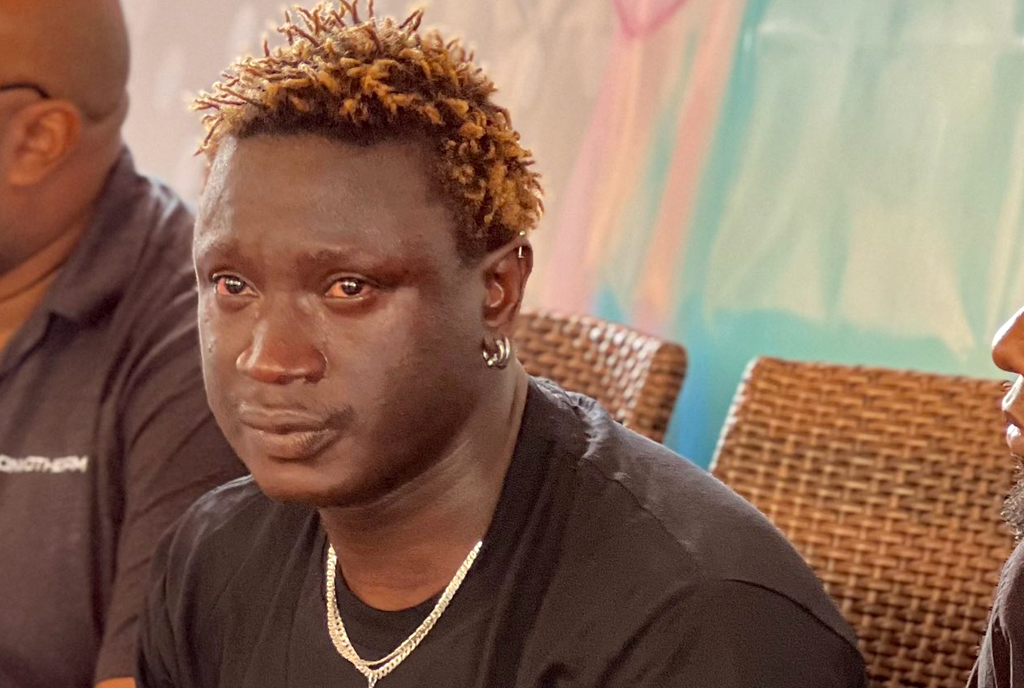 Singer Gravity Omutujju weeps during a press conference on October 13, 2022.

Singer Gereson Wabuyi aka Gravity Omutujju this afternoon broke down and cried following verbal attacks on his wife and children.

During a press briefing, the ebijanjalo singer revealed that he is under pressure to defend his family and his career that he has tirelessly worked for. He blames the media for his woes.

Gravity has in the recent weeks been making uncalled for statements, ranking himself as number one while trashing musicians like Jose Chameleon, Bobi Wine and Bebe Cool. He, however, says that his statements have been misinterpreted by bloggers whom he accuses of chasing clout to earn views on their websites.

“My statements were misinterpreted and now my children and wife are being insulted. I have three kids, they know nothing about this industry, neither does my wife,” he said.

Gravity wants people to understand that he is a man of many responsibilities and is prone to error just like any other human-being.