Actor Christian Okitwi gets another act 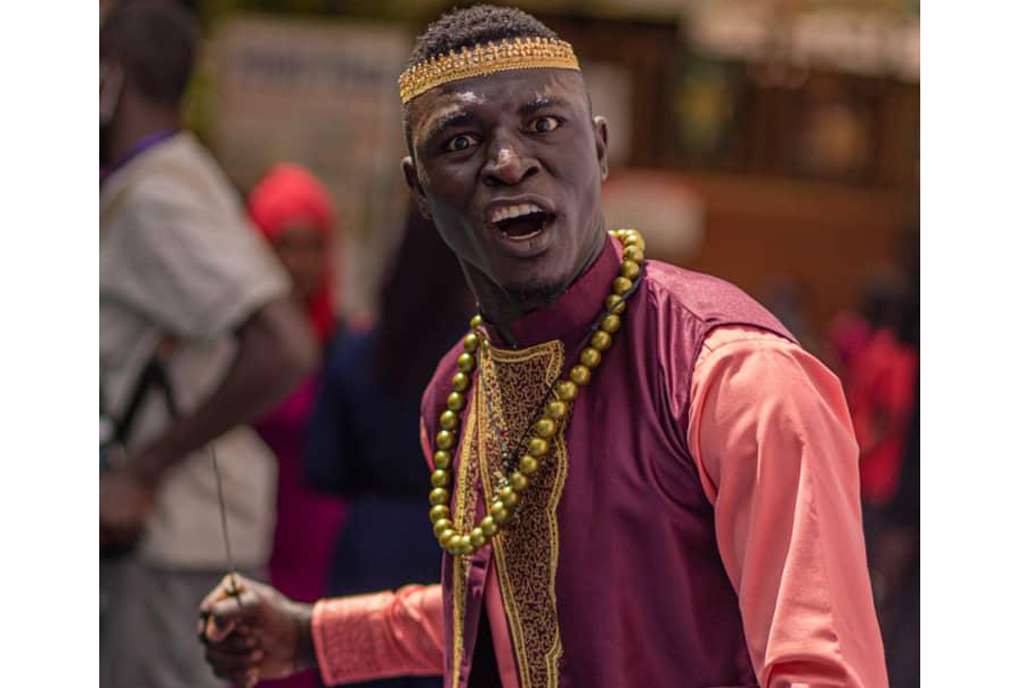 Up-close. After joining the local film industry, filmmaker and actor Christian Okitwi has steadily made his mark. From roles in The Game, The Wolf Within, Hidden Romance and as a detective in Pearl Magic Prime’s Sanyu. Anita Muyama catches up with the rising star to talk about film, life, and family.

Tell us about yourself.

My name is Christian Okitwi and I am an actor.

What do you do besides acting?

I model and do digital marketing. Those  are typically art and creative activities.

When did you join the film industry?

In 2017, I was with Paul my best friend, and we came across a call for actors and actresses. Paul pushed me to go for the auditions. I went ahead and gave it a shot.

Why didn’t  Paul join the industry?

Paul is down to earth and not stubborn like me, he cannot shout or laugh out so loud. Besides he does not have a passion for acting.

What roles have you loved the most?

I have loved all the roles because I am dynamic. I can easily change from one emotion to the other. It feels more like sleeping, waking up and diving into another character. Except only being romantic failed me, whenever it comes to this I am corrected several times.

What have been your favourite moments in your career?

It was on one of my birthdays when I was the lead actor in the TV series The Office people at home were waiting for me but I was still shooting. I tried explaining to the director that I had to leave early but he refused to let me go.

On set, the workers surprised me with a cake and I was the happiest that day.

Can you sing? And, what kind of music do you like?

No, I cannot even try.  I like gospel music and listen to it more often when I am travelling, reggae and country music works when I want to relax.

What don’t people know about you?

Most of my friends know that I stay in Namugongo but they do not know the exact place,  not even Paul.

What has been the worst role you have played?

I do not have any but I would say that every role given to me has been so challenging because I need to make enough research on the character.  I hate it when other directors think I am only good at being a policeman or detective yet I have other capabilities

What do you love about the industry?

I love meeting new people with different ideas, I get to learn new things every day.

What is the first book you read?

I have read many and cannot recall the first book I read. But, my favourite is Mission to Venice by James Hadley Chase.

What was your first salary?

Shs600,000 and I was not expecting any money. The moment I got it, I paid my landlord two months’ rent.

Who has supported you the most?

Paul counsels and wishes me to excel, and he has been attending all events I feature in. I cannot fail to mention Samuel Saviour Kizito, and other directors who have mentored me.

Recently you have been so busy, off social media for a while. What have you been up to?

We have been working on a film and I was privileged to be part of it.  The action thriller involves murdering others for love, and other crimes.  Mania will premiere on November 11 at the National theatre.

Your best childhood memories are…?

One day, I was with my cousin from school and, we just roasted chicken in a nearby bush, because we were so hungry.

Where do you see yourself in the film industry in 10 years?

By the grace of God,  I want to become a director because I do not have the passion. I would rather coach people on how to act.

What advice can you give to people?

Be disciplined, humble, and lovable. Discipline can move you from one place to another. And always be thankful to God and the people who pushed you to be where you are in life.