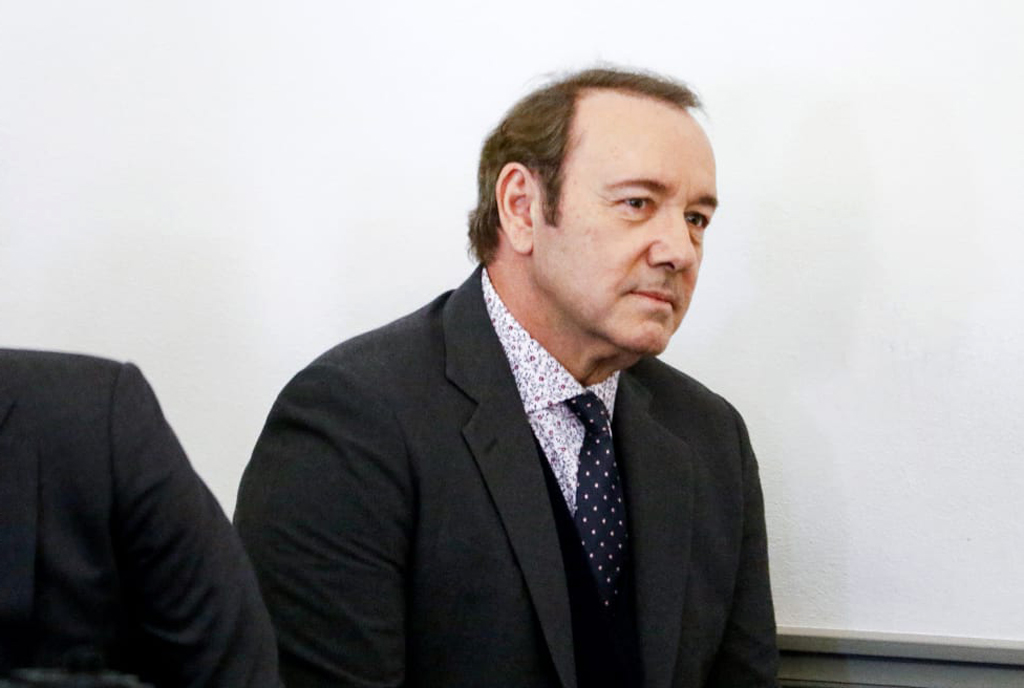 Disgraced movie star Kevin Spacey takes the stand at his New York trial, rejecting as “not true” accusations he sexually assaulted fellow actor Anthony Rapp when he was a minor.

Rapp, who stars in the series “Star Trek: Discovery,” is claiming damages of $40 million against the two-time Oscar-winner for “emotional anguish,” for what allegedly happened in 1986, when he was 14 and Spacey was 26.

Spacey said he had no recollection of attending a private party in a Manhattan apartment with Rapp, as the now 50-year-old claims.

Before appearing in court Monday, Spacey, 63, won a small victory when the judge presiding over the case, Lewis Kaplan, dismissed Rapp’s claim that Spacey had intentionally caused him emotional distress.

In his lawsuit, Rapp accused Spacey of having come into a bedroom where he was watching television during a party the two had attended, of picking him up, lifting him onto a bed and laying down next to him.

Addressing the court earlier this month, Rapp recounted that he “felt frozen” during the alleged incident — until he managed to “wiggle his way” out.

Since Rapp’s accusations first emerged in 2017, at the height of the #MeToo movement against sexual abuse, Spacey has disappeared from screens and theaters.

During Monday’s cross-examination, Spacey described his own troubled family, with a father he described as a “white supremacist” and a “neo-Nazi,” something he had never said in public before, and who disliked gay people and did not appreciate his son’s interest in the theater.

Spacey said that Rapp’s accusations, published in late 2017 in a Buzzfeed article, made him feel “shocked, frightened and confused.”

On recommendation of his advisors, he issued a public apology which he said he now regrets.

“I was being encouraged to apologize and I’ve learned a lesson, which is never apologize for something you didn’t do,” he told the court.

At the time of the accusations, he came out publicly as gay for the first time, which he said led to accusations that he was “trying to change the subject, or trying to deflect.”

Wiping away tears, the star of “American Beauty” and “House of Cards” said he would “never have done anything to hurt the gay community.”

The “Usual Suspects” star has also pleaded not guilty to charges of sexual assault of three men between March 2005 and April 2013 in Britain, and in 2019, charges against of indecent assault and sexual assault were dropped in Massachusetts.