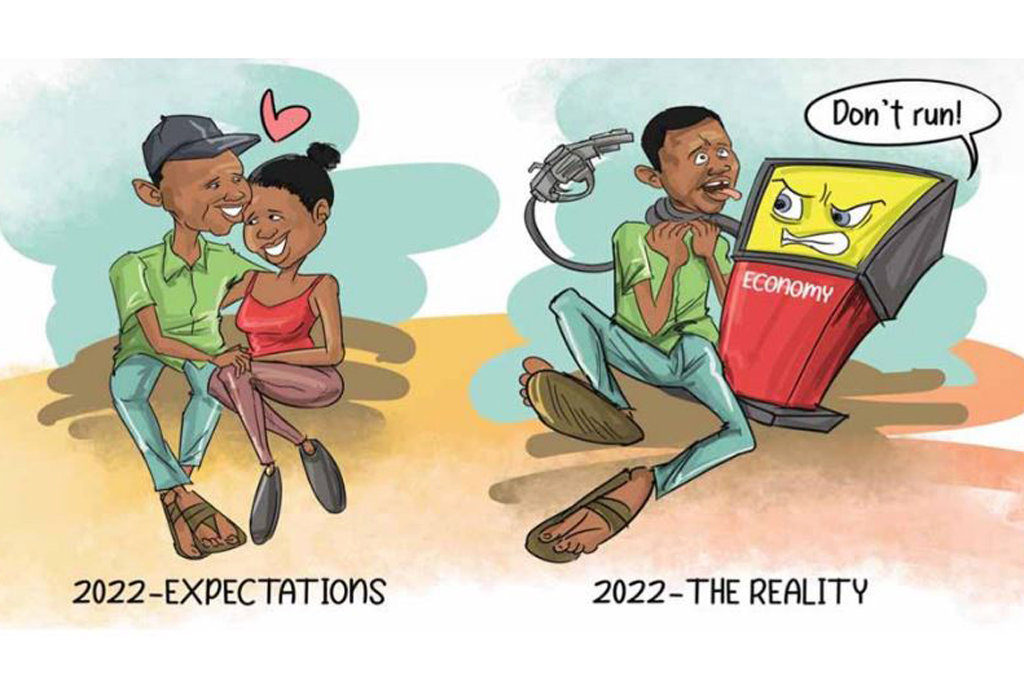 Sold souls: Subaru has conjured certain images and expectations in people’s minds. It has become the symbol of a millennial at that point of arrival. There is this idea in Uganda that a good driver is one who gets to drive fast. You can always tell a new Subaru driver. There is this urge to prove, to release the adrenaline, to tell the whole world; “I have finally entered that family. I have sold my soul to the revs.”

As it is with most mornings, here is this Subaru driver that cannot wait to showcase his machine. He will shift lanes inconsiderately, he will have those close calls. Yet, he will feel the satisfaction, the fact that he has told the world about the Forester. What is it that drives Subaru drivers? Why the urge to fly? And what is the issue with caps? You cannot own a Subaru, have a bearded face and still choose to stay along Bulabira Road.

We have always prayed to the gods to punish us as they see fit. We have only asked that the gods save us from two punishments; the punishment of a tweeting General and that of Bulabira Road dwellers. Pause for a moment. Read that name out; ‘Bu…La…Bi…Ra…” It sounds like the headquarters of guys who are always expecting some ka money, hitting a ka snag (in Uncle Mo speak) or worse still, dabbling in the English of the ‘Actually.’

There is a group of corporates that have made it a habit to interject every statement with the word ‘actually’. It is not an argument until they reference ‘actually’. Read the law, the law says this, the law says… Actually, I know a guy who works in the President’s office. Actually, I am speaking from experience. Until it is time for actually to clear the bills in the bar. Why does ‘Team Actually’ often receive calls when the bill lands? Who is calling? Why can’t they wait? Actually, why is your bank network always down?

But there is a class among the Subarus, it is a class of the refined. It is the elite class of the Subarus. When you see a man or woman driving an Outback, take some moment to put respect on their name. The Outback is the only Subaru that commands the ultimate respect. It is not your average Kimbejja kind of Subaru. It resides in better places. It is the kind of car you underrate at your own risk.

You know it is not an ordinary car when a boda boda or taxi driver is quick to give it space. There is that grace and charm that accompanies an Outback driver. That timing, knowing when to speed, when to slow down, when to be the sober head on the road. It is a car that assumes value for its entire lifetime.

You never disrespect an Outback or its driver. Their confidence and calmness comes from a deep place, a place of power, a place of having the ability to call the shots yet showing mercy to the sinners. There is only one thing about Outback drivers; their playlists. They jumble from the 80s to the 60s to a Kabuye Semboga to a Ruyonga. Sometimes, one gets this feeling that they are trying too hard to look unlike their fellow Subaru drivers.

At the start of the year, our pastors and prophets assured us that this was going to be a year like no other before it. It was a year of doubling. That our blessings would be double. That our grace, our divine protection, our favour, everything in our life would be doubling. “Whatever you have, Gaad (not God) is gonna double it. Sow a seed of the doubling grace”. The only thing that has doubled this year are the fuel prices. Our faces have also become lighter. We are bleaching at a rate never seen before.

Weddings have become weddings. Are people re-wedding each other? What else explains the fact that all our friends are single or divorced yet every week we are dabbling in wedding lists. There is even a new trend of pre-kwanjula showers. What is this thing that Ugandans keep showering? Even with all these showers, you people cannot settle in marriages. Soon and very soon, we shall have divorce showers. The new generation has mastered the art of ghosting. They ghost from life, from marriages, from everything where there is a need to take up some responsibility.

A week from now, we shall be in Nairobi to make magic. To the Ibury Lounges, Ankole Grills and Lofts of this world, Kampala will be taking over Nairobi. Just wondering if Ugandans will not be hit by a cultural shock. Won’t it be a shock to find roads with no potholes? Won’t it be a shock to find matatus that would challenge your average Kampala DJ?

We ought to rehearse for Nairobi. For the swiftness of this city. Everything is fast in Nairobi; the lies, the theft. Anything can be stolen in Nairobi; your man, your woman. In Nairobi, something is only yours in the moment when the question is asked. Nothing is defined, not even the ruling dynasty. The opposition can become the incumbent and vice versa. We hope the Ugandan men are ready with their uniforms! Nairobi does not smile, it bellows!

In this article:Celebrities, entertainment, featured, subaru