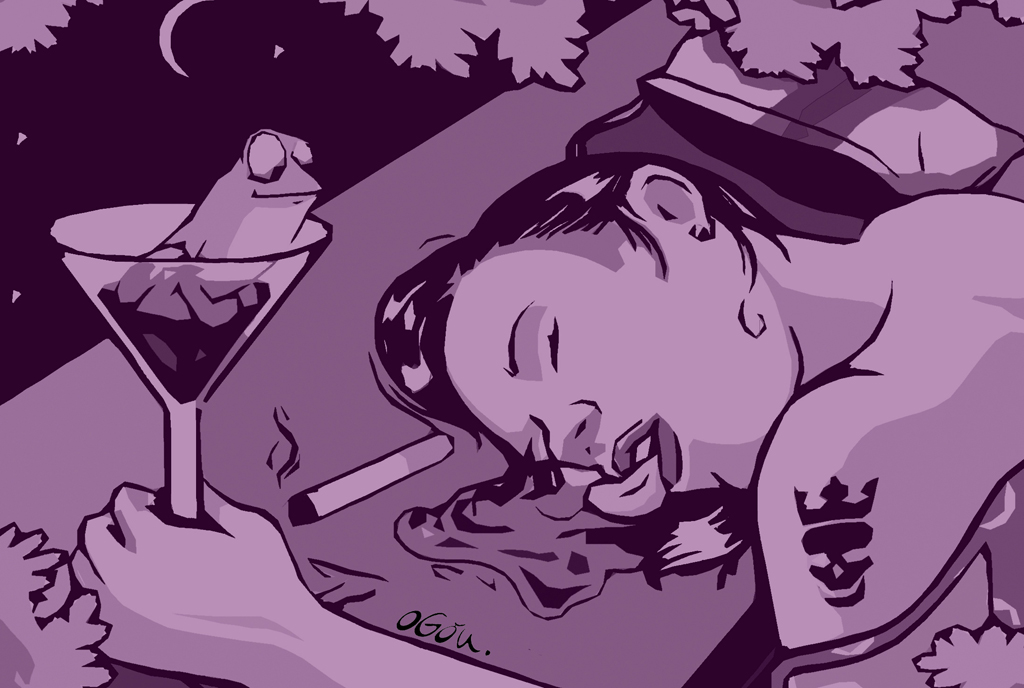 The Itanda locals making the most of the moment…

Nyege Nyege tales: My month has been a roller coaster. I went from imagining Baba the 5th, to welcoming Ruto the 5th. I went from visiting Kisumu to witnessing our presidential toilet make international news. Then Nyege Nyege happened. Then came Bamuturaki, and the rest is history

But first things first. Let us talk Luo. God made Luo different. I used to think Luo was a tribe, or ethnic group. Now that I am older and less stupid, I must confess something. Luo is a totally different set of events. Luo is a lifestyle. Whether you are in Ethiopia or South Sudan or Kenya or Uganda, a Luo will always be a Luo.

You do not want to be competing for the same girl with a Luo. There is no problem too big for a Luo. Luo have this way of exaggerating everything. Imagine a blend of Nigerians, South Africans and Kenyans, now that will give you a semblance of what it means for one to be Luo. For the Luopeans, everything must be topped up. Every dinner in a Luopean home is a six-course dinner.

Luo will always roar. In Luopean land, there is always something big waiting to happen. Luos will assure you that nothing can stop reggae. A Luopean will complement a girl until she just cries and is left with no option but to follow the Luopean.

Thank goodness the Luo language was made rich. In the Luopean book of compliments and pompous lies, there is Jaber. There is no English equivalent for Jaber. But Jaber is beauty beyond description. A Luopean will give you his ATM card and say everything belongs to you my ‘Jaber’.

A Luopean will never have anything less than an 18-year-old aged whiskey on the table. To a Luopean, these are ‘small small’ problems. A Luopean never fuels anything less than a full tank. And for some reason, the Luopean will always come out of his car, clad in dark sunglasses, look at the rim, another eye on the wipers, another eye on the shiny car, nod in appreciation of his hard work, enter the car and drive away.

In the Luopean lifestyle, only big cars are acceptable. A Luopean must always roar. There must be a Rover somewhere or a Raptor. It is impossible to find a Luopean in a Premio. How? Since when? That would be an abomination. There is even a saying that when a Range Rover was being manufactured, they had the Luopean in mind. Only a Luopean can be a mpango wa kando.

And the Luopean lifestyle is incomplete without Rhumba, without Musa Juma. If you go to Kisumu, the Range Rover will be parked on the streets as the Luopean’s shoes get shined. The lyrics will play; Baba nokayudo pesa mada bi agoni…

Speaking of Kisumu, it is the world’s most hidden spot. You have not eaten ugali until you taste ugali in Kisumu. And what is this obsession of Kenyans with Ugandan men? Even us Ugandan men, we do not trust ourselves. Is it not a greater risk for the daughters of Mama Ngina and Mama Mboga to place that much trust in us?

The reports from Nyege Nyege show that Ugandan men are once again on top. The other week, the side dishes were on top. They now have a Patron Saint in the cover of Camila. From Nyege Nyege, Kenyan women reportedly hit jackpots (or should we give them uniforms).

The Nyege Nyege that was

I have lived a long life in my short years. I have Luopean, Ganda and Cwezi genes. But above all, I have been to all Nyege Nyege events but one. I made the Itanda pilgrimage.

There is them updating everyone in Kampala as though Nyege Nyege is some form of arrivalism. There is them the media. There is them the guy with no accommodation yet surviving from one day to another. There is them, the ones mean with their power banks. Shall we survive these at the gates of Heaven? When God sets a retake for some of us? And they cannot share the answers with us.

There is them, our bosses, shocked at our Nyege Nyege transformations. Shocked that we did not notify them about our weekend escapades. There is that dude trying to join zoom with the background of the fools. There is them who have been to all stages, danced all dances, eaten all rolexes. There is them swearing to defend Nyege Nyege at all costs and never to retreat from any future pilgrimages.

There is them dying with FOMO in Kampala, rushing last moment to Itanda. There is them the gamba n’ogus realising there is no preferential treatment here, no sirens to sound. Yes, there is them, the ones benching our beers, and showering us with praises. There is them the quasi-rastafaris, waiting to land a visa, speaking African renaissance.