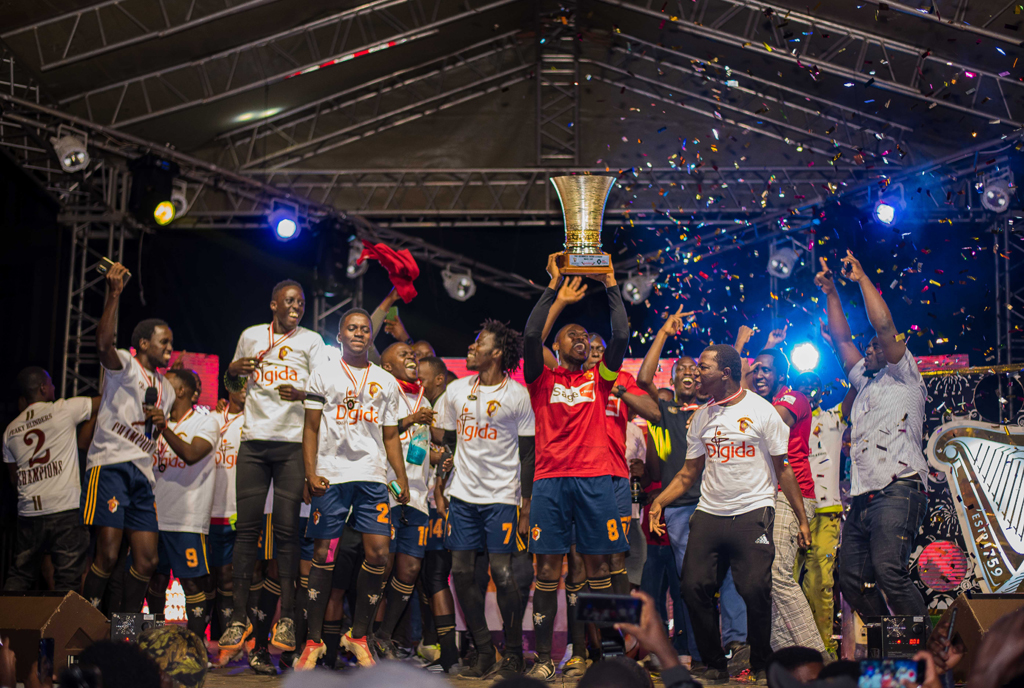 New vibe. The gist of the leagues being occasions for re-living school times over football have now evolved into displays of superiority, grandiose, shut-down partying and silent-competition for spending power. Trevor Taremwa dives deep into why school leagues are currently in vogue.

It was more than nostalgia and football at the recently concluded fifth season of the Budo league as old students were dazzled by the sight of a chopper hovering over Legends Rugby Grounds to deliver the season finale’s trophy.

Social media was immediately awash with posts of acknowledgement that the Buddonian flex still reigns supreme, in or outside the school.

The idea of school leagues has been around for a while with some school leagues more than half a decade old. However, since the inception of pioneer leagues such as the SMACK league, many other school leagues especially by traditional schools have since cropped up, with each school’s alumni trying to create a league that brings them together. 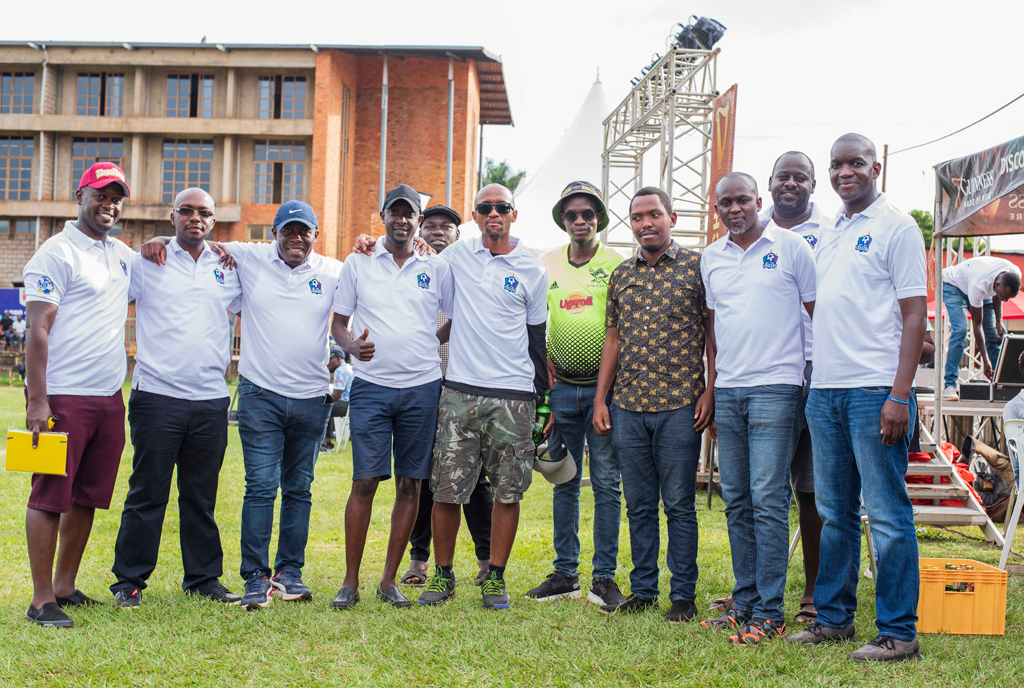 The party thirsty elite do not have to look forward to the next Blankets and Wines party or Nyege Nyege to enjoy  a well-orchestrated party. Weekends are not a day for brunch anymore. School leagues are the new party fever. When football is being played, beers bottles are being popped. When the football is done, more bottles are popped. When night time descends, mayhem is unleashed. At the end of a school league match-day, it is common to see top-tier artists such as Karole Kasiita, Cindy Sanyu or even Azawi shutting down the night. Infact, it is safe to say that most people attend school leagues simply for the party. School leagues are officially the new party central.

With minimum and effortless advertising, it is mind blowing to see school leagues attract the kind of crowds they pull. Minimum advertising, maximum effect. FOMO (the fear of missing out) is the only explanation to it. The Kampala elite move in droves and in those droves, they subscribe to the latest wave so religiously that once the wave bites, almost everyone wants in on it. School leagues lately are the new Sunday plot and the latest badge of coolness. Remember when the comedy bug bit and attending a comedy show was the cool? School leagues are the new cool. It is to no surprise that an initiative that was started by one school has now blossomed into the latest cool. 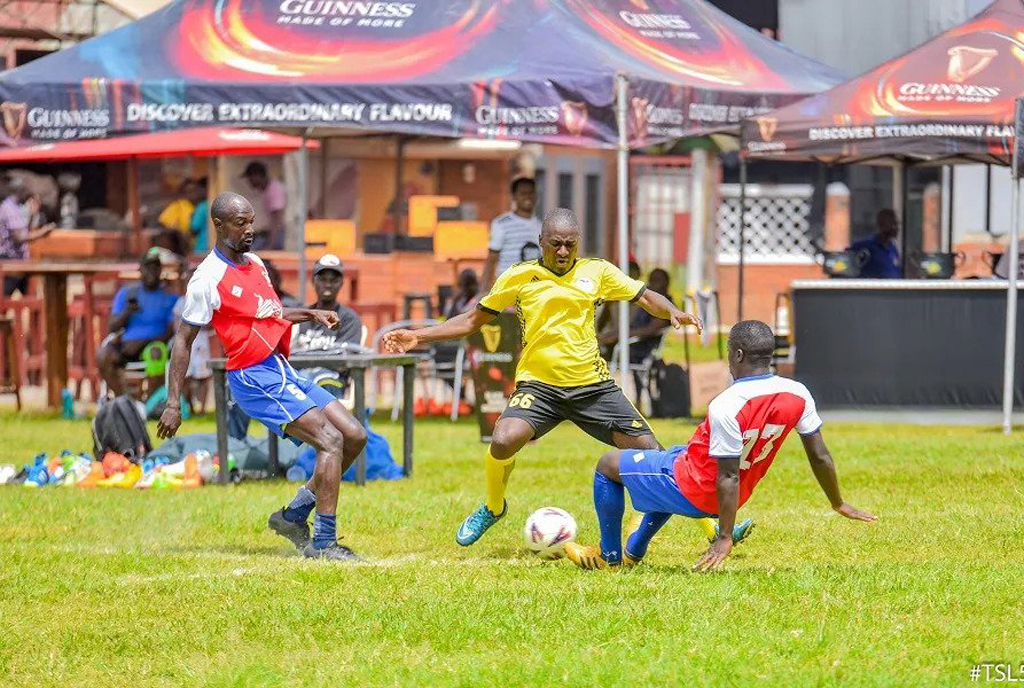 In 2021, an average 30-second commercial at the super-bowl cost up to $6.5m. The super bowl is the holy grail of advertising in America. School leagues have fast become advertising holy grail in Uganda itself as every CEO or budding entrepreneur wants to have their brands associated with a flourishing school league, either on the social media posters, team jersey or as a tear drop at a match day. For a league such as SMACK, match day posters are congested with a multitude of logos from both established and budding hustles that are supporting the cause in one way or the other. In retrospect, school leagues are now a hubbub for business, entrepreneurship and anyone looking to promote their hustle in a major way.

School leagues are now a major platform to flex muscle, pedigree and worth for schools as a unit and the old boys as individuals. School rivalry has since time immemorial been a defining element of the pedagogical space in Uganda especially among the more traditional schools. Popular rivalries evolved around academia, sports and choice of girls’ school for social functions (sosh). One of the most popular rivalries of all time is the Namilyango-Smack Rugby rivalry that at one time escalated into a violent show down. The rivalry has been ignited once again by the school leagues as each school tries to outcompete the other for the hottest league. Schools try to out-flex other schools while individuals try to out-flex their former schoolmates. He who pulls up in a Subaru will have more bragging rights than a pedestrian while he who pulls up in a German machine will flex more than both former and latter. Individual flex aside, we are yet to see better than the Budonians who pulled up a flying chopper for their league finale as far as institutional flex is concerned. Fireworks, top notch artistes, grand stage displays are all tactics school leagues have been deploying to have more bragging rights over their counterparts and rivals. Gone are the days when the parameters for school flex were when your school had a better bus than its sworn rival. The school leagues are set to keep the rivalry in motion, but this time round, the money will speak.

Old boys’ associations have always been the glue that unites students that leave schools. These associations themselves have kept evolving from previously having universities as their stronghold centers, meeting in swanky upscale hotels, the WhatsApp group era and now school leagues fronting themselves as the new face for these associations. At school leagues, platform is offered to various generations to take part of the games, either as participants or as fans. Unlike the formal, money-scheming old boys’ meetings that were much more suited to the older generation of old boys, school leagues are open to anyone, are much more enticing and fun hence being a much more uniting factor for old boys to meet and the heat being gathered by these leagues is only evidence to that.

The SMACK league as one of the pioneer leagues has been a home for innovation and evolution as far as old boy leagues are concerned. It is arguably the oldest old boy association league and it has redefined what Sundays at Legends Rugby Grounds should look like. Innovations such as having wives and girlfriends take part on matchdays and various charity causes have set the SMACK league apart as one of the most elite. Smackists are not to take their entertainment lightly and they are always at the forefront of having the hottest entertainers and hype men keeping the party alive once matchdays are done. The prominence of this league has made it a social phenomenon as it is reported that matchdays have more non-Smackists than Smackists themselves. 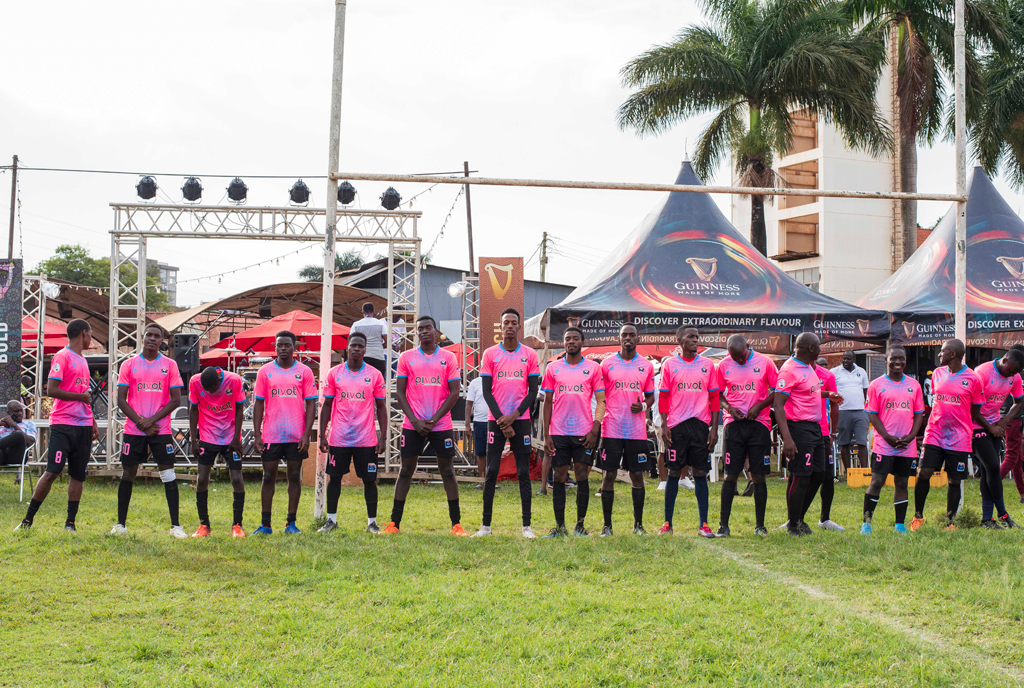 Budonians have outdone themselves when it comes to the league as they have always found a way of raising the bar. The most recent was when they chartered a helicopter to drop off the season finale trophy to the league grounds much to the spectacle of onlookers. The Budo league is synonymous with top notch entertainment as they have always kept their league days lively. The latest development to this league was the recently concluded inaugural Guinness Budo League Awards Dinner at the Lake Victoria Serena Hotel. A first of its kind which speaks to the Budonians thirst to consistently raise the bar.

Busoga’s very own college has distinctly set itself apart. Many traditional schools do not have football as their main sport but have sidelined their main sports such as Rugby to accommodate most people under the football umbrella since it is a much more accommodating sport. However, the good folk from Mwiri, despite starting a football league of their own, have stayed true to their roots, starting up a cricket league to accommodate for their first love. The Mwiri cricket Wembley league, a spin-off from the football league, has since become an old boy favourite, as it is occasionally hosted at the Kyambogo cricket oval. This might kickstart a series of other leagues based off other sports such as basketball and rugby.