Representing: Eddy Kenzo was the first East African to win a BET and Nickelodeon awards, Pr George Okudi was the first and only Ugandan to win a Kora award but there are so many Ugandans who have kept the Ugandan flag high but have not got the credit they deserve.

Jennifer Nansubuga Makumbi is a Uganda-British novelist and short story writer whose novel, The Kintu Saga was shortlisted and won the Kwani manuscript Project in 2013.

That same year, she was shortlisted for the 2014 Etisalat Prize for Literature and was awarded a Windham-Campbell Prize in the fiction category while in 2021, her novel The First Woman, won the Jhalak Prize.

Born in the 1960s, Nansubuga is a lecturer in Creative Writing at Lancaster University and lives in Manchester with her husband and son. 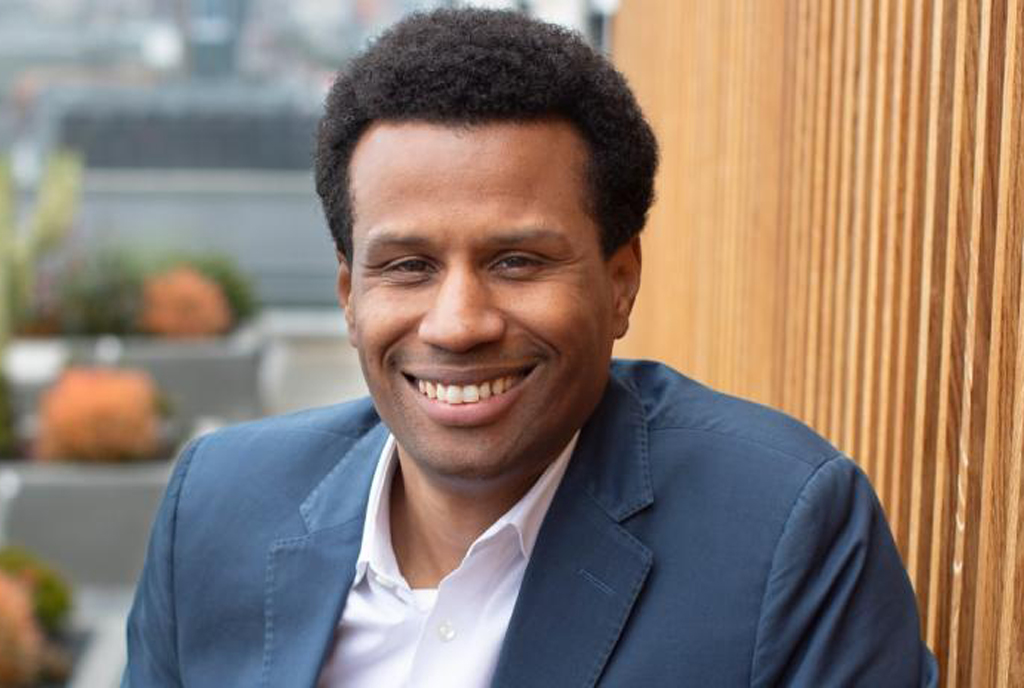 Most people knew Tendo Nagenda after Queen of Katwe, which was a production of Walt Disney Studios where he was the executive vice president of production.

Tendo Nagenda was born to a Ugandan father and a Belizean mother in 1975, in Los Angeles. Nagenda has university degrees in both Economics and Government and worked as a financial consultant with global firm Deloitte & Touche before changing careers to filmmaking. He worked for HBO Films before moving to Warner Independent Pictures as a junior creative executive. He worked at Plan B Entertainment (Brad Pitt’s company) and Good Universe, before becoming Disney’s vice president of production in 2010.

In August 2018, Nagenda left Disney for Netfilx as the vice president of original film. He had been at Disney for close to nine years at the time.

It is reported in several online magazines that Netflix’s original studio film division, which Nagenda now leads, handles about 20 films. The Ugandan film executive heads all the processes from acquisition to development to financing. 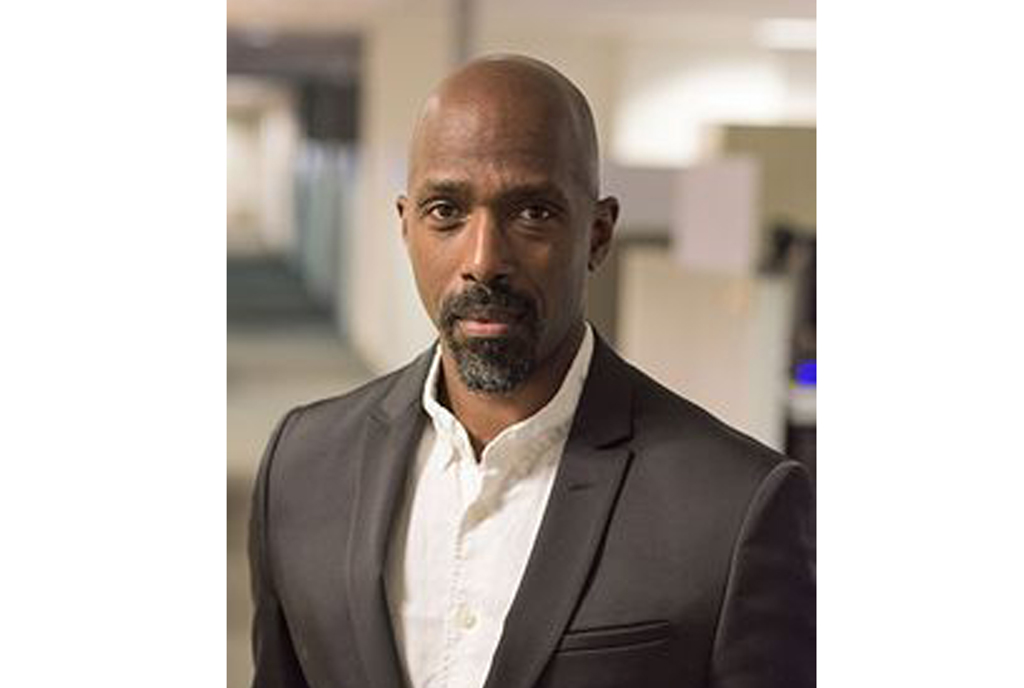 Born in 1967 in Hanover, New Hampshire, Ntare Guma Mwine is a Ugandan-American stage and film actor, playwright, photographer and documentarian.

Based in Los Angeles, Mwine’s first professional job was the role of Paul in the 1992 US National Tour of Six Degrees of Separation for which he received an NAACP image award nomination for best actor.

Mwine has appeared in movies including Blood Diamonds, which was his debut film, then he made an appearance in New York Undercover in 1995. He also appeared in recurring roles as the mysterious Usutu in Heroes, as Tom Adler in CSI: Crime Scene Investigation and as Maurice Devereaux in The Riches. He also played a minor yet recurring character in HBO television series Treme.

In 2018, Mwine featured as Ronnie in the Showtime television series The Chi, which follows residents of the Chicago South Side. In 2021, he joined the cast of the Netflix series The Lincoln Lawyer and stars as Detective Raymond Griggs.

Mwine’s photography work has been displayed at the United Nations, The Latino Art Museum in Pomona, California, UCLA’s Fowler Museum of Cultural History and other museums worldwide.

Mwine was nominated for Helen Hayes Award for Outstanding Lead Actor in a Non-Resident production for his role in Six Degrees of Separation, played Julius Van George in Scent of the Roses at the Seattle Contemporary Theatre in 1998 and his inaugural documentary, Beware of Time was screened at the 2004 Pan African Film Festival in Los Angeles and the Black International Cinema in Berlin, describing the lives of people living with HIV in Uganda. It was named the best film on matters relating to marginalised people. 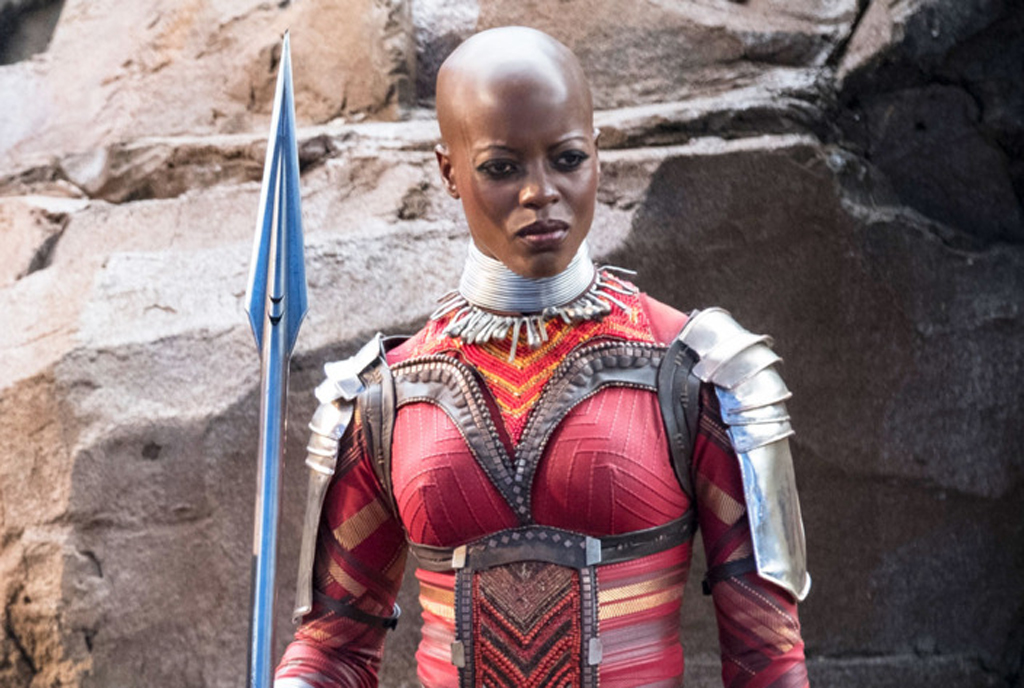 Best known for her portrayal of Ayo in the Marvel Cinematic Universe and her acting in German and Dutch films, Florence Kasumba is a Ugandan-born German actress who played Senator Acantha in Wonder Woman, Shenzi in The Lion King and the Wicked Witchof the East in the NBC television series Emerald City.

Born on October 26, 1976 in Kampala, Kasumba was inspired to become a performer at 12 years after watching the musical Starlight Express. She earned her degree in acting, singing, and dancing from Fontys University of Applied Sciences in Tilburg, Netherlands and while still in university, Kasumba landed her first professional film role, Silke, in the Dutch motion picture hit I kook van jou. After graduating from college, she performed in many musicals, such as Chicago, The Lion King, Cats, West Side Story, Evita, and Beauty and the Beast. Kasumba was cast in the title role in Germany’s premiere production of Elton John’s international hit musical Aida. She also played Lisa in Germany’s premiere cast of Mamma Mia. She made her Marvel debut in Captain America: Civil War then Black Panther, Avengers: Infinity War and the streaming series The Falcon and the Winter Soldier.

She was nominated for the Black Entertainment Film Fashion Television and Arts Award for international rising star in 2016. 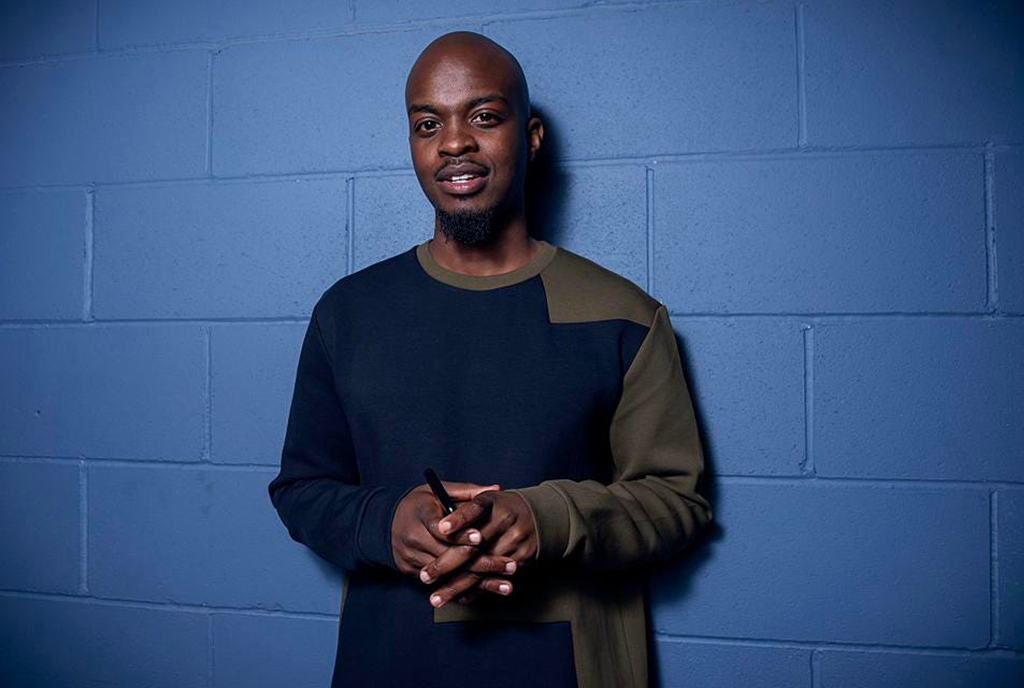 George Mpanga, better known as George the Poet is a Peabody award-winning, spoken artist, artist, rapper, and podcast host with an interest in social and political issues. He came into prominence as a poet, and progressed to spoken word and hip hop. This led to him being signed by Island Records and culminating in the release of his debut EP, The Chicken and the Egg, to critical acclaim. However, Mpanga felt constrained by the art form, quit rapping, and left his record label before the release of his debut album. He moved on to performing poetry and started the Have You Heard George’s Podcast? podcast.

The 31-year-old was elected to be a member of the National Council of Arts for Arts Council England and his Have You Heard George’s podcast won five awards at the 2019 British Podcast Awards, including Podcast of the Year. The same podcast won a Peabody Award, becoming the first podcast outside of the US to win the award.

In 2018, he opened the royal wedding of Prince Harry and Meghan Markle with the poem The Beauty of Union.  He is the ambassador to Sentebale (the charity founded by Prince Harry which helps support young people affected by HIV/Aids in Southern Africa), and a trustee of Arts Council England. 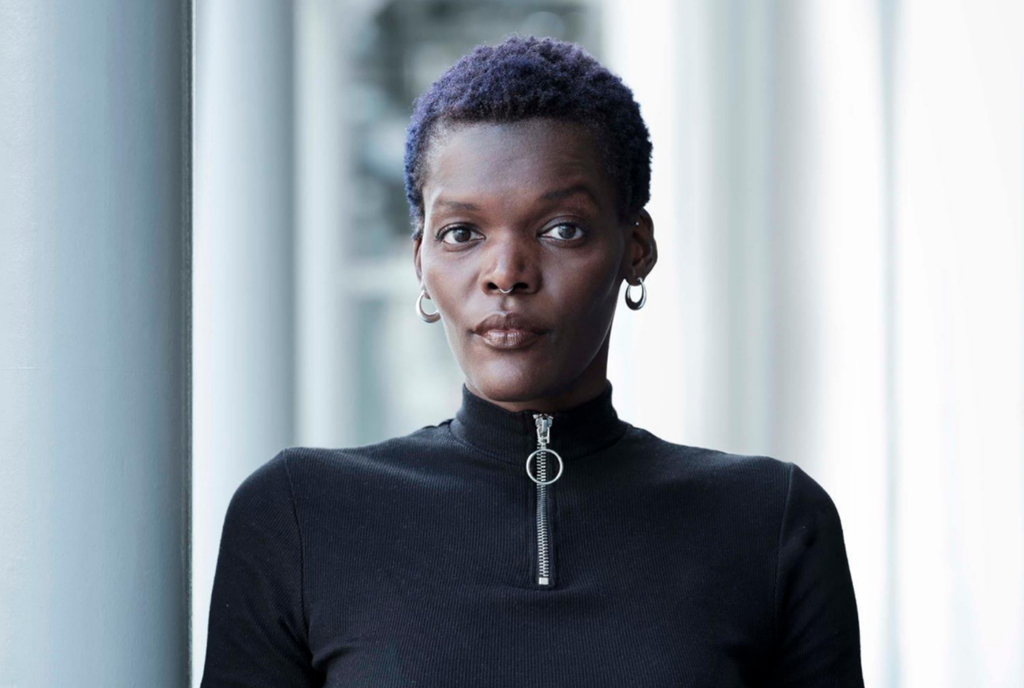 Born in 1991, Sheila Atim is a Ugandan-British actress, singer, composer, and playwright. She made her professional acting debut in 2013 at Shakespeare’s Globe in The Lightning Child, a musical that she co-wrote with her acting teacher Che Walker. Following with critically acclaimed stage roles in the Donmar Warehouse’s all-female Shakespeare trilogy in 2016 among others. She won the 2018 Laurence Olivier Award for Best Supporting Actress in a Musical for her role as Marianne Laine in an original production of Girl from the North Country and then the same award for Best Lead Actress, for her performance in the play Constellations.

She has composed songs for several productions and premiered her play Anguis at the 2019 Edinburgh Festival Fringe. Atim has also been cast in several television series such as the BBC’s The Pale Horse and Amazon’s The Underground Railroad. She has starred in Netflix’s successful sports drama, Bruised.

Atim played Viola and Sebastian in a film version of Shakespeare’s Twelfth Night and won the Screen Nation 2019 Best Female Performance film award. In 2018, she portrayed Limehouse Nell in ITV’s Harlots and was even a cast in Doctor Strange in the Multiverse of Madness as Sara.

In June 2019, Atim was named an MBE for her services to drama. She is also on the Board of Trustees of The Old Vic Theatre Trust. 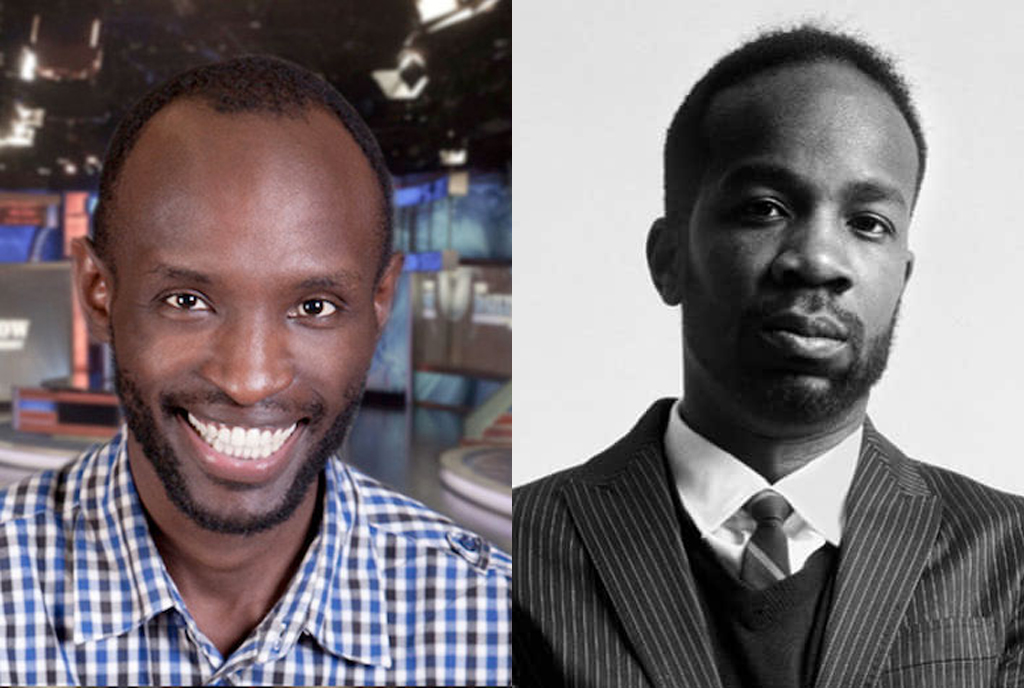 Joseph Opio is a Ugandan comedian and television writer. He earned a law degree and worked as an accountant for Deloitte for many years, later transitioning into comedy. In 2012, he began hosting the satirical news programme LOLUganda and after two seasons, decided to move to New York City to pursue a career in comedy.

While performing at the Comedy Cellar, he met Trevor Noah, who hired him as a writer for his first season of The Daily Show. Opio has been nominated for two Writers Guild of America Awards for his writing on The Daily Show.

However, Opio is not the only Ugandan on the show, we are also represented by David Kibuuka, who is the supervising producer and writer for The Daily Show with Trevor Noah.

The Ugandan comedian and writer in 2020 landed his third Emmy Awards nomination in the category of Outstanding Writing for a Variety Series.

He was previously nominated as best producer at the 2018 and 2019 Emmy Awards for the Outstanding Variety Talk Series category and also received the Image Award for outstanding writing in a comedy series and the Standard Bank Ovation award for the best comedy show in South Africa. 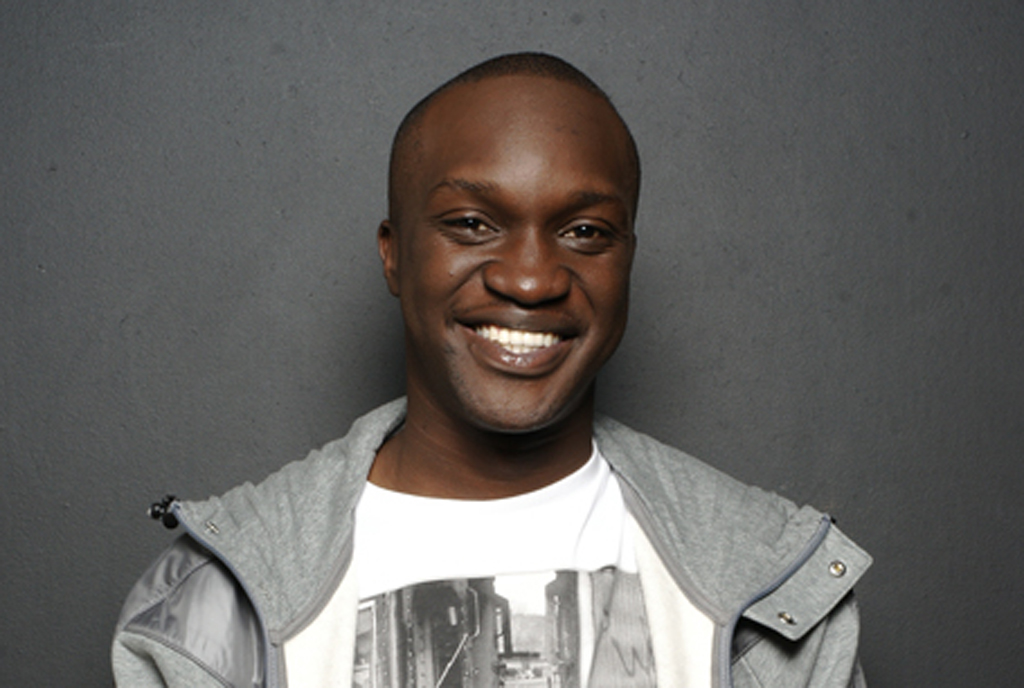 Arnold Oceng, sometimes known as Snakeyman is a Ugandan-born British actor and singer. He is best known for roles in Grange Hill, Adulthood and Brotherhood.

Born on November 30, 1985, he started acting at the age of six and in 1999, he made his acting debut as a child artist with the role Calvin Braithwaite in the BBC children’s television drama series, Grange Hill. The series was highly popular and continued until 2004. Since then he acted in minor supportive roles in many television serials including, Casualty, The Bill and Sold. Oceng made his maiden cinema appearance in 2008 film Adulthood. He later followed with supportive roles in independent UK films, 4.3.2.1. and My Brother The Devil. In 2014, he acted in the film The Good Lie which became his first Hollywood role.

In 2016, he took on the role of Charles in the film A United Kingdom which had its premiere in BFI London Film Festival. Then he starred in the Danish biopic The Greatest Man screened in 2016. In the same year, he joined the cast of film Brotherhood. In 2017, he was nominated for the Male Performance in Film award at Screen Nation Film and Television Awards which was held at the Park Plaza London Riverbank hotel on May 7, 2017. In the same year, he won the award for the best supporting actor at National Film Awards UK for his role in Brotherhood.