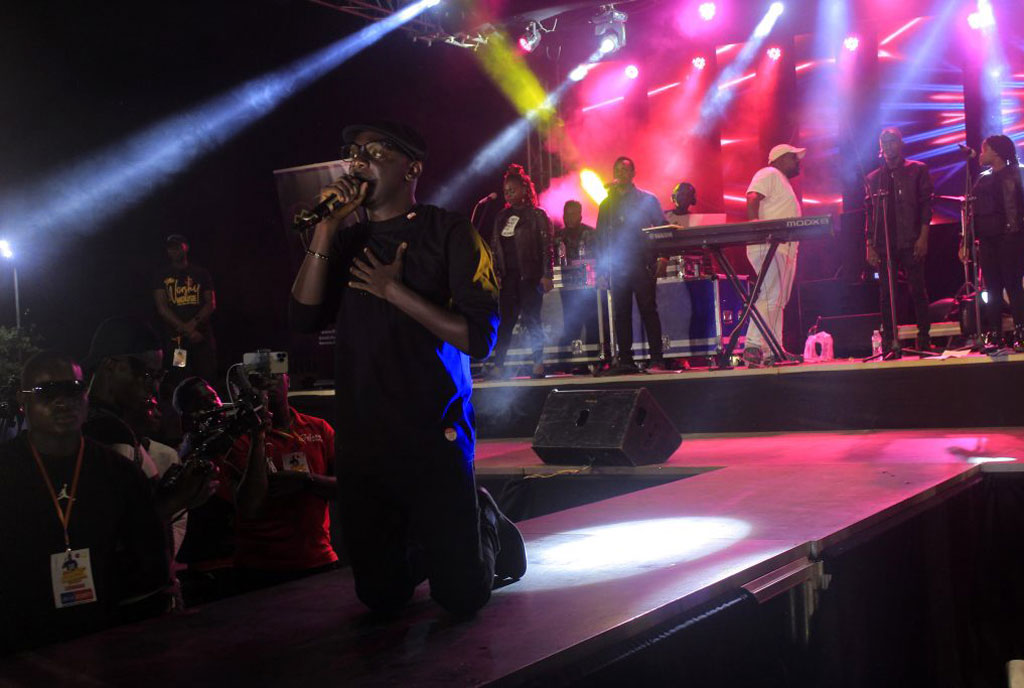 Versatility for an artiste should come in handy because there will come a time when it’s actually what should bail you out. Last Friday evening, Pr Wilson Bugembe had his concert dubbed ‘Katonda Wabanaku Mwen’o Ensonga’ at Hotel Africana people’s space and it was literally a gospel concert where secular artistes would only fit in with at least a song in that direction.

The main purpose of the show was to raise funds for the construction of his Worship House church in Nansana and going by the numbers that turned up, it was a success.

Reveller started accessing the venue as early as 4pm even though the show was advertised to start at 6pm. By 8pm, all seats were occupied and several revellers opted to watch the show standing.

Being a gospel show, many of the performers either came from Bugembe’s church or were his friends and among them included Pastor Twinna Herbert, Exodus, Joseph Ssegawa, Betty Nakibuuka, Gabbie Ntate, Betty Namaganda, Brian Lubega, Levixion and Joy Tendo, among others. They would each perform a song or two out of their catalogue.

Among the secular musicians who came through to support Bugembe included Roden Y who didn’t leave the audience the same with his stage madness. He removed his shirt and pulled rare dance strokes while performing Sitani Tonkema which left the audience in a joyous mood.

“This is a blessed concert even Kabako out of his many songs has decided to at least perform a religious song in Sitani Tonkema,” remarked Patriko Mujuuka who was one of the emcees during the evening. 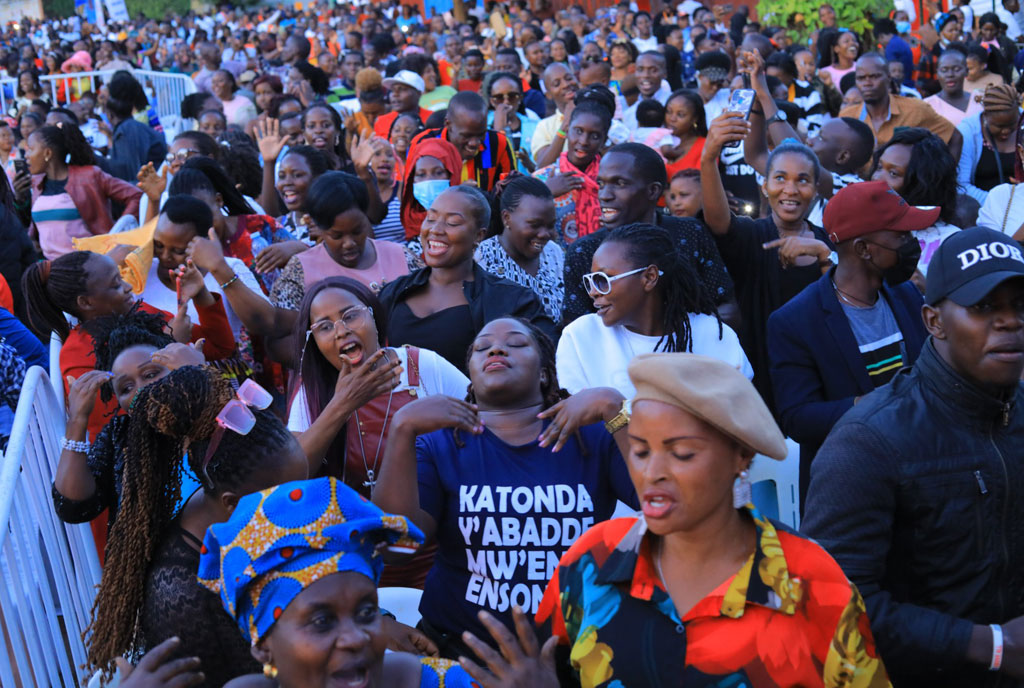 Spice Diana was the other artistes who sang at this concert but didn’t get the memo. Her line up of songs including Body and, Kokonya didn’t charm the crowd. Noticing from a distance, Messach Ssemakula might have changed strategy as he immediately worked the crowd with Kankutendereze and before the audience could settle back in their seats, Bebe Cool also came through with Talimba Yesu which further sent them into excitement before he switched to Love you everyday and Wire wire.

At 10:10 pm, Mujuuka announced that Pr Bugembe was coming on stage and his back-up line started taking their positions. Before he stepped on stage, acrobatics were the first to entertain the crowd with somersaults and then five female dancers clad in white nun clothes took over and performed for about five minutes. 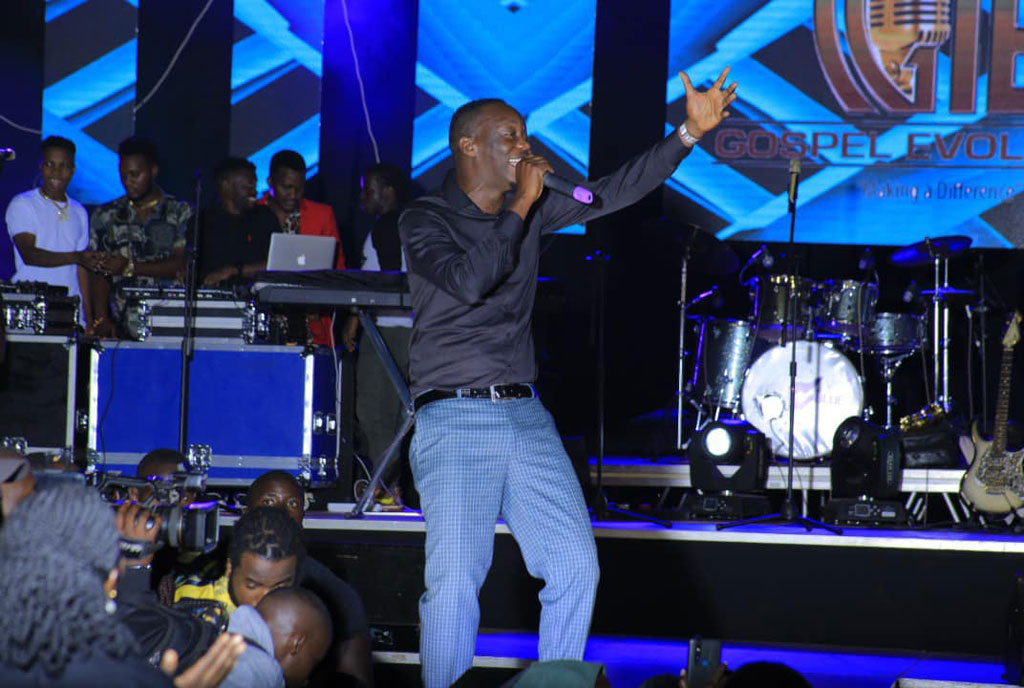 Bugembe emerged from backstage with Mpangira akawala ako, Lengera Embaata, Bilibabitya, Kani and Ani. But before he could go on, there was power disruption on the stage. Sound and lighting went off for about seven minutes. The audience chipped in clapping and singing along but after three minutes they also gave up. It was then up to the dancers who never gave up. They continued performing different strokes until power was restored.

Bugembe took it up from there with Komawo eka, Mukama Njagala Kumanya, Bamuyita yesu and Omwoyo we which was one of the key moments of the show. He instructed the audience to torch up their phones as the main lights were dimmed. He then did Miracle before Nina Roz joined him to do Haleluya Tutaimba.

Bugembe only did one session and the other artistes including Flona and Fresh Kid who couldn’t get a chance to perform just joined him on stage just for appearance. 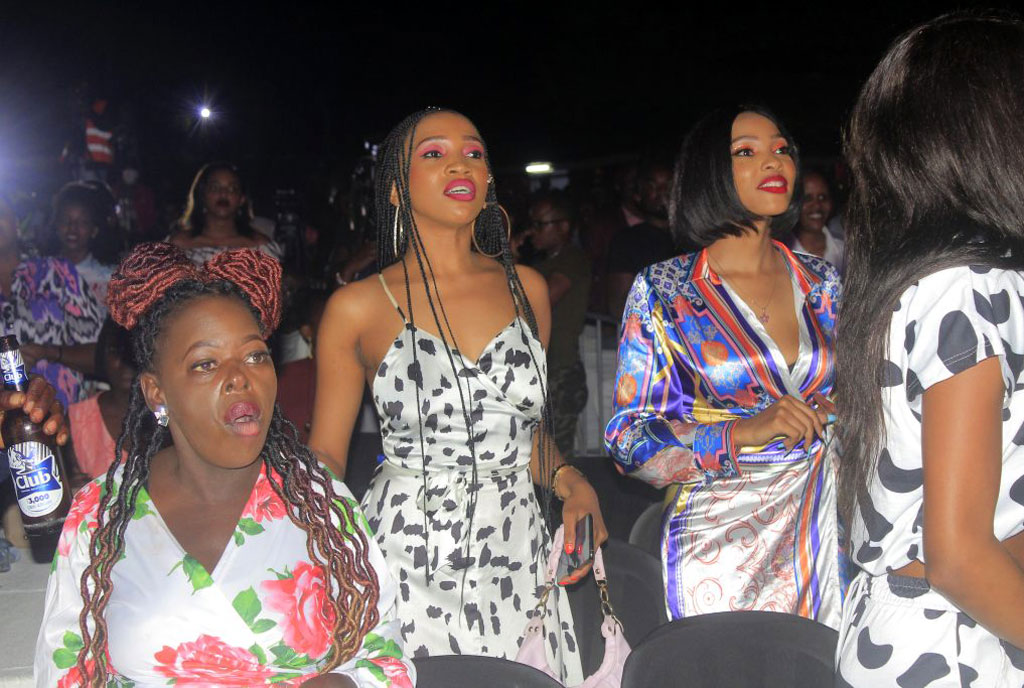 Midway through his performance, he prayed that Maama Fina could become saved as on the other hand tik toker Asiya prayed for him to get a wife.

Over Shs15 million was collected from different people towards the completion of the church which Bugembe says will have a seating capacity of over 6,000, sports grounds and a cinema hall.

The the exception of relatively poor sound, the show was a success as far as attendance was concerned.