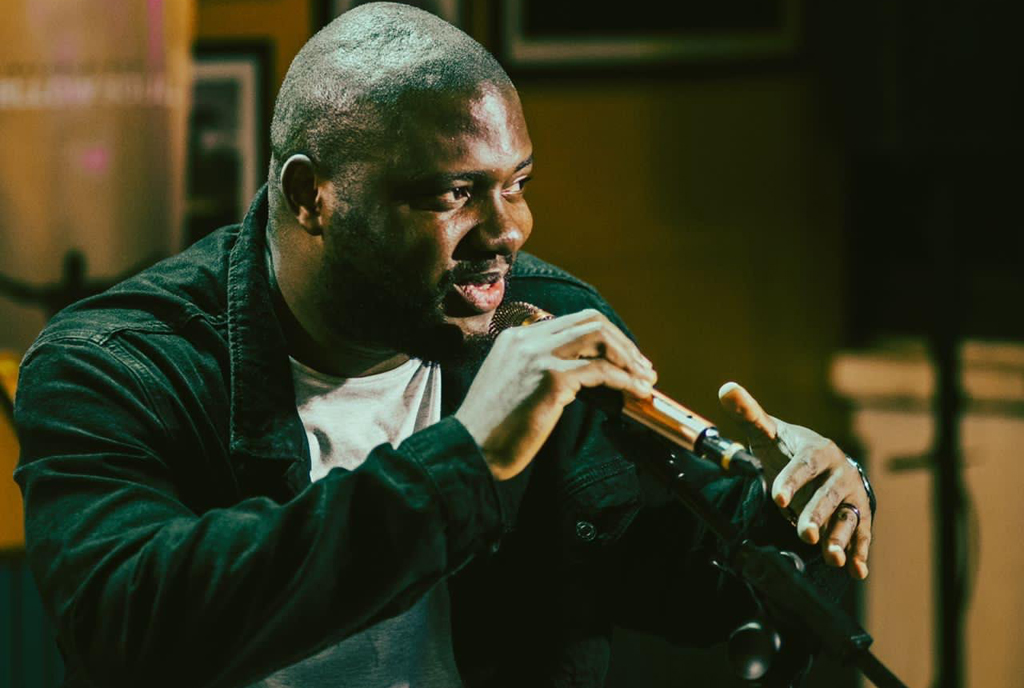 Malcom Rue explained that Yellow Soul, from which the album is named, is about being the best version of yourself. Photo / Esther Nantambi

The Aleph on Kanjyokya Street was lit with vibes and dance last Friday as Ugandan-based Nigerian gospel singer Reuben Kingsley, aka Malcom Rue, launched his debut album with a listener’s party.

Dubbed Yellow Soul, Rue’s album stands out for its African rhythms and sounds. From Amapiano to Afrobeat and an infusion of Luganda and Nigerian Igbo and Yoruba dialect, the artiste had his audience well on their feet.

“Why is gospel being played in a bar on a Friday?” An onlooker commented as the event kicked off with various singers doing covers of mainstream gospel songs.

The night would later take a drastic turn when Rue took to the stage. His, is a rap style with catchy phrases that made it easy for the audience to sing along.

“Yellow Soul is special in so many ways. It shows different styles of Afro such as Afrosoul, Afrojazz, Afrohiphop, and Urbanafro,” the artiste commented, adding, “This album shows off my versatility in writing, infusing choirs, using catchy choruses and rap.”

The album is the first time ever for the rapper to use local dialects to tell his stories.

As the night ended, the crowd repeatedly screamed, “Yakpa!” a phrase from one of the songs. Malcom Rue honoured their demand and sang Yakpa as fans danced and cheered him on.

The artiste explained that Yakpa is an appreciation song about God’s blessings and providence. The word means abundance in Nigeria and is a prophetic song, good to start your day with.

Yellow Soul is a 12-track album and will be released on Spotify, Apple Music, Audiomack and other platforms this Friday. Other songs on the album include You, Jara, Her Vibes, Zion, All I Want, All Day among others.

Nigeria’s Egar Boi produced the album, while Uganda’s John Marie, who also features on the album, recorded it.  Other artistes featured include J’dess, Protek, Sandra Okafor, Dre Murray, among others.