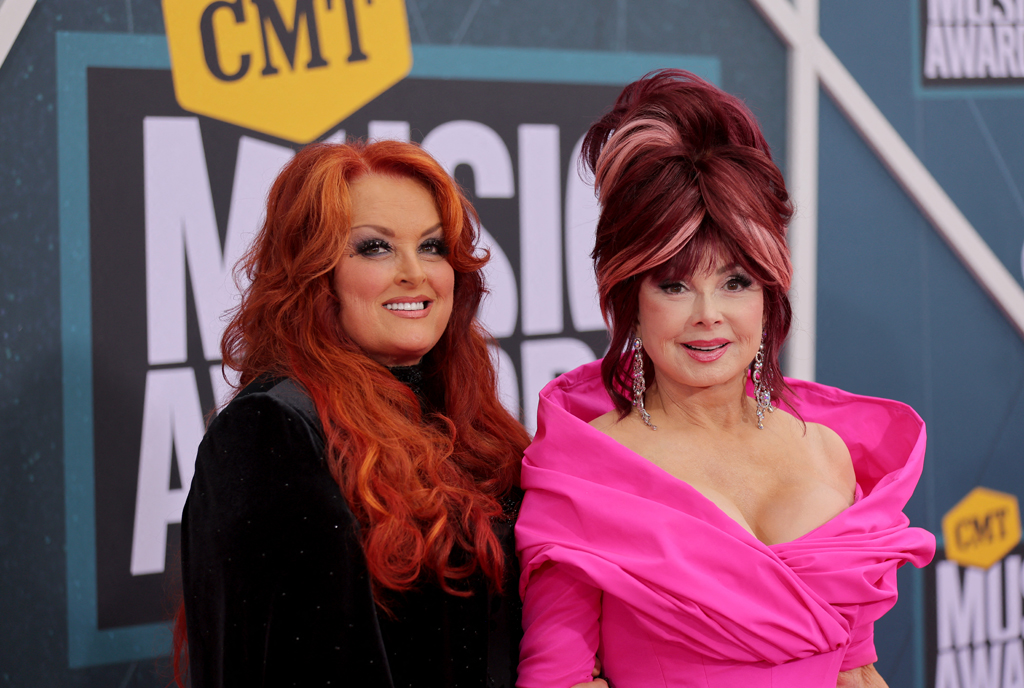 Grammy-winning US musicians The Judds were inducted into the Country Music Hall of Fame in a tear-filled ceremony just one day after the duo’s matriarch Naomi Judd died Saturday at age 76.

Musicians and other attendees mourned the country legend at Sunday night’s ceremony in Nashville, where a red carpet event was cancelled out of respect for the singer and her grieving daughters, singer Wynonna Judd — the other half of The Judds — and actor Ashley Judd.

But the Judds family had requested the induction go on, and country music stars sang the duo’s songs along with those of fellow inductees Ray Charles, Eddie Bayers and Pete Drake.

“I didn’t prepare anything tonight because I knew mom would probably talk the most,” Wynonna, 57, quipped after a hall of fame medallion was draped around her neck.

“My heart’s broken, and I feel so blessed. And it’s a very strange dynamic to be this broken and this blessed.”

A tearful sister Ashley told the audience “My mama loved you so much… and I’m sorry that she couldn’t hang on until today.”

Ashley and Wynonna Judd had announced their mother’s death Saturday in a joint statement.

“We lost our beautiful mother to the disease of mental illness,” they wrote. “We are navigating profound grief and know that as we loved her, she was loved by the public.”

Naomi and Wynonna Judd formed their duo in the late 1970s, although their big break didn’t come until 1983.

Over the course of their career, they had 14 number-one hits and won multiple music awards, including five Grammys.

On Friday, the Country Music Hall of Fame had announced The Judds would join its ranks for helping “take country back to its roots in the 1980s with lean, tuneful songs influenced by traditional folk music, acoustic blues, and family harmony acts.”

Some of the pair’s biggest hits include “Love Can Build A Bridge,” “Mama He’s Crazy” and “Girls’ Night Out.”

The Judds officially disbanded in 1991, when Naomi was diagnosed with Hepatitis C, although they reunited several times for special tours and performances.

Tributes to Naomi Judd poured in from stars including fellow country music icon Loretta Lynn, who said she was “just heartbroken” over the death of “my fellow Kentucky girl, my friend, and an amazing singer.”

In this article:artistes, Celebrities, featured, Naomi Judd, The Judds