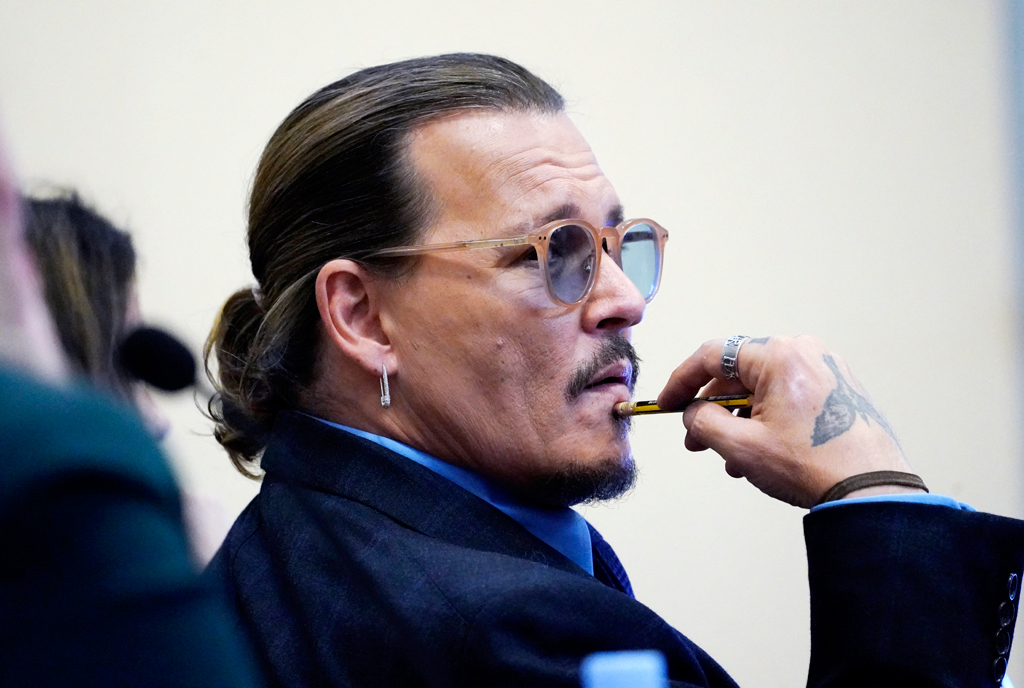 US actor Johnny Depp listens in the courtroom at the Fairfax County Circuit Court in Fairfax, Virginia, on May 2, 2022. PHOTO/ AFP

Johnny Depp was to have been paid $22.5 million for a sixth “Pirates of the Caribbean” movie but the project was scrapped by Disney after his ex-wife Amber Heard accused him of domestic abuse in a Washington Post op-ed, the actor’s agent said Monday.

Jack Whigham, testifying on behalf of Depp at the celebrity couple’s high-profile defamation trial in Virginia, said the Post op-ed was “catastrophic” for Depp’s Hollywood career.

“After the op-ed it was impossible to get him a studio film,” Whigham told the seven-person jury hearing the case in Fairfax County Circuit Court.

Whigham, who has been Depp’s agent since 2016, said that a deal had been reached with Disney for the actor to appear as Captain Jack Sparrow in a sixth installment of the lucrative “Pirates” franchise.

But Disney decided to go in a “different direction” following the December 2018 publication of the op-ed in the Post, Whigham said.

“I successfully made contact with them, but I was not successful in rescuing Pirates for Johnny,” he said.

Depp filed a defamation case against Heard over the column she wrote for the Post in which she described herself as a “public figure representing domestic abuse.”

The 36-year-old Heard, who had a starring role in “Aquaman,” never named the 58-year-old Depp but he sued her for implying he was a domestic abuser and is seeking $50 million in damages.

The Texas-born Heard countersued, asking for $100 million and claiming she suffered “rampant physical violence and abuse” at his hands.

Depp has denied ever being physically abusive towards Heard and has claimed at the trial that she was the one who was frequently violent.

Whigham, under cross-examination by Heard’s lawyers, said the agreement with Disney on Depp’s compensation for another “Pirates” movie was “verbal” and there was no signed contract.

“There was an understanding of what the deal was going to be,” he said.

Whigham also listed Depp’s compensation for a number of other movies he made in 2017.

He said he received $8 million for “City of Lies,” $10 million for Murder on the Orient Express” and $13.5 million for “Fantastic Beasts: The Crimes of Grindelwald.”

In 2018, Depp was paid $3.5 million for “The Professor,” an independent film, and $1 million for “Waiting for the Barbarians,” another indie movie.

In January 2019, he was to have been paid $3 million for a film called “Minamata,” the agent said.

“It was very, very difficult to keep Minamata together,” Whigham said. “The financing became shaky, the budget had to come down, Johnny’s fee came down in order to save the movie.”

Also testifying on Monday was Travis McGivern, a member of Depp’s security team.

McGivern said he was present for one argument between the couple at their Los Angeles penthouse during which Heard punched Depp in the face, threw a can of Red Bull at him and spit at him.

The bodyguard said he escorted Depp out “for his safety.”

“My job is to ensure the safety and well-being of my clients,” he said. “It was time to do my job and get him out of there.”

Depp filed the defamation complaint in the United States after losing a separate libel case in London in November 2020 that he brought against The Sun for calling him a “wife-beater.”

Depp, a three-time Oscar nominee, and Heard met in 2009 on the set of the film “The Rum Diary” and were married in February 2015. Their divorce was finalized two years later.

In this article:artistes, Celebrities, featured, Johnny Depp, Pirates of the Caribbean