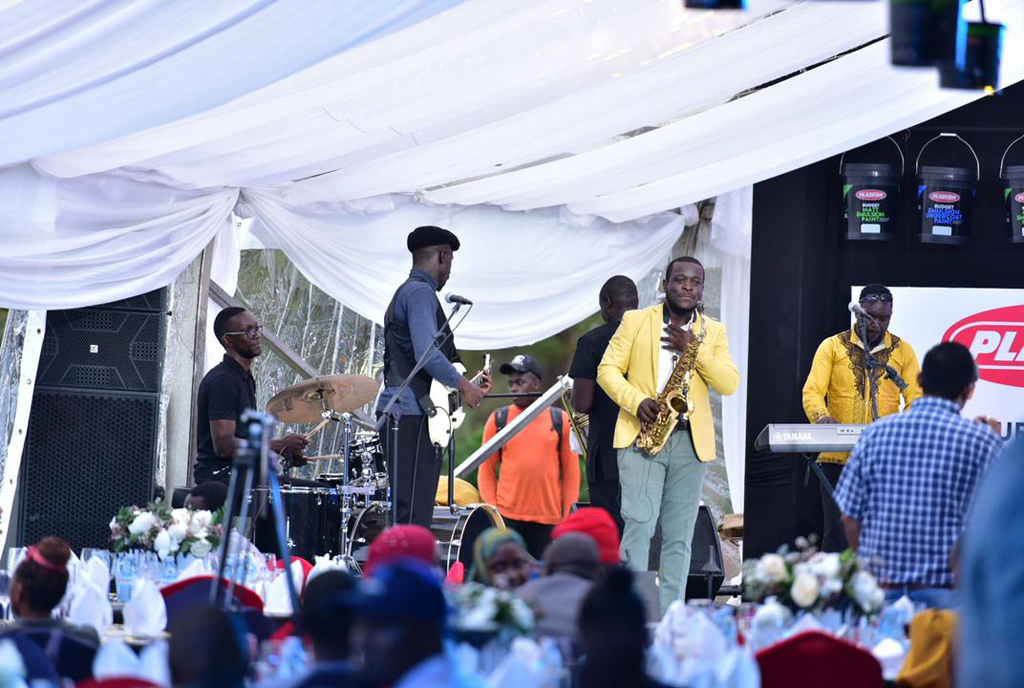 Talk of some of Uganda’s best instrumentalists and Michael Ouma’s name will feature on the list. After performing for other people during events and contributing to the production of some songs, he decided to also start his own band that has some of the best instrumentalists.

From Emma Dragu, Joseph Sax, Michael Kitanda, and Michael Ouma himself among others, there is a fine combination that will have your event colourful. Just like how they did a few days ago during the Kansai Plascon dealer’s dinner at Sheraton Hotel Kampala gardens.

The band took guests down memory lane with soothing cover ballads that left them yearning for more. Many were seen dancing and singing along to every song the band performed and because the audience had mostly people above their forties, they got them hooked to some oldies jams.

On every break from speeches, the band would play for about fifteen minutes before another activity until the company treated their dealers from across the country to a sumptuous dinner.

The dinner which is held annually is aimed at celebrating the company’s dealers for their continued dedication towards the growth of Plascon as a brand and their unwavering support, even in difficult periods and it’s also used as a platform where dealers are briefed on the company’s new products, current performance, and projections of the year.