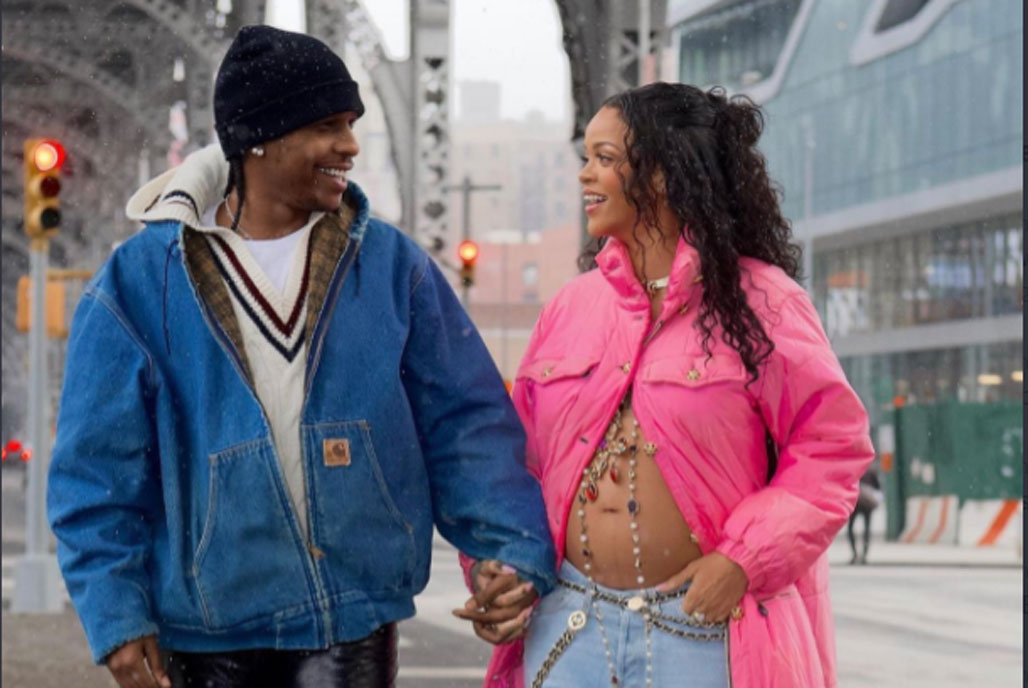 Superstar Rihanna revealed her baby bump in Harlem over the weekend, dropping the news that she is pregnant with her first child.

The entertainment and fashion mogul behind the hits “Diamonds” and “Umbrella” strolled hand in hand with boyfriend A$AP Rocky, sporting a long pink jacket buttoned only at the top, paired with a long bejeweled necklace over her bare belly.

The images captured just after a blizzard dropped a blanket of snow on New York were released and posted on Instagram Monday by the celebrity photographer Miles Diggs.

Rihanna, 33, has for years been teasing her legions of fans about a forthcoming album. Her last studio release was in 2016.

Since then the Barbadian born Robyn Rihanna Fenty has become a billionaire, parlaying her success in music into successful makeup, lingerie and high fashion brands.

Rumors that Rihanna and A$AP Rocky, who was born in Harlem, were dating swirled for years before the pair confirmed last year that their romance was official.

In an interview with GQ magazine published in May 2021 the now 33-year-old rapper called Rihanna the “love of my life” and “the One.” 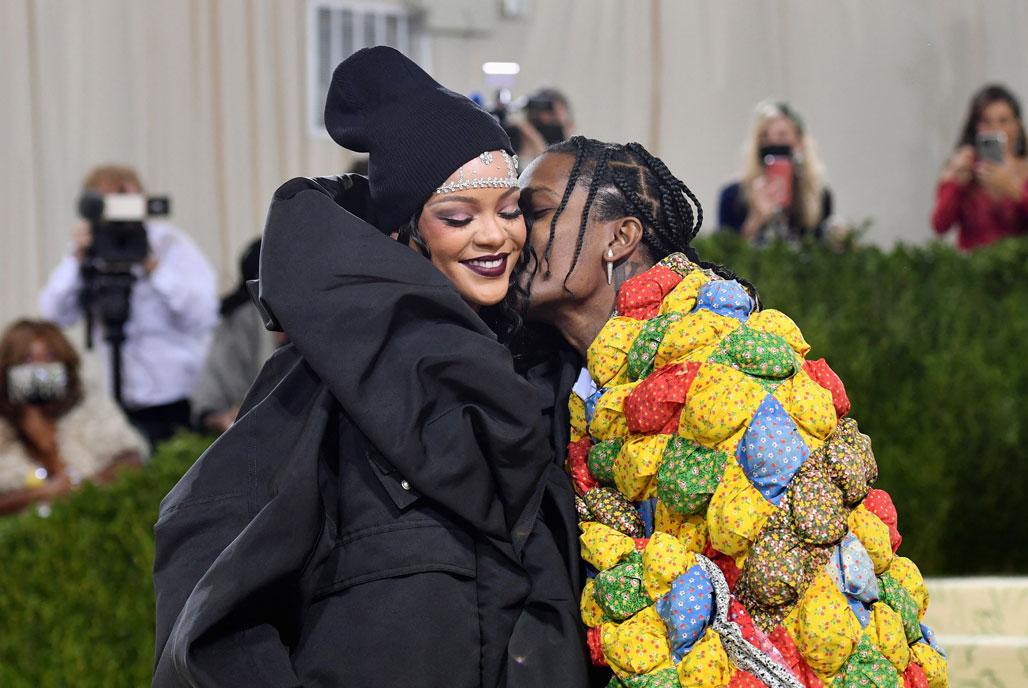 In this file photo taken on September 13, 2021, Barbadian singer Rihanna and US rapper A$AP Rocky arrive for the 2021 Met Gala at the Metropolitan Museum of Art in New York. Rihanna revealed her baby bump in Harlem over the weekend, dropping the news that she is pregnant with her first child. PHOTO/AFP

Asked in that interview if he was ready to be a father, A$AP Rocky said “I think I’d be an incredible, remarkably, overall amazing dad.”

“I would have a very fly child. Very.”

In Rihanna’s native Barbados, where she holds the title of “national hero,” residents voiced excitement over the baby news.

“Wow. Are you serious? Wow. Congrats! All I can say is congrats,” one 35-year-old, who gave his name only as Bernstein, told AFP, speaking from the coastal parish of St. James.

“I hope it follows after mommy’s footsteps and makes an important mark on the international stage, coming from Barbados.”

A 27-year-old fellow Barbadian, who gave his name as James, was also brimming with joy for the most famous citizen of the island nation, which recently became the world’s newest republic.

“I’m really happy for you. I just hope this bundle of joy makes you more happy than you already are.”

“Congratulations from all of us here in Barbados.”- By AFP