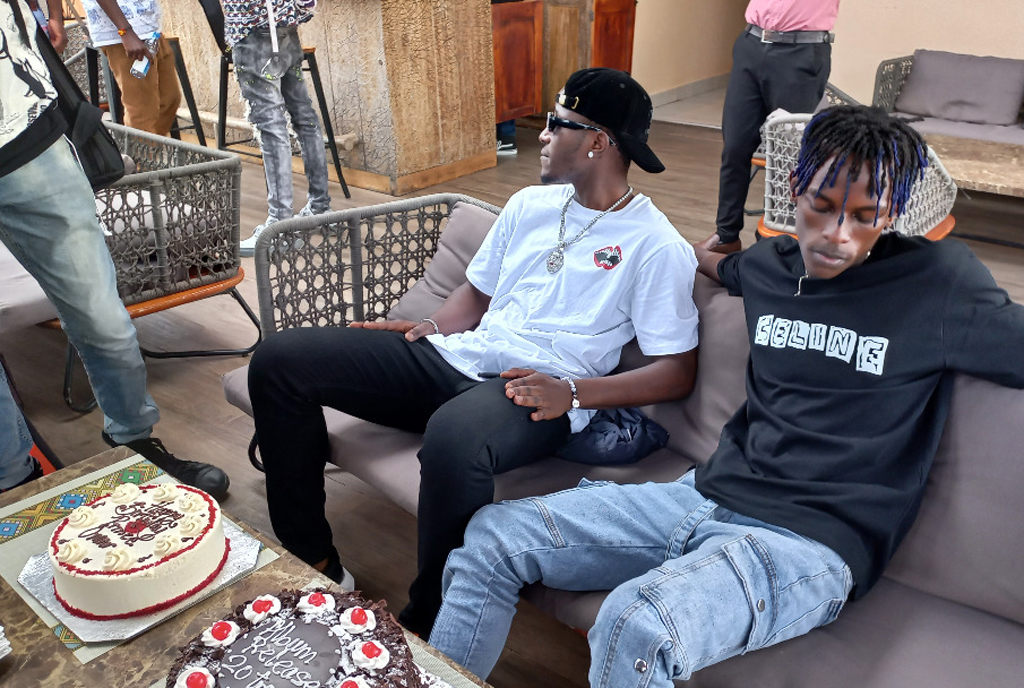 Album releases are the in thing right now for music artists and seems Prince Omar is not ready to be left out. After Ykee Benda, Azawi, and Eddy Kenzo releasing their albums recently, Omar has also decided to announce release his 20 track album titled ‘Rocket’. This was not just an announcement but it was also Prince Omar’s birthdate and to celebrate with him was his close friend and TikTok star Mikey who also decided to surprise 22-year-old with a lavish birthday surprise party.

Held on the rooftop of Millenium Terrace Hotel, singer Prince Omar was left jaw-dropped when he walked in to find a swarm of journalists armed with cameras waiting to record every moment of the event. The party had also attracted Omar’s close friends.

Seemingly overwhelmed by emotions as evidence by the watery eyes, Omar said “No one has ever done anything like this for me.”

Mikey honored Prince Omar with two cakes; one for his birthday and the other for celebrating the new album.