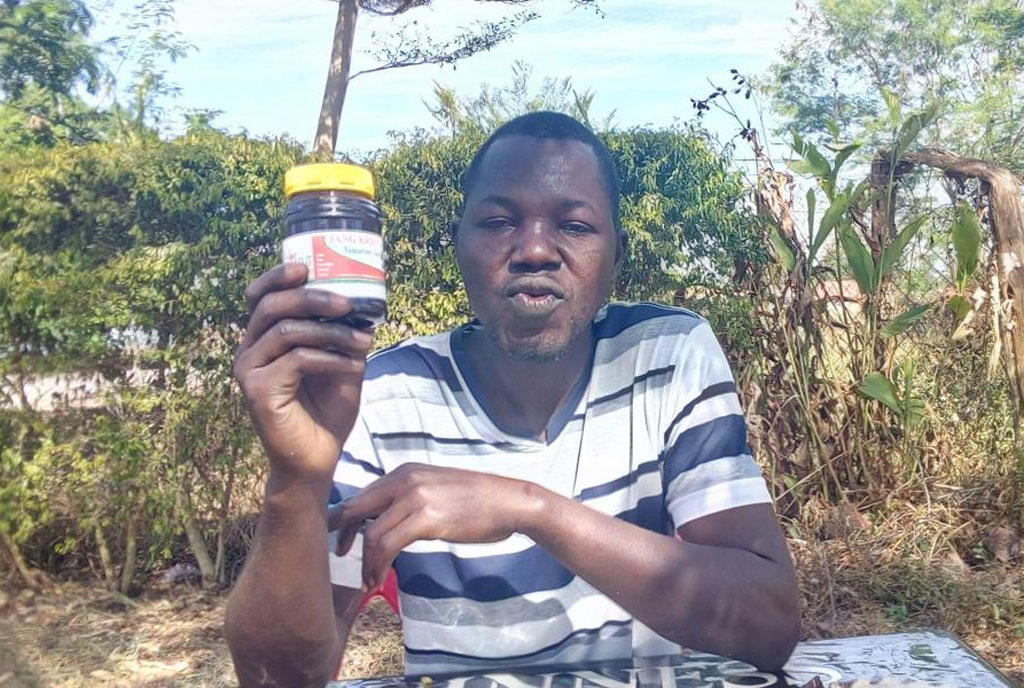 Jimmy Okello never thought that the recipe for making tamarind jam for his family use would one day save him from deep financial troubles.

However, when his wife spent six months in Lacor hospital in Gulu after an operation gone wrong, Okello decided to make some money from the recipe.

Until the outbreak of COVID-19 in Uganda in March 2020, Okello, 36, earned from singing at weddings, traditional marriages, graduation parties, and other gatherings after failing to complete his certificate course in civil engineering due to lack of school fees.

Although he started singing in 2009, Okello says it was not all rosy, because clients prefer to pay for services of musicians with ‘big names’. At most he could get three clients a month.

Okello’s financial challenges increased when the government instituted the first lockdown in March 2020 to contain the spread of the Coronavirus disease. Music artists were among the most affected people as concerts and the government stopped all forms of gatherings.  Singing has been Okello’s only source of income. His family was surviving on the little savings he made before COVID-19 struck. However, two months before the lockdown, Okello’s wife got a complication that needed an operation.

Both the first and second operations were mismanaged at a health center in Kitgum district, and she was transferred to Lacor hospital, where she underwent two more operations that kept her in hospital for six months.

Okello says that he spent all his savings and sold some property to clear the hospital bills.

That’s when he recalled that a family friend had in October 2019, taught them how to make tamarind jam, which they were only used at home. He went on the internet and started researching more on how to improve the jam and its health benefits. In June 2020, two months after his wife was released from the hospital, Okello made five containers of tamarind jam and sold them to friends and neighbors.

Although the business gave a clear profit, it was not easy because Okello had to move from door-to-door to sell, yet movement was also restricted.

Okello started by packing the tamarind jam in a one-kilogram container at Shillings 8000. He moved with samples for potential clients to taste. Those who tasted it as well as friends, helped him market the product and he made more sales.

Now, Okello sells at least 100 containers of tamarind jam a month in Kitgum municipality. He vends the products from office to office and home-to-home and supplies some in supermarkets and restaurants.

He says the business is good because of the availability of tamarind fruit in the Lokung sub-county where he hails from and elsewhere in the Kitgum district. Okello hopes to increase his production when the president fully reopens the economy and starts another business from the savings he has made from the tamarind jam business. What clients say about the tamarind jam

Christine Ajok, a market vendor says she likes the tamarind jam because it is multipurpose. “I can use it in my tea and porridge without adding any sugar,” Ajok says.

Stephen Okene, a shopkeeper in Kitgum municipality, says that he knew the product was good when he bought one tin and his three children finished it in one day before he even tasted it.

“Now, I buy two containers, one for me and the other for the children,” Okene says.