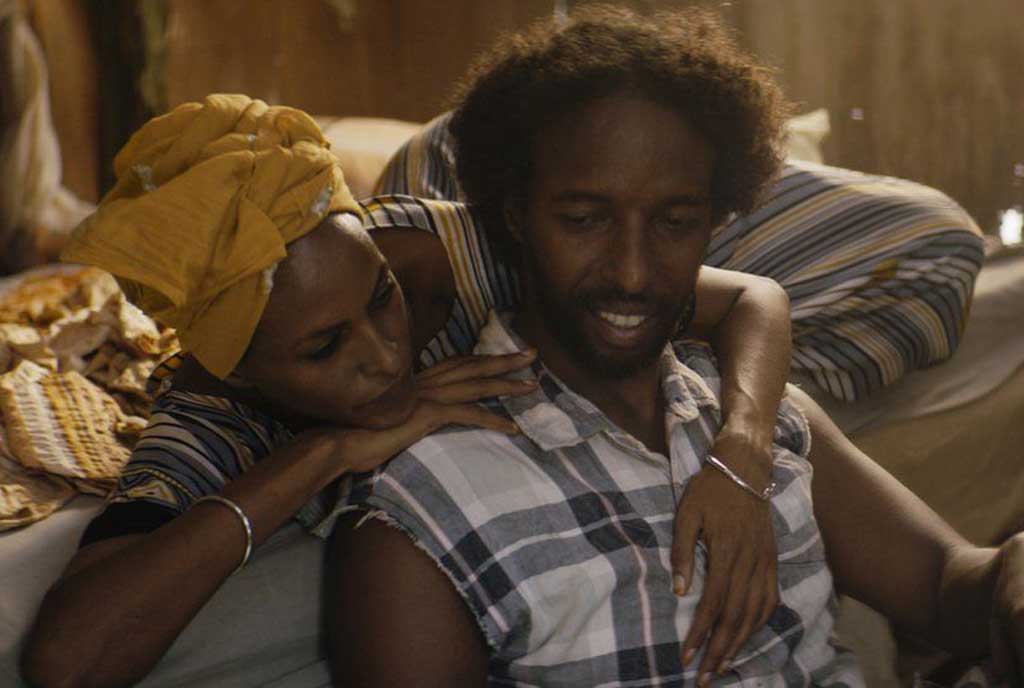 A feature-length film by the Somali-Finnish filmmaker and director Khadar Ayderus Ahmed titled The Gravedigger’s Wife won the best film award at the 27th edition of the Pan-African Festival of Cinema and Television of Ouagadougou (Fespaco).

Ahmed, 40, was not present at the awards ceremony held on October 23. His film beat 16 others to win the “Étalon de Yennenga” (Stallion of Yennenga) awarded to the African film that best shows “Africa’s realities”.
The prize is named after the Golden Stallion of Yennenga, a mythical beast in Burkinabe mythology. The winner also takes home a cash prize of $36,000.

The 83-minute love drama acted in Somali, which Ahmed wrote and directed, and was released this year, revolves around Guled (played by Omar Abdi), whose job is to wait outside hospital to bury the dead.
Guled, a middle-aged man, lives in the slums of Djibouti city, and works hard to make ends meet.

His wife Nasra (Yasmin Warsame), who suffers from a chronic kidney disease, desperately needs a transplant. A donor is found, but it’s not the end of the struggle. In order to buy the kidney, Guled needs to find, in only two weeks, as much money as a gravedigger earns in a year.

Guled and Nasra, who live with their teenage son, Mahad (Kadar Abdoul-Aziz Ibrahim) push themselves to the limits. How can they find the money to save Nasra?
“I’m in awe. I’m speechless. Words cannot express my gratitude and appreciation for this type of love from the continent. Congratulations to everyone involved,” Ahmed posted on his Instagram wall.

Why this film
The head of this year’s international jury, Mauritanian filmmaker Abderrahmane Sissako, described The Gravedigger’s Wife as courageous.
“It is a beautiful film that tells a story with humanity,” Sissako said.
The Gravedigger’s Wife also won the Best Score for Andre Mathias, and the Critics Award.

Film director Ahmed was born in Somalia but moved to Finland as a teenager. He has directed several short films, including The Night Thief (2017). The Gravedigger’s Wife is his debut feature film. It is a co-production of companies from France, Somalia, Germany and Finland.

It was selected as the Somali entry for the Best International Feature Film at the 94th Academy Awards, the first time that Somalia had submitted a film.

The Best Actor award went to Alassane Sy for his role in Nafi’s Father, directed by Mamadou Dia. He acted as a Senegalese imam with principles who tries to protect the town and his family from jihadists.
Zainab Jah won Best Actress for her role in Farewell Amor, by Tanzanian director Ekwa Msangi, a touching story of immigration and separation.

In the film, an Angolan woman and her daughter reunite with her husband after spending 17 years in exile. Now strangers, they find common ground in their shared love of dance.

Egyptian filmmaker Mohamed Kheidr won two special awards, the Prix Thomas Sankara and the Prix De La Chance for his debut short film Tuk-tuk. Based on a true story, it tells the story of Walaa who drove a tuk-tuk to make ends meet after her husband abandoned her and illegally fled the country,
Fespaco, a biennial event, was held in Ouagadougou from October 16 to 23.

Fespaco
Created in 1969, Fespaco became an institution in 1972 and a biennial event from its sixth edition in 1979. Based in Ouagadougou, Fespaco has a statute and is recognised by African States. It is a public administrative institution under the ministry for culture of Burkina Faso.

Walaa’s only way to secure income for her family was to drive a Tuk-tuk in a male dominated environment where women struggle. At the risk of being ridiculed.
The short film category competition attracted 29 entries including Little Black Dress (23 min, 2021) by Esteri Tebandeke from Uganda.

The drama Little Black Dress is about Dee, a female protagonist, who is stuck in a cycle of routine, obligation and guilt figures out a way to reset her life amidst a feminist uprising.
Tebandeke told Daily Monitor that her film was well received by the audience in Ouagadougou.