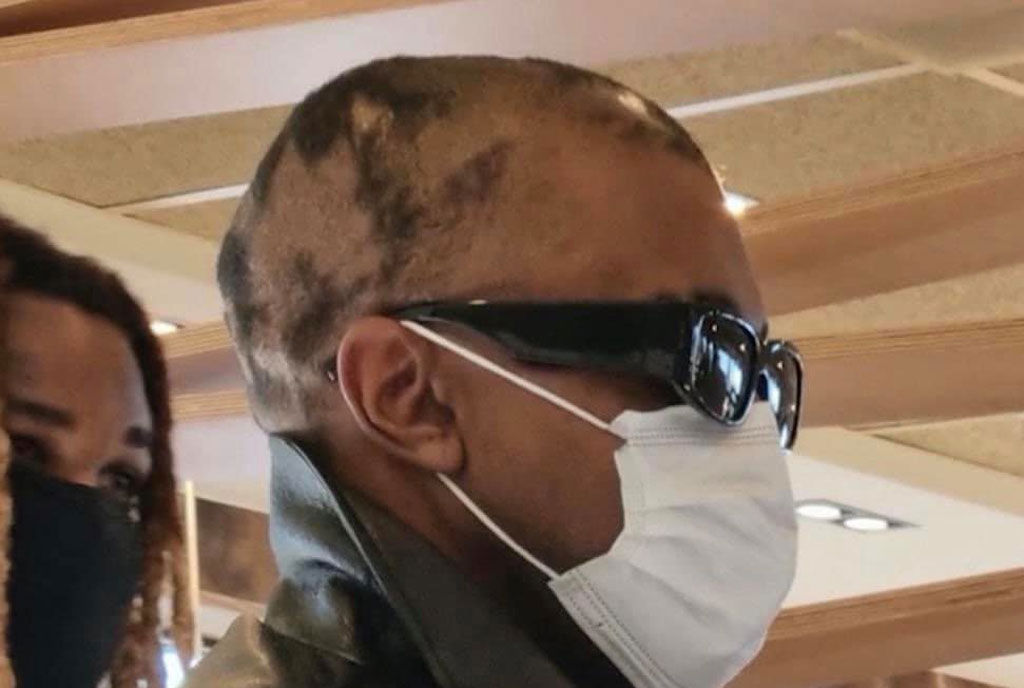 Ye who is commonly known as Kanye West has a new haircut and he shared an Instagram photo debuting a partially shaved hairstyle and said to have cost him a whopping $1,500.

However, Chris Brown doesn’t want anything to do with that. Yesterday, the RnB singer took to Instagram to poke the 44-year-old.

Next to a picture of Kanye’s new cut, Chris joked that Kanye “asked the barber for the fucked up worldwide fade.”

“Nigga wanna make ‘what the fuck’ in style,” Chris said adding that: “He got the punishment haircut.”

In a follow-up post, he shared a photo of a damaged Los Angeles Dodgers hat- teasing that it was a creation specifically made for Kanye by his long-time friend, Virgil Abloh.

Chris’ jokes come after he called Yeezy out for making changes to the song “New Again.”

The track initially featured on the singer’s vocals in the verse and chorus of the track.

While Breezy and social media users make a laughing stock out of Kanye, he has been flaunting his new haircut while wearing creepy prosthetic masks.

Though it can be assumed that Ye is in the mood for Halloween, it’s likely that his masks may be part of his new project.