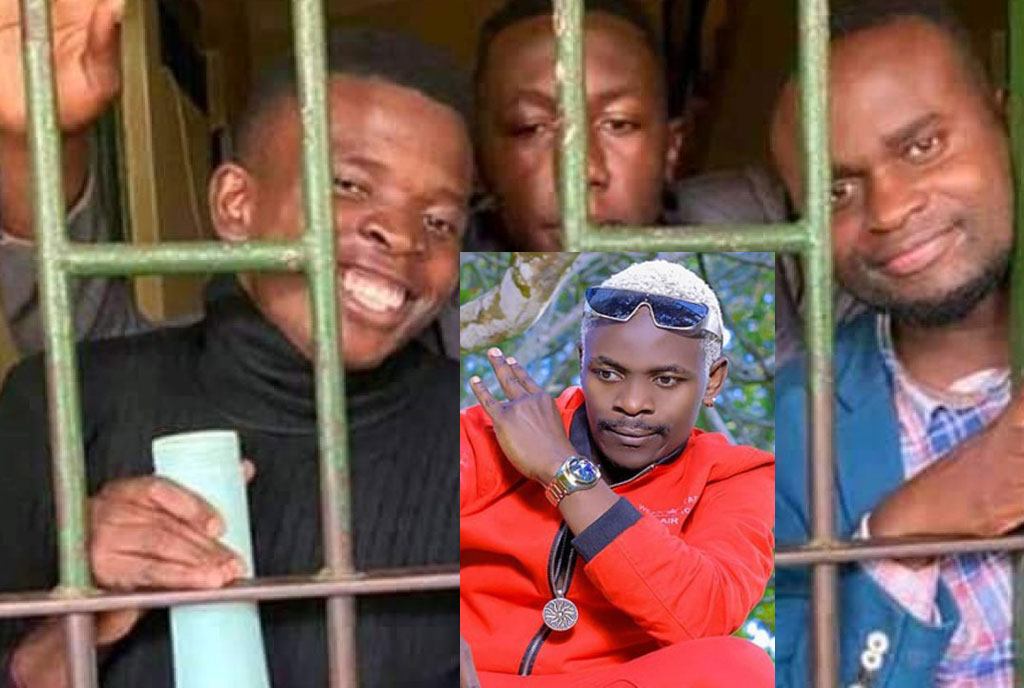 Since I joined media, I have worked with many editors that seemed to trust me a lot. They believed I could mentor people.

For instance at The Observer, I was given an intern to take around and cover events before I had made six months in the newsroom.

I think the first event we did together was Fete de la Musique 2014. Then we did a feature story that got us a journalism award nomination in 2015. The little girl grew up to become Jane Justine Mirembe .

I was later given other interns, they have always been girls. But there was one I was given, she seemed pumped up to work… In fact she wasn’t given to me, she chose me.

Apparently she had seen my work and heard on one of the radios that I was covering that year’s MTV MAMAs, I think those ones were in Jozi, Sheebah and Bebe Cool were nominees.

Now, this girl was something else, she always reported to work late, with heavy makeup – (which she would retouch when we were going to the field) and regardless of the day, the first thing she did when she got to work was to watch an episode of a TV series. It’s like every week she was watching something new.

Our first assignment was to cover one of those Bebe Cool shows, she was excited, but before that particular show, there were other shows at the National Theatre.

I asked her to come with me – the first one we did was a dance show, but before the dance show, I invited her for the rehearsal. At rehearsals, I always knew you could get into the mind of the choreographer easily, you could get to understand the process and things they were deliberate about.

In the end this could help you critic the show better, especially for an art such as dance where few people understand the technicalities.

It’s through my interaction with artists that I learnt different things about the different disciplines of art.

I still remember my first time on Judith Adong’s set. It was at the museum and they were getting ready for the play Ga-Ad. I watched the rehearsal, talked to the choreographer, producer, some of the actors and later Adong.

Now, I knew Adong before coming to that set and I did not want to embarrass myself in an interview that was going well.

We had a lengthy chat and she was technical, she always used a number of theatre terms that I kept asking her to explain.

To date, a lot of the knowledge I use to critic theatre and sometimes cinema actually I got from that conversation. We’ve had other conversations with Adong of course.

Back to my intern, I took her to a dance show, but we had started with a rehearsal and after the show, we did the backstage interview and later some of the people that were still around.

We did one more show, still at the National Theatre, that one too, we started with the rehearsal about days to the show and later the show.

Two weeks to the Bebe Cool show, I was told the girl no longer wanted to work with me. In fact I was secretly called by one of the bosses to know if I was making a female intern uncomfortable in a way.

I think the only reason they did not dwell on it a lot was a fact that I had smoothly worked with other female interns without complaints.

So, that week, she came and told me she was changing desks, apparently I made covering entertainment so difficult and boring by asking too many questions instead of simply being the party and the party being you.

I understood that in her mind, being an entertainment journalist was taking selfies, sipping a mojito and probably tweeting; Diplo takes the decks, #ItsLit

Even when I joined Daily Monitor, I continued getting interns, the last one I got was Kenyan I think, she was an amazing photographer that one.

And her writing wasn’t bad either. The others have not been interns, just people that come and seeking to improve their craft, still, there are girls.

But with that one intern at Observer, I learnt one thing; most people believe arts, entertainment or lifestyle journalism is a place where laziness should thrive.

And because of that, the industry is run by people that believe they will get away with things such as not researching, abusing other people’s intellectual property or manufacturing news.

It’s in this field that people will cover an event without attending it, others will give opinions about events they have never covered, attended or read about.

People will make sweeping statements such as, “The film industry is dead……” When they have never seen a local film, talked to an exhibitor or producer of film, but simply because they don’t know they believe their ignorance is the position of an industry.

On Friday, three presenters were arrested, it’s the first one of the kind after Sheila Gashumba, Angella Katatumba, Bebe Cool, MC Kats and Jose Chameleone among others have threatened to sue media.

I remember the first time Bebe Cool promised to sue, the target was that pepper with a colour in its name… (see what I did there) but it did not take off.

Years later he targeted a vernacular newspaper for claiming his locks had been cut off while fighting for meat at a pork joint… But he did not sue, he instead showed up at a performance with copies of the said newspaper stuffed in his pants.. to apparently show them that their place was in his groin area.

Over the years, when artistes promised to sue, they did not walk the talk, either they cornered the said personality and beat him to pulp or attacked them on social media.

I believe even the three presenters were sure Omulangira Suuna wasn’t going to go through with the case, but then he did.

But what’s baffling is the response from different media players, many are calling for a total ban on Suuna’s music.

A short term magic bullet, especially for an artist such as Suuna, I mean he has nothing to lose and it doesn’t look like they were playing his music before the incident.

But what happens if Fik Fameica, Spice Diana and Sheebah sued someone this year, do you ban them as well? And will the audience side with you?

As media, we have told ourselves that we are the gate keepers of showbiz, we believe we set the agenda, but before we go on banning songs, let’s first ask ourselves, your best Ugandan song at the moment, where did you hear it first? Was it radio, TV, restaurant, salon, the streets or the internet.

There were days media set the agenda, they made and broke people but think about it, in the year 2008, Master Blaster made a runaway hit in Emboko. The song was allover the place even without mainstream media support and in 2008, in Uganda, there was no social media boosting.

If it worked in the near dark ages, it can still work in 2021… Maybe people nolonger need our verification as we believe.

As media, I believe this is the time we have to re-evaluate the entire role of an arts or entertainment journalist. First we need to understand that the media’s role is to hold others accountable and thus, we are not immune to being held accountable.

If you want to claim that so and so’s concert flopped, you need to prove that the numbers the person received were way below those he expected by telling us that a number of prepared seats that remained empty.

If you are going to speak about the person of an artist, you will need to understand that they are human and thus, protected by the same laws that protect a minister, lawyer or MP. The belief that Suuna shouldn’t or has no right to sue because is a failed artist is one of the reasons we are here in the first place.

And of course, the other reason is that most people believe, this is showbiz, it’s not serious, Suuna should be understanding – it’s the mentality that one of my interns had, she thought art is the kind of journalism where you actually did nothing but have fun and get paid, she was wrong.

In the same way, you will only say that it’s just showbiz if you have never had an allegation wrongly made about you not in print but on TV, in Luganda, the most spoken and understood local dialect.