They shall be known by their football club 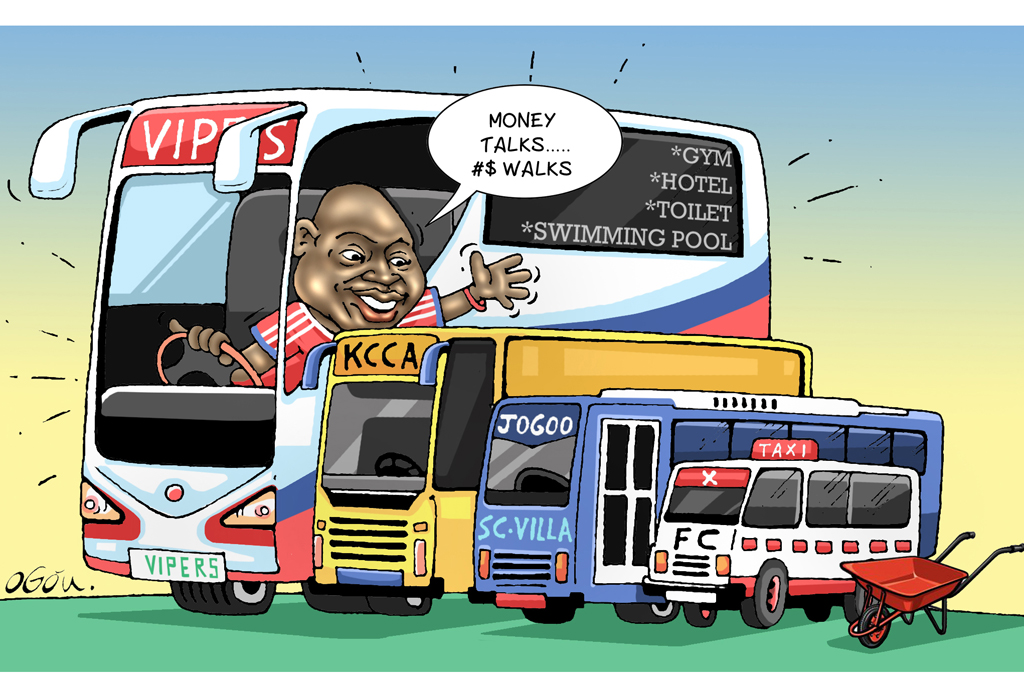 Small small hints: There is a saying that you can tell a lot about a Ugandan judging by their football club. If someone lives in Najjera, it says a lot about their personality. You, for example, don’t expect the next international journalist to crop out of Najjera. But you can expect a Subaru driver to crop out of Najjera. Same goes for Ugandans and their football clubs.

1. Arsenal fans
Ever met a disillusioned person? Someone who once experienced glory by a string of luck and was confused to believe it was meant to be for a lifetime. To live is to suffer, but to support Arsenal is to commit emotional suicide. If you pass around Kampala and find that the boda boda guys are all sunken, overcharging prices, chances are high Arsenal could have lost a match.
If you find some sanity in the city, it is always because Arsenal has suffered some defeat. God forbid Arsenal wins, that’s when hell breaks loose. Kampala will be as rowdy as it comes. There will be unnecessary hooting. There is also a correlation between Altezza drivers and Arsenal supporters. If you marry an Arsenal fan, you are in for shifts between extremes. They are emotionally unpredictable. And they take things personal.

2. Man-U fans
Remember when Rabadaba claimed to have grown up as a rich man’s kid aka ‘omwana w’omwami’? Now that’s Man-U fans. They have not achieved a lot on their own, but they claim to be associated to someone who has achieved something. They will have a gallery of photos when they are posing with some of the people who call shots in Kampala. The one thing to admire about Man-U fans is their self-confidence.
Although they are usually broke, they put up the impression that everything is okay. If they were a car, they would be Harrier drivers. Somehow, Harrier drivers have built this impression that they are loaded. Especially the kind that drives the black colour. You will be in a bar and a Man-U fan will assure you that they have the DPC’s number on speed dial. Do not be too convinced!

3. Chelsea fans
These ones have lugezigezi. The lugezigezi is too much, they always end up suffering from eye problems and having to wear glasses. They cannot explain at what point in life they became Chelsea fans. If not for lugezigezi, why would a Ugandan who grew up on sweet potatoes and groundnut stew become a Chelsea supporter? These chaps love hanging around in the finest of places, and they dread speaking their local languages. They often revert to English. A combination of lugezigezi, kajanja, trying to do things differently. We pity those who are in a relationship with Chelsea fans.

4. Liverpool fans
Now these ones tend to sprout out of Budo and Smack. They consider themselves sophisticated, a bit more analytical and conscientious. They make you believe they created football and decide the odds. If you meet a Budonian, they will look for all ways to tell you about their school (not forgetting the dormitories in shambles).
Same goes for a Liverpool fan, they will always drive the conversation towards football and then sing about their glory days; “we shall never walk alone”. But you must give it to Liverpool fans, you will always learn a thing or two from them.

5. Express FC fans
Fun, entertaining, they are natural comedians. Just as their name goes, these guys are expressive. But they are not any different from Arsenal fans. Chances are high that a person who supports Arsenal will naturally revert to Express FC in Uganda.
But if you want a day that is filled with laughter, then attend their football matches, you will realise that life is a beautiful thing. Until they lose a match and then the mood swings kick in!

5. Vipers fans
You never trust anything that claims to be a snake. When a snake says it is a snake, you better believe it. If someone says; ‘I support Vipers’, you had better tread carefully. Vipers fans will find a way out regardless, by hook or crook.
The one thing about Vipers fans is that they are cunning, they know how to convince you to serve their interests. But don’t trust a single word of what they say, they can shed their skin and deny every promise they made to you.

7. SC Villa fans
Now, here I must declare a conflict of interest. But then again, one must turn back and become one’s own critic. Villa fans have big deals, they long for their past days of glory.
Unfortunately, they have failed to accept that those days are gone, and they must swallow a humble pie and rebuild from scratch. But one thing you respect about Villa fans is their sense of identity, nothing fazes them.
Yet, identity must at some point convert into tangible results. For Villa fans, the discrepancy between their sense of identity and their output is overwhelming.