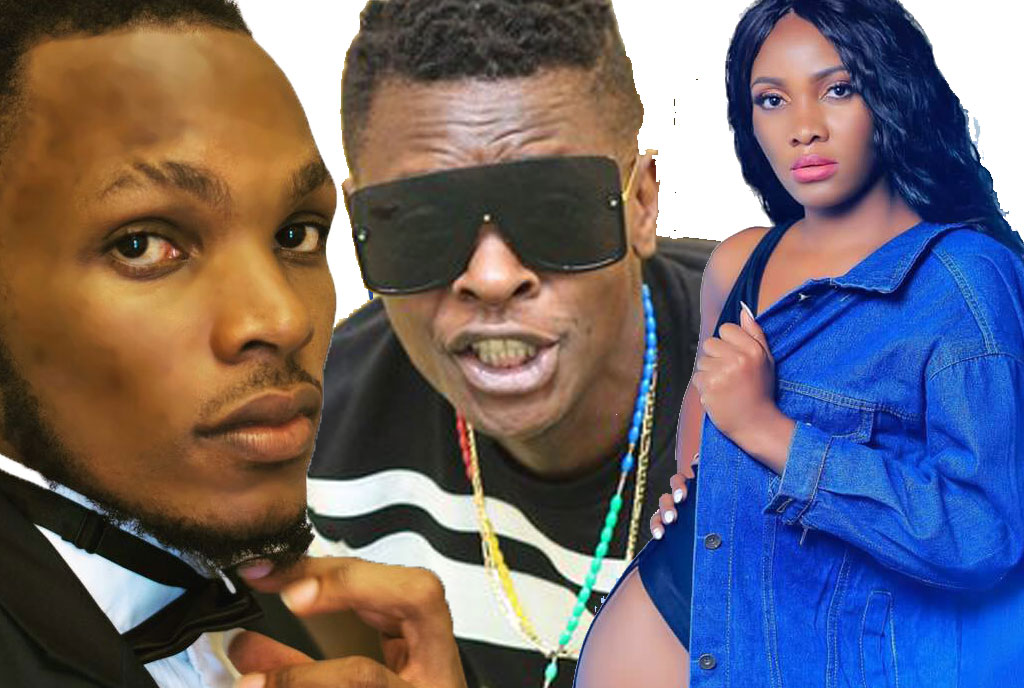 Masters of their musical fate:  Every artiste’s dream is to get a hit. Some come sooner than others in the course of one’s career. For others, a hit might never come at all. Every song comes with its own experience and impact. Isaac Ssejjombwe looks at the experience of different hits from different artistes. 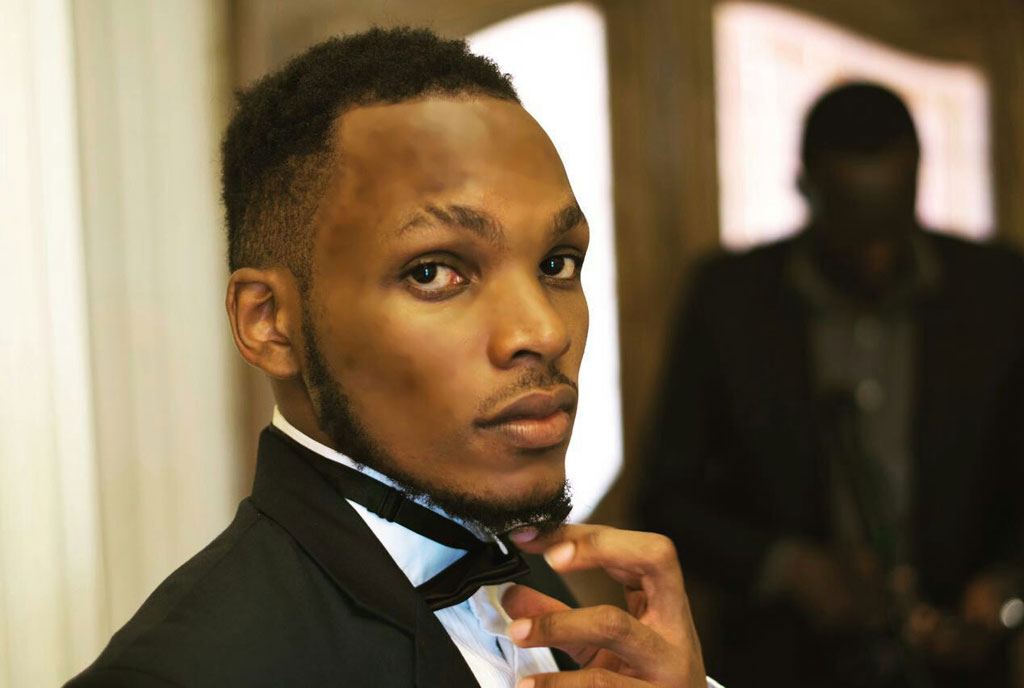 Quex – Got the ‘Kachumbali’ fever at Nkozi University

There is a lot to write about this song. First about the owner of the song, whom many mistook to be the bearded guy in the video as he made more appearances in the song than Quex. He later went on to be named the ‘Fraud’ of the year. Kachumbali was so huge that it topped the charts for 2021 yet it was released a year before.

According to George Kwesiga, alias Quex, the audio was done in February 2019 but he couldn’t promote the song because of his studies. He was pursuing a Bachelors in Medicine and Surgery at Kampala International University (KIU), a course that is ongoing.

“However, the song kept moving on its own. One day I was invited to perform at an annual event in Nkozi called Strictly Ug and I will never forget the excitement and happiness from the students. I literally just stood on stage dumbfounded. That was the first day I witnessed the Kachumbali fever; DJs Alza, Crim and Emmanice started playing the song in Kampala and that is when I started making plans for a video, which we released in March 2020,” he says.

For a song that rose out of nowhere to become a hit, the making of   Kachumbali was even more mysterious as a friend kept bothering Quex to check out a friend’s studio but he did despite not feeling well. On reaching the studio in Mutungo, he met a talented producer known as Klin.

“He played a beat that I liked and I jumped on it. I first wrote the chorus, then the first and second verse. We were all pleased with what we had done but the sound quality was, however, lacking so I took the project to City Jam Records where it was mastered.” he adds.

The song was first appreciated by students of Uganda Martyrs University, Nkozi and it is there that the dance shuffle originated before it went viral. 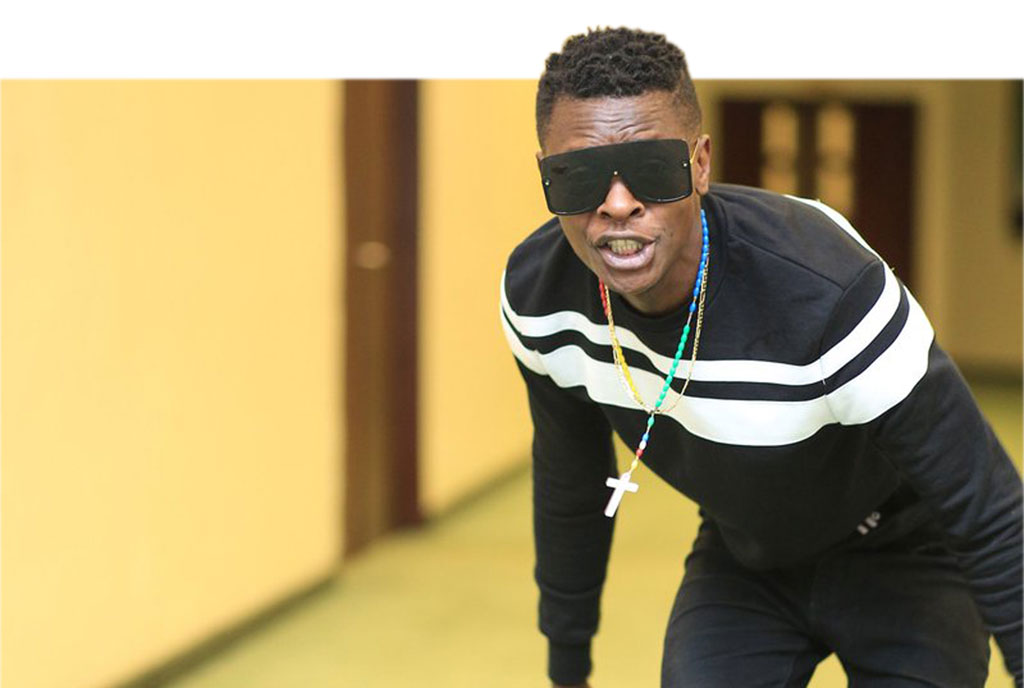 For nearly a year after its release, Mama Mia struggled to captivate the Kenyan audience. Jose Chameleone had been desperate to break through with a single after the success of “Bageya” – his duet with Redsan – but the lukewarm reception was colder than the Arctic.

A demoralised Chameleone decided Kenya was not for him. He was returning to try his luck in Kampala. And that is when it happened.

Kampala went wild over the song, almost at the same time as Nairobi had. The result was that Redsan was performing “Mama Mia” in Kenya while Chameleone was over the moon in Kampala with the same hit.

Although Redsan never claimed credit for Mama Mia, many Kenyans believed it was his song. Chameleone, who ignored several calls and text messages sourcing for this backstory, probably knew his friend was earning big from the same song but he owed the musician enough not to stop him. It was Redsan, born Swabri Mohammed, who had helped him in Kenya and later travelled to Kampala to promote Mama Mia with him. 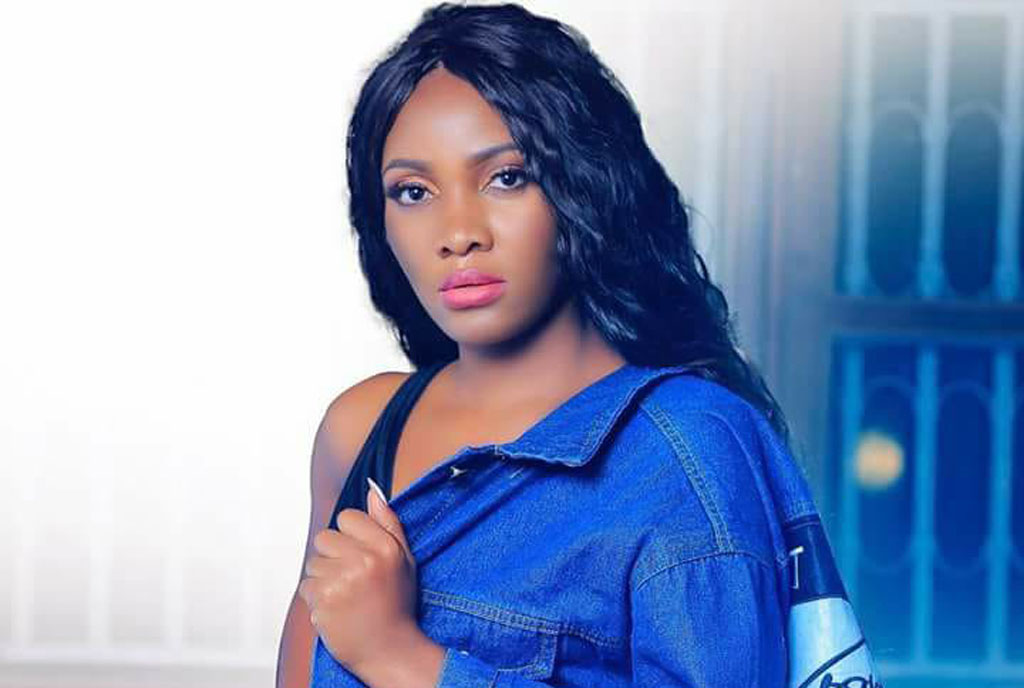 Well, Pia Pounds smiled through the 42-day lockdown as the song trended on social media. But, of course because she was not used to this kind of viral, the singer said everything was a miracle because she had even given up on the song.

“The song is nine months old. I promoted it and gave up, then all of a sudden, the song is on everybody’s status and memes are making rounds of it to a point that people now believe I’m such an amazing artiste. It’s a miracle,” she said. 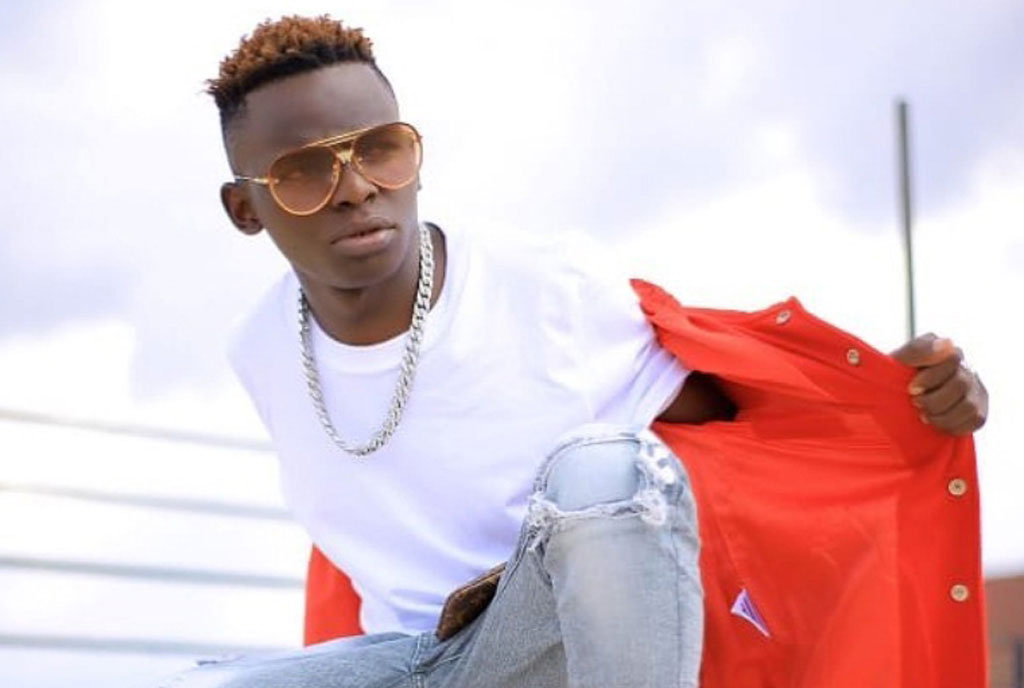 John Blaq – Got an accident while pushing ‘Tukwatagane’

John Blaq has a mentality of promoting his songs by himself. He believes bars are so crucial in making a hit song that is why he decided to frequent several bars to promote his Tukwatagane jam that later became a hit. But it wasn’t a bed of roses as the artiste got an accident in the process.

“I was travelling to Mukono with my deejay friend known as Faizo to perform the song at an activation that was happening and the car overturned several times near UCU in 2017. Imagine I was going to perform for free but luckily we survived,” recounts the artiste.

He however, he credits Vinka with whom they did Sweet love because their song was also a stepping stone for Tukwatagane as people started recognizing and appreciating him. 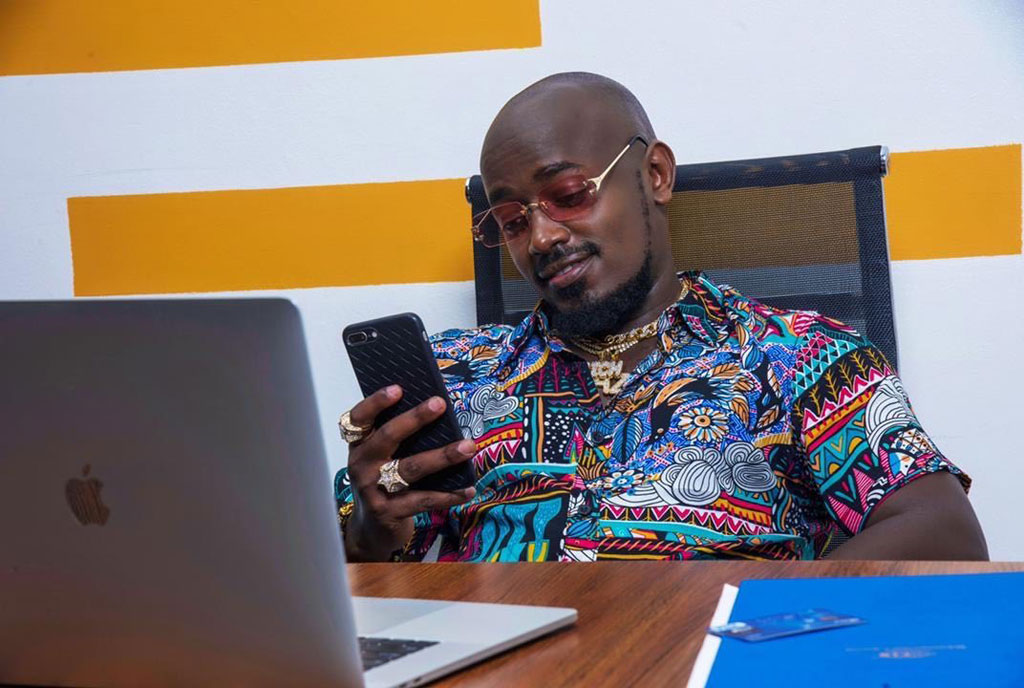 Ykee Benda went to Badi studios to do a song and the song he did got him a contract at BADI music.

“After recording ‘Farmer’, they got me my first contract to work under them,” said Ykee Benda.

Because of the friendship that Bashir Lukyamuzi and Jeff Kiwa have, they hooked him up with Sheebah and the remix of ‘Farmer’ was born.

Asked why he decided to re-do an already working song instead of a new one, Ykee Benda said that Sheebah had already liked the direction Farmer original had taken and that she related more with it so it would be meaningless to jump on a totally new track altogether. 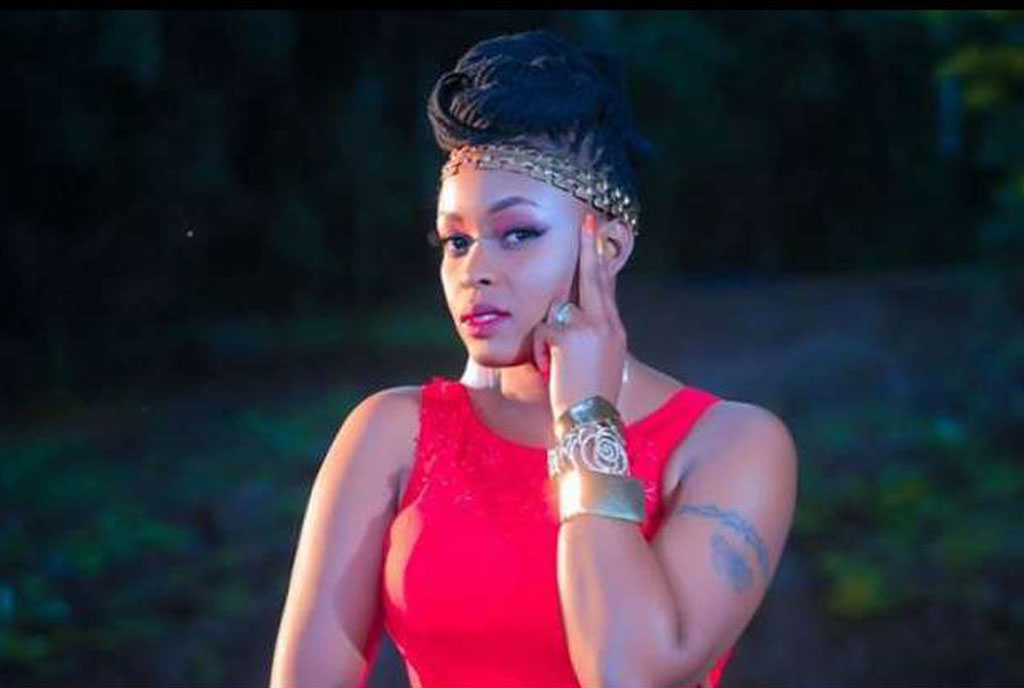 She might have taken a new path in the gospel fraternity but Grace Nakimera was once a force to reckon with in the secular music circles thanks to songs like Anfukula, Sexy, Ani Akumanyi and Nvawonawe among others but it was  Kawonawo that led to all that.

Nakimera recorded the song at Swangz Avenue and she thought it would be an instant hit. She was wrong as the song was rejected by deejays.

“It was a challenge pushing it because everyone was into hi-temple music and no one understood that type of music that came with Kawonawo’ Deejays refused to play it while others failed to understand the song,” Grace says.

But the story changed when a certain deejay sampled it and the reaction in the club was overwhelming. Perhaps because the story was relatable.

Nakimera says that the message in the song was about her personal life and she co-wrote it with Peter Nawe and Benon did the recording. 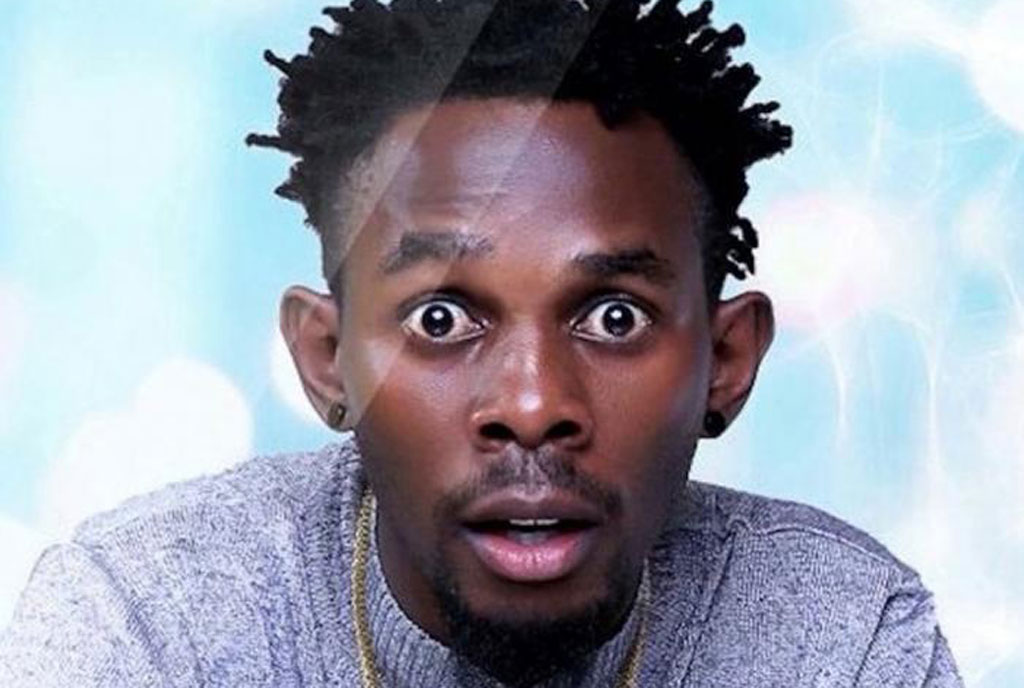 Mun G – Ebintu and Kyaba too much

Ebintu was Mun G’s first song under Baboon Forest Entertainment and it was fully paid for by the label. He got the idea while heading to his uncle’s hotel at Festino and when he reached the studio, he only jotted down the lines. They shot the video and the song worked out but his follow up song made it even bigger. ‘Kyaba too much’ was the song on everyone’s lips two weeks after its release.

Kyaba too much crossed over like a wildfire. The song moved without a video. Every radio station was playing it and instead of just one song, I became a hit with two songs,” Mun G says. 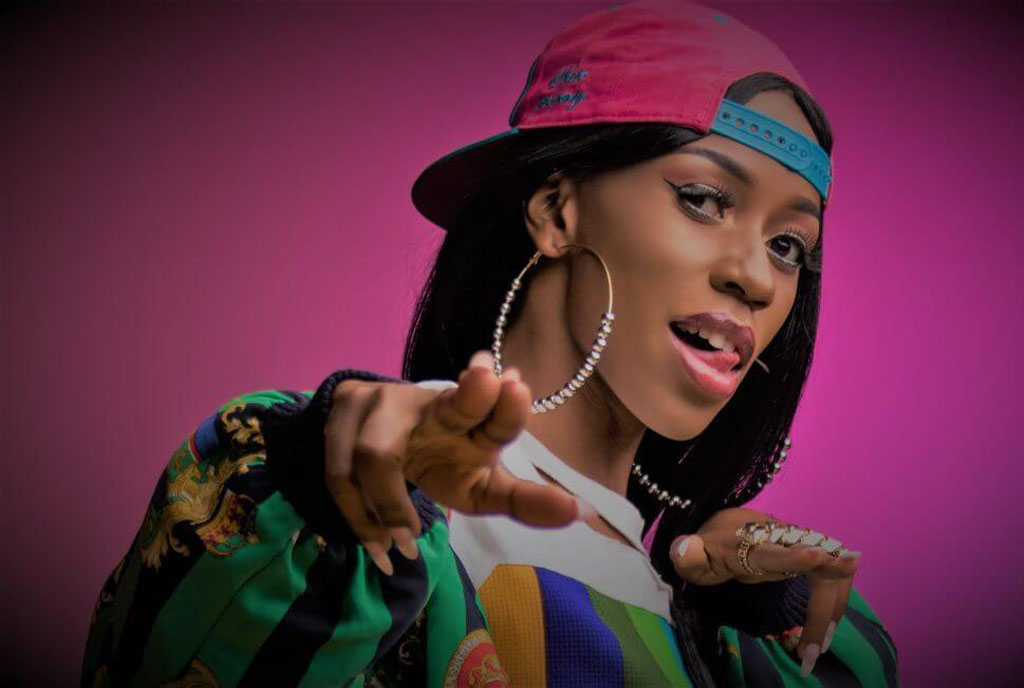 Vinka’s music career is a story on its own. Julius Kyazze, the Swangz Avenue CEO, got the idea of Vinka being an artiste while he was on a plane. He had previously managed Irene Ntale and wanted to try their luck with her. A few songs down the road didn’t work as expected and then Malaika came through. Written by Yesse Oman Rafiki, Nessim produced the song and while in the studio, there was that feeling that the song would become an instant hit.

“Yesse, Nessim, Julius, me and everyone in the studio knew the song would be a hit because we had finally found the ‘Vinka’ tone,” said Vinka.

On earlier projects like Level, Stylo and others, the label hadn’t found her notch but with Malaika’they knew that is the artiste they wanted in her and ever since then, she has never hanged.