You know it’s a Ugandan marriage… 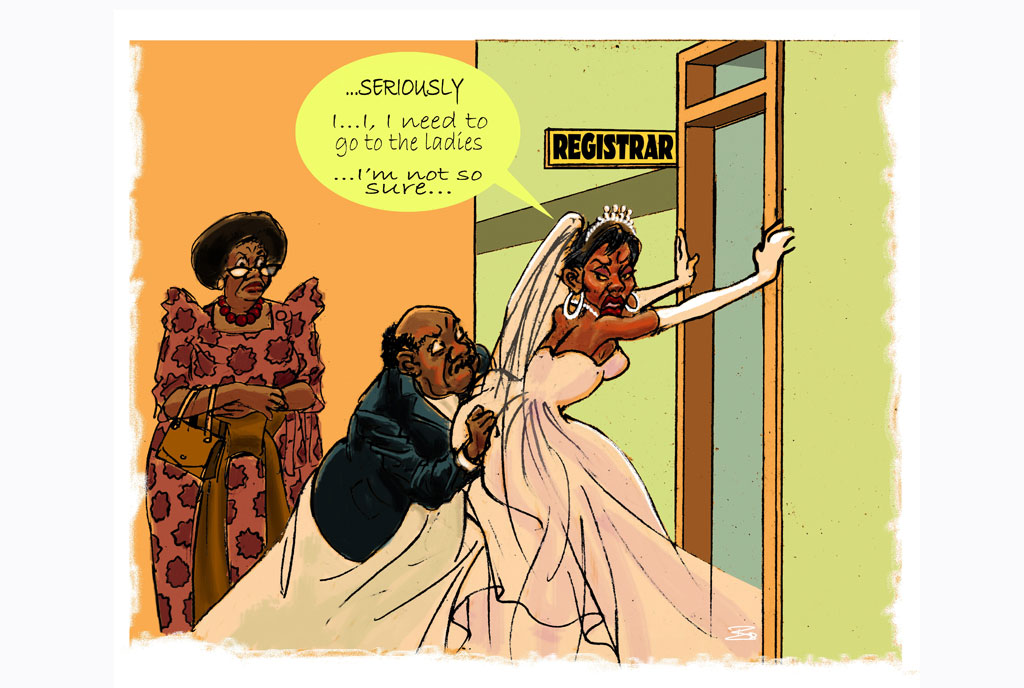 Everything that goes wrong is usually a woman’s fault…

Typical UG: Ugandan marriages are unique. They have similarities that cut across. You can tell it is not a Kenyan or Tanzanian marriage. Except for marriages moulded in Najjera and Bulindo (assuming one can have a marriage in these areas), there is something you find in all Ugandan marriages. And this is how you know it’s a Ugandan marriage.

There is always that mother-in-law that never accepts the fact that her son is now a man. She will always keep the home hostage, complain about the wife’s cooking skills, and complain about everything. She will have a permanent place in the home. She does not tire of visiting. To make matters worse, let someone land on a mummy’s boy, there is no comeback in that marriage. For most Ugandan marriages, the mother-in-law holds the scorecard, she decides what good looks like!

Most husbands are struggling. Yet in Ugandan marriages, a man is expected to show up as macho. He is expected to be a provider. In every marriage, you have that woman who keeps sending money to the family with a claim; “the husband has sent condolences.” Some of these women have funded their own weddings, paid their own bride price. Now the story has continued into marriage. The kids think it is dad working the magic, not knowing mum is doing the cover-up.

Risk mitigation is top on the list for Ugandan wives. According to the Uganda Wives Association (UWA), every woman is expected to have some secret investments as a contingency. This is the grand origin of “sente ye kikazi.” Whereas the family could be renting, the woman will be constructing her secret house, she will have her secret rentals. Who knows when the man decides to call it quits?

You know Pirra? If you know you know. With the advent of the working wife, the husbands of Uganda decided not to look beyond the nose. Now, every woman must be more worried about her housemaid.  She could be the co-wife in most Ugandan marriages. Same applies for long-distance arrangements, where the wife is posted to Gulu and the man is left home to fly.

While wives run secret investments, men on the other hand are siring secret children. The story goes, you only get to know all your husband’s children at his funeral. If a Ugandan man is still alive, you cannot be one per cent certain of the number of his children. On the other hand, no Ugandan husband can fully authenticate that all his children belong to him. In today’s Ugandan marriages, men are secretly taking their children for DNA tests just to confirm that indeed they are the fathers.

Ugandans are locked in stereotypes, whenever things go wrong, it does not take much before people call out one’s tribe as the problem. If she quits the marriage, they will claim; “that tribe just never settles in marriage, aka tebafumba”. If she cheats, again they will claim that tribe is cut out for cheating. Perhaps tribalism is the biggest issue in Ugandan marriages. At the wedding, people will be whispering to each other; “from which region of Uganda is the man?”

Divorce, separation are still contentious and controversial in this country. Society would rather a woman lose a leg before she calls it quits in a marriage. You will always have the sengas who keep claiming; “tonoba. Hang in there for the man. Men are like that.” Everything that goes wrong in a marriage is usually a woman’s fault, everything good is attributed to the husband. When the kids perform well in school, it’s because the husband is intelligent, if they underperform, it’s back to the woman’s side. If all the children are of the same sex, again it is the woman to blame, this too holds for a childless marriage.

In a Ugandan marriage, women will always underestimate their education and wealth, men will always over estimate their credentials. The moment a wife decides to go for her master’s degree, the husband will immediately get threatened. He will immediately sign up for an upgrade just to ensure his ego is at peace. Same goes for when she starts earning more than her husband.

Most Ugandan marriages do not begin in a church or court, they begin with that unexpected child or that one request of ‘come we stay’. Before everyone knows, it is five years of living together and other children have come along. In Uganda, marriage comes before the wedding and introduction ceremony. The wedding is how the man rewards the woman for keeping up with all his sins!