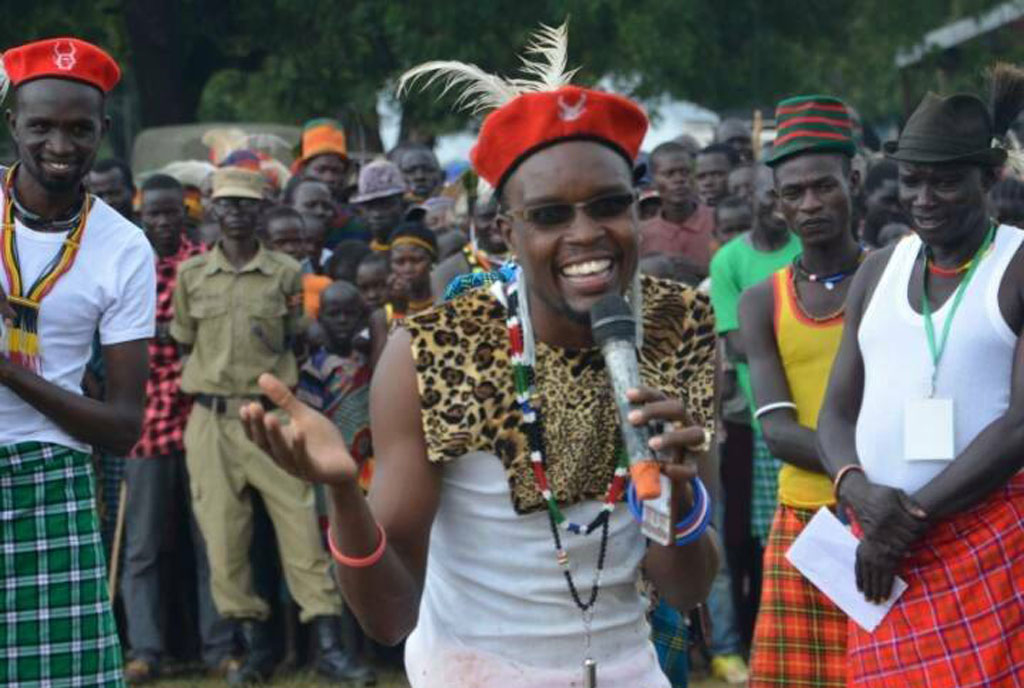 Police in Moroto district in Karamoja sub region have launched investigations into an alleged Friday night shooting of a Karamoja based comedian, Angella Godfrey- commonly known by his stage name as Mzee G the comedian. Mzee G was reportedly shot by security operatives attached to Seven ranges hotel in Moroto Municipality and was injured at the time this story was filed.

One of the eyewitness identified as Patrick Kotol said that two armed security operatives-one policeman and one private security guard at the hotel cocked their guns forcing people to flee.

“There was a family party at Seven ranges hotel where Angella is a family member. I heard some misunderstanding between Angella and two armed personnel. Within two minutes, I heard a gunshot and I took off to take cover .I don’t know who among the two armed people might have shot the comedian,” he said.

Karamoja region police Spokesperson, Mr Micheal Longole said that the comedian who had also contested for Moroto Municipality mayor but lost was not shot, adding that the wounds seen in the comedian’s hands were of cuts sustained during a scuffle.

“The comedian was not shot. It was only one bullet that a private security guard shot in the air while trying to disperse Angella with his team that had turned rowdy towards Police and the security guard,” he said.

According to Mr Longole, Police had gone to stop the hotel management from playing loud music at the said family party. Mr Longole also says several hotel operators in Moroto district have continued flouting anti-Covid-19 restrictions claiming that they are related to the Deputy Inspector General of Police, Mr Paul Loketch.