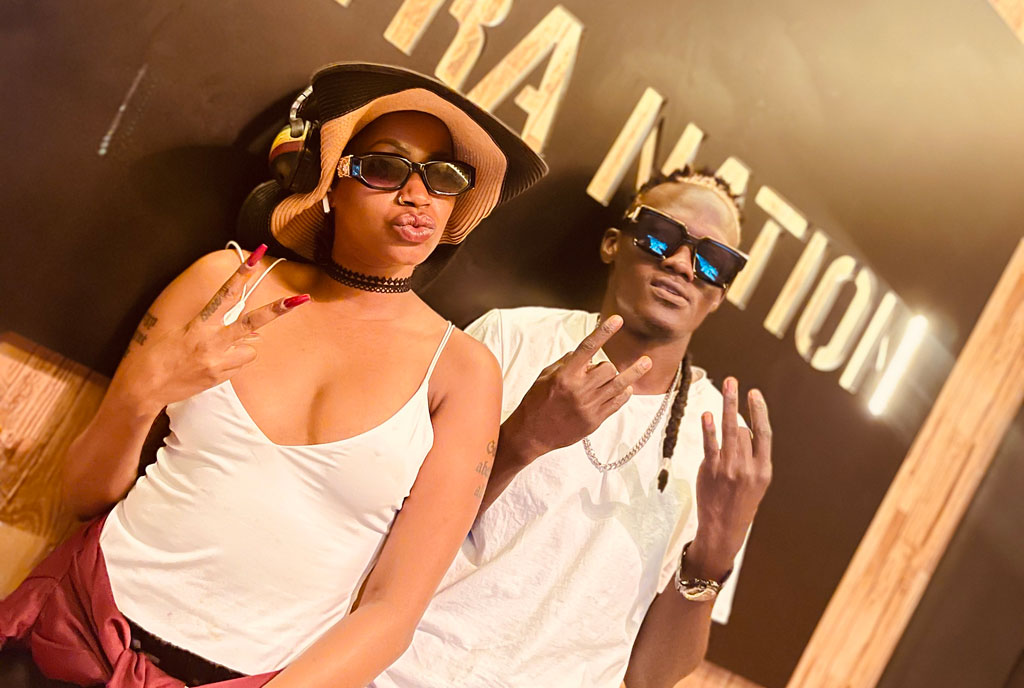 Mudra D Viral started as a songwriter but last year, he announced that he would be joining active music as an artiste.

His first songs didn’t get much airplay but he got his big breakthrough when he released his hit song ‘Muyayu‘.

After releasing ‘Muyayu’ in 2020, the rising star started 2021 on a high with ‘Onkosa’ and it looks like he is not about to stop. The singer has now secured himself a collaboration with self-proclaimed music queen, Sheebah Karungi. Currently, Mudra and Sheebah are working on a project which is set to be released soon.

The latter came out and complemented the fast-rising musician stating that he is the next big thing in the Ugandan music industry.

Speaking after recording the upcoming song with Mudra, Sheebah noted that the latter is super talented and has amazing writing skills. “Mudra is the next big thing. I could not believe he is such a talent in both singing and writing. It is really good working with him,” Sheebah said.

The compliment means a lot for Mudra since for any artiste, the ultimate feeling of success is to know that their work is being recognised especially by veteran musicians who have seen and done it all.

Sheebah has been instrumental in nurturing young talent in the country through collaborations. She is credited for being behind the breakthrough of artists like; Crysto Panda, Topik Kasente, and Ykee Benda among others.

Fingers crossed as we look forward to witnessing if this will be another big song for Mudra that could cement his place in the music industry.