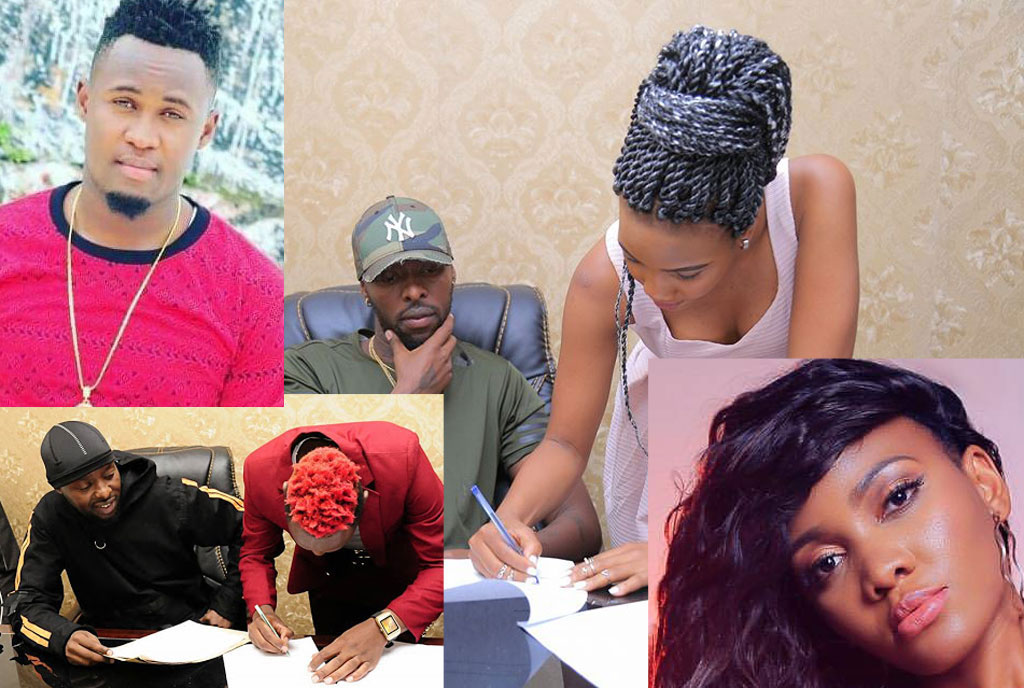 Pia Pounds and New York Da Styla in several interviews have been saying they were part of Big Talent until they left for greener pastures. They however hold Eddy Kenzo in high regard for his contribution towards their careers.

News reaching sQoop desk indicates that that the two artistes were never signed to Big Talent but were part of the label through third parties. According to Kenzo, the two artists had no professional contracts with the label.

During an interview with KURT, Kenzo admitted that some things are meant to be internal but the truth is those artists were never part of Big Talent.

“Pia was Kuseim’s artiste but because he was my official producer, he asked me to allow her to be at Big Talent to get exposure,” he said when asked why she left.

Asked why pics of Pia and New York emerged signing contracts, the ‘Sango’ artists said they were not contracts of signing them but rather to help promote them.

He also added that the agreement was between Kuseim and Pia and when Kuseim started his studio, he had to go with her.