The woman still cried at the film festival 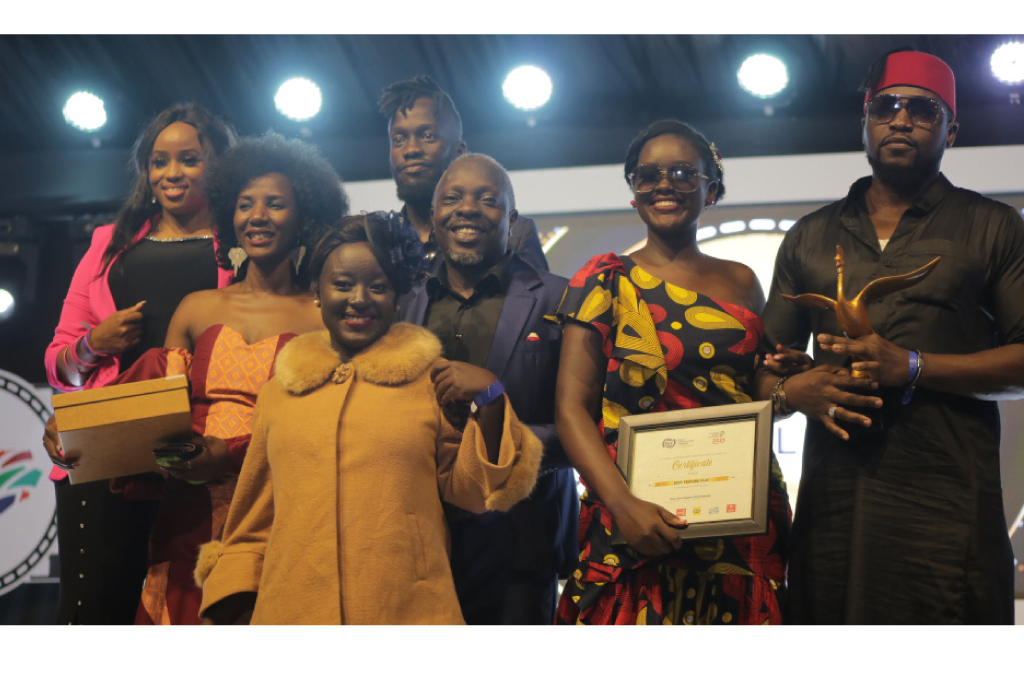 From the days of Osman Matovu, Lydia Namata, Annet Nandujja, Mariam Ndagire, Ashiraf Ssemwogerere to different filmmakers such as Donald Mugisha and Matt Bish, the local film industry was driven by love and passion.
Probably that would explain the diverse topics they always brought to the table. At one point you had the ever emotional Matovu breaking you with his Ngudde Mu Nsobi, a story of a man whose relationship with one woman leads to a series of unfortunate events or Ssemwogerere daring the Uganda Martyrs’ story with his Mukajanga.

On the other side, you had Mugisha telling the ghetto story, Divisionz, through his lead character Kapo, portrayed by artiste turned politician Robert Kyagulanyi, aka Bobi Wine, to Bish’s classics, Battle of Souls and State Research Bureau. They were always out of the box.

But towards the 2010 decade, as technology advanced and more people started getting their hands on cameras, lights and microphones – and probably the decreasing number of people in theatres, film became the next destination for both actors and directors.

It is thus not surprising that by 2013, Uganda Communication Commission (UCC) had found ways of penetrating the virgin but yet robust industry. Through the Uganda Film Festival, UCC puts a spotlight on the local industry at least for a full week, thanks to the support of their different partners.
The opening edition in 2013 had winners such as Bish’s State Research Bureau, Sharpe Ssewali’s Is this Love? and Jayant Maru’s The Route, among others.

These films tackled topics on insurgencies, human trafficking and domestic violence among other topics. Yet, as time has gone on, even with all the exposure and training, the industry seems to have run out of ideas.
For the past five or more years, the best the industry has been producing have been films about a man, his wife, relatives and co-wife, the drama usually arises from the said man’s death or apparent physiological torture from a co-wife.

Prioritising
There are other stories people are telling though, for some reason, they have not been given priority like the story where the key subject, a woman, is crying for the best part of it, and at the hands of a man.
Films such as Faithful, The Torture, Freedom, Invisible Cuffs, Felista’s Fable, Laila and Bed of Thorns, have for the past years made a splash at the festival for their ‘suffering woman’ storyline.

In fact, at least more than half of the women who have collected the Best Actress accolade at the festival have done so for films they cried or suffered at the hands of a man. In a twist, most of the male actors who were their tormentors have collected the Best Actor gongs.
A sad state of storytelling – it is not surprising, that for the just concluded Uganda Film Festival (UFF), Bish, one of the judges, noted that the quality of storytelling was so low.

“The international films that were submitted for the festival embarrassed us, they were a sign that local films still have a long way to go,” he said.
This year’s festival, buried in the theme: ‘Rebuilding a Resilient Creative Industry Through the Pandemic’, too had a number of tears to spread. From Samuel Kizito’s Kemi, to former Big Brother Housemate Morris Mugisha’s Stain, two of the biggest films of the night, a woman had to cry for the biggest part of it for the story to happen.

After eight years of the festival, the question is, are filmmakers recycling drama for awards? Where does this leave the audience?
Stain walked away with two acting accolades of Best Actor and Actress going to Raymond Rushabiro and Joan Agaba, respectively. The film also walked away with the Best Cinematography, Costume Design and the biggest one of the night Best Feature Film.