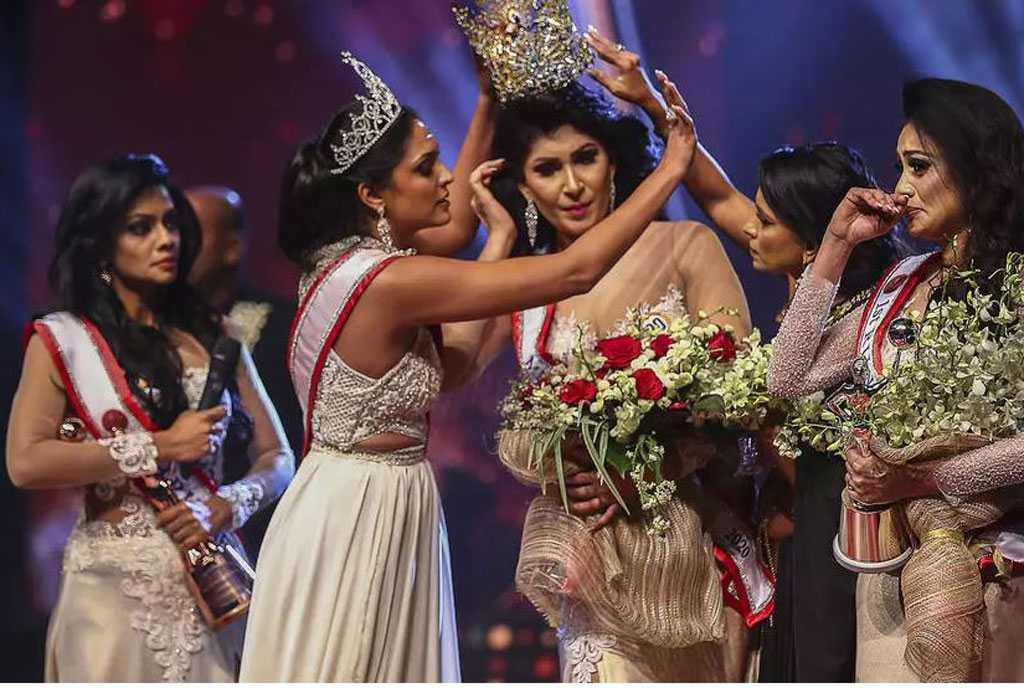 A Sri Lankan beauty pageant winner who had her crown yanked off by last year’s champion in an ugly on-stage fracas has been re-declared the victor and says she will sue. Pushpika de Silva, who needed hospital treatment after the incident at Sunday’s gala, was named “Mrs Sri Lanka” again at a smaller ceremony on Tuesday.

“I forgive everyone involved in this incident,” an emotional de Silva told reporters on Tuesday. “If anyone thinks they can obstruct me by doing this type of thing, they will not succeed. I am an iron woman.”

She said, however, that she planned to launch legal action against her alleged attacker, reigning champion Caroline Jurie. Jurie had forcibly removed de Silva’s crown on stage in the climax of the ceremony, saying that de Silva was divorced and therefore ineligible for the prize.

To qualify for the title, contestants must be married. De Silva is estranged from her husband, but they are still legally married. Organisers said they were claiming compensation from Jurie for damages to the stage and backstage dressing rooms where several mirrors were smashed.

“We are also holding an inquiry,” said the local franchise-holder of the event, Chandimal Jayasinghe. Jurie, who is the reigning “Mrs World”, has also been accused by organisers of bringing disrepute to the event.

It was broadcast live on social media platforms.

Chandimal Jayasinghe told reporters in Sri Lanka they were “deeply disturbed and sincerely regret” the behaviour of Jurie. Social media calls have been mounting to strip Jurie of her “Mrs World” title.

“If Mrs World stands for demeaning other women by the reigning Mrs World, then we no longer need men to put down women, because women do it better,” she wrote.