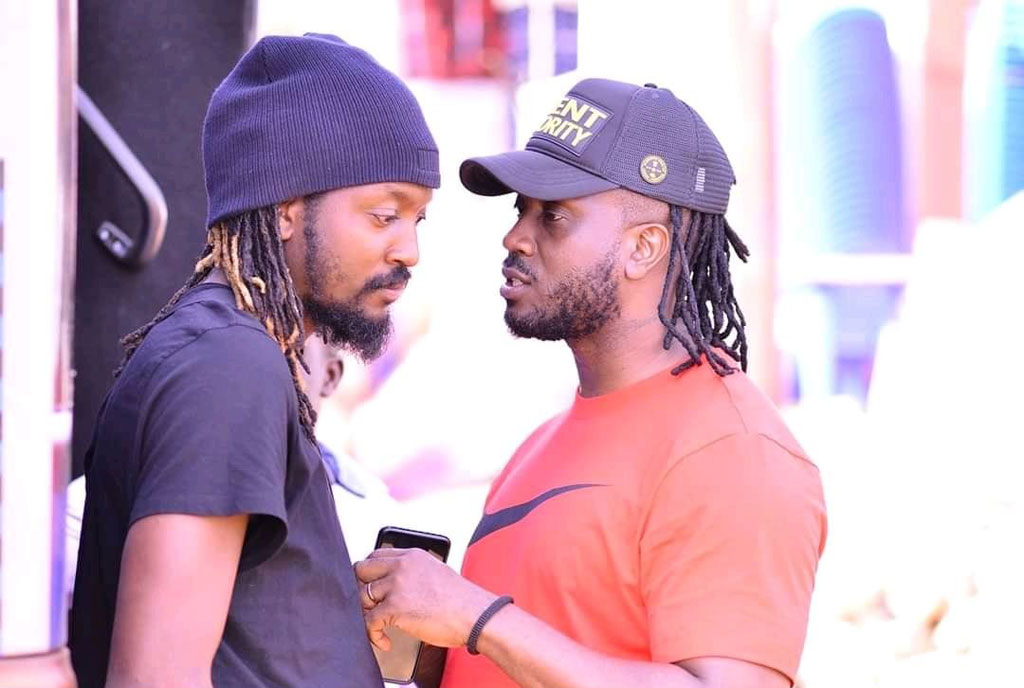 Hendrik with his father Bebe Cool

Allan Hendriks Ssali aka Pepper Daddy a few months ago welcomed a baby boy with his yet-to-be-identified girlfriend. While appearing on Spark Tv, Pepper Daddy was congratulated on his new bundle of joy which we got to know about after his father Bebe Cool let the cut out of the bag a few months ago.

The singer is proud to be a father and he says being a dad is amazing though he remained tough lipped about the baby mother.

“My dad let it out but he wasn’t supposed to but it was because he was happy. I always have my plans going on but I love to keep my life private, anything that doesn’t have to do with fans, music, and friends I keep it to myself,” he said.

He continued to say “I feel so proud to be a father and I now see what it means to be a man. I am no longer the pepper Daddy you used to know.”

When asked how his father felt after finding out that he had fathered a child, he said, “of course every parent gets happy but it also depends on how it happens and when it happens but they are happy.”

About introducing the mother of the child, Pepper Daddy says it will also catch us by surprise just like the news of his son’s birth did. By the time you didn’t know when he was being carried, you will just see pictures out of the blue.”

He however says don’t be sure that we are not officially together as pictures of the ceremony may appear soon though he doesn’t intend to put his family affairs out to the public.