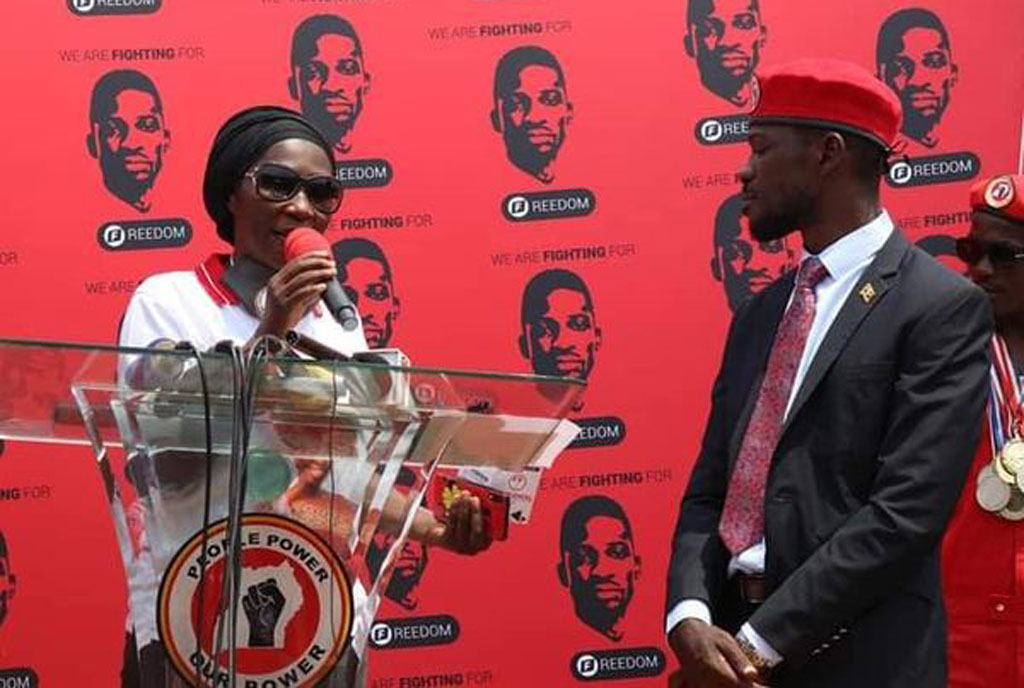 In August 2020, pictures of Sophie Gombya holding a National Unity Platform (NUP) card at their headquarters in Kamwokya were all over social media. She was among the many artistes who joined the party and when asked why she joined, Sam Gombya’s wife said that her major intention was to escalate the fight for the rights of women.

“Under my organization The Women Nation, I am sure that NUP will help me promote the rights of women in the country,” she stated. A month back, Sophie had resigned her role as the Uganda Musician’s Association chairperson to concentrate on her political ambitions.

She was contesting for Woman Lord councillor Kampala central division on independence and she lost out to a NUP candidature. We don’t know what happened for her to lose the NUP endorsement but the ‘Spare Tyre’ artist spoke to us on why she lost.

“I didn’t completely lose because I was the second but the moment you see an umbrella symbol, just run away. The umbrella wave almost took out everyone,” she said.

The artist also took the opportunity to thank everyone who voted for her during the campaigns.

Asked what her next move would be, she said besides performing at weddings and introduction ceremonies her political journey has just started. “There is no turning back now. I’ve started my political journey and be sure to see me in 2026.”