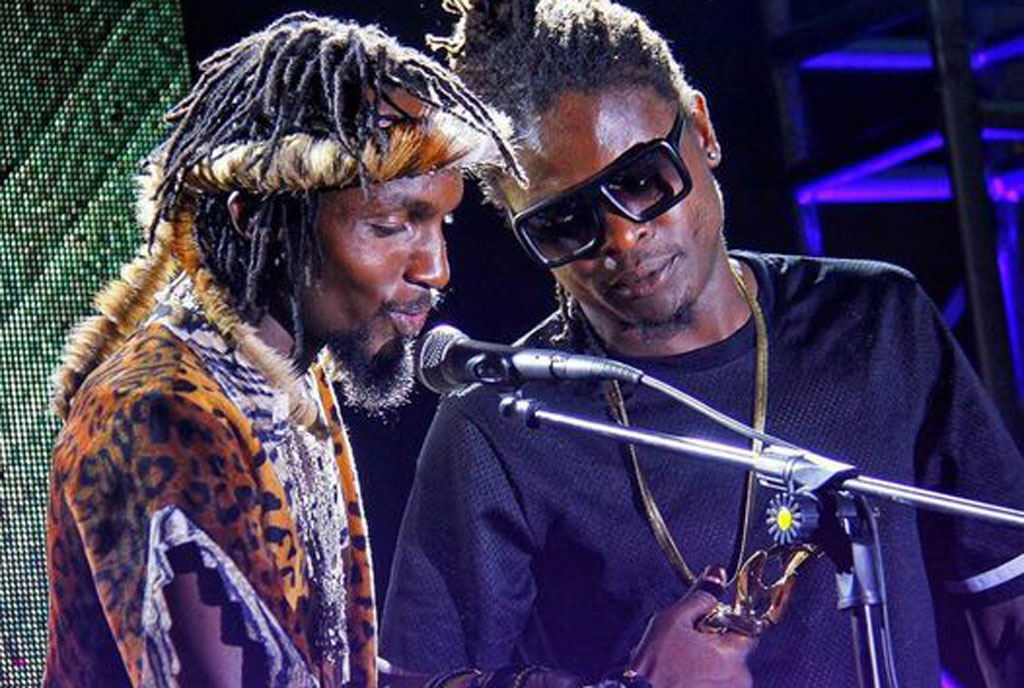 Great musicians don’t die, they keep living on through their music. Mowzey Radio has been dead for more than two years now but his music keeps moving crowds on the dance floor, as well as inspiring many in the church.

Douglas Mayanja aka Weasel, the remaining half of Radio and Weasel group alias the Goodlyfe Crew has dropped a new song dubbed ‘Nsimbi‘.

In ‘Nsimbi‘ Radio and Weasel sing about the quest to look for money and how life isn’t worth living without money. Despite being released as a group song, ‘Nsimbi’ does not feature Weasel as Radio is the only one singing. According to Weasel, Radio had recorded many songs that only required him to fix his verses before they were released.

Last week on 25th January 2021, Ugandans and top musicians across Africa celebrated the late Radio Mowzey’s 36th posthumous birthday with Weasel promising to release a song in honor of his fallen partner.

After his death, Weasel said they (Goodlyfe management) will release an album from the immensely talented musician for 10 more years!

‘Nsimbi‘ happens to be the second release after ‘Malaika’ that was released in July 2019. Weasel dropped the song on 1st February; the same day Radio passed on.

“Our fans had taken long without hearing our music but I want to let them know that Weasel is a roaring lion and this is just the beginning,” Weasel said.

Fellow artists like A Pass, Rwanda’s DJ Pius alongside fans have received the song well as they commemorate the fallen legend.

READ: Weasel teams up with Rayvanny on ‘Zuena’ remix

Radio passed on at Case Clinic after sustaining brain injuries during a bar brawl at De Bar in Entebbe.