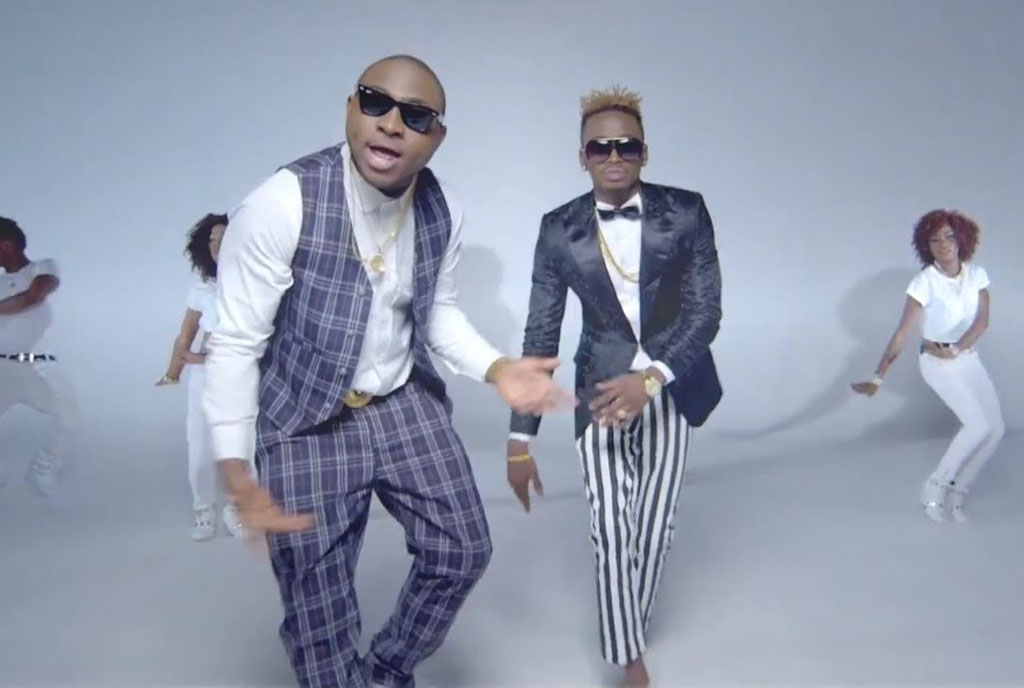 Videograb of Davido and Diamond Platinums’ Number One song remix

Tanzanian musician Diamond Platnumz almost went broke seven years ago at a time his musical career had started to blossom.

He was already famous in East and Central Africa with some financial returns to show for it.

His record label Wasafi (WCB) was still in its infancy and nothing much was revolving around it.

This was in September 2013 when he released his hit track Number One that to date has attracted 7 million views on Youtube.

At the time, Nigerian music was topping the African charts and Naija musician Davido was the new kid on the block.

It’s around that time that Diamond felt the need to introduce himself to West Africa having already conquered East Africa.

He sought Davido for a collabo that he says almost dried up his coffers.

“Before doing the first video version of Number One at Ogopa Djs in Nairobi, my video cost used to be about US$ 3,000 per video. With Number One, I went 10 times higher and spent US$30,000 (Sh109 million) or thereabout to fly Ogopa Djs video crew to Cape Town, South Africa, and shoot my video. The outcome was amazing, and that gave me the green light to approach Davido for a remix,” revealed Diamond in an interview with Nairobi News.

But that was just the beginning of massive spending because when he finally secured a chance to do a collabo with Davido on the Number One remix, he was forced to take bank loans.

“I took loans from Tanzania banks to finance my video and collaboration with Davido in Lagos because I had to travel there with my crew,” he added.

However Diamond never regrets the risky move as it eventually paid off almost immediately after the remix opened him to a new market and opportunities enabling him to jump-start Wasafi.

Evidence to this is the fact that the Number One remix released in January 2014 amassed over 43 million views on Youtube.

Diamond is currently the leading artist in Africa with the most Youtube Subscribers 4.83 million as well as leading in the number of Youtube views in the continent.

He is the only artiste to have crossed the one billion views mark cumulatively in Africa.

Davido, whom Diamond initially looked up to, is second with over 797 million views cumulatively.