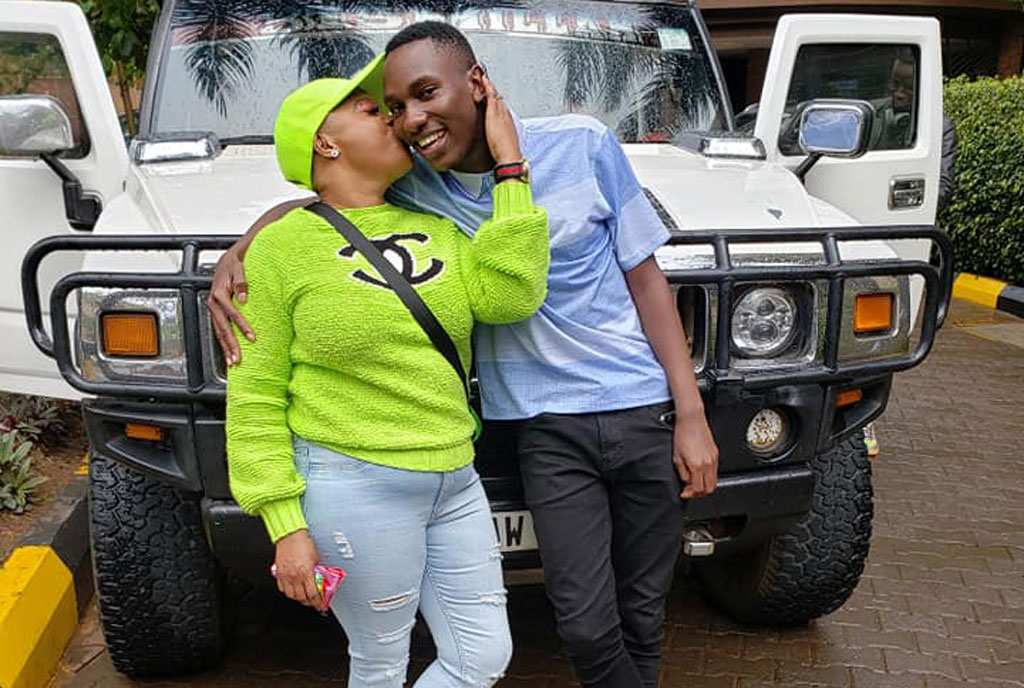 Tamale Mirundi threatens to sue over Don Zella kiss
Motormouth former presidential spokesperson turned pundit on everything has disputed with disdain reports that his son, Joseph Tamale Mirundi Jr, engaged in verbal wetland sessions with aging socialite Sheilah Nadege. Nadege, popularly known as Don Zella, on Friday shared a picture of her in a passionate moment of developing wetlands. The snogging sessions took place inside Dembe FM studio. But Mirundi Sr has trashed the photos and challenged anyone to bring evidence that what is seen in the pictures took place in real life.

“My son has been afraid of Covid-19 and these people from America claim to have the vaccine already, so I believe that woman was installing the vaccine therapy like those DPT drops we received as children,” Mirundi said.
“In America, they call that resuscitation of persons vulnerable to Covid,” he added. Mirundi threatened to sue for Photoshop, saying “you could see it well, she traded in fake dollars, faked a robber, wears fake skin and whatnot. That picture is also fake.”

Sqoop’s Ortega wanted by Rwenzori Police
Police in the Rwenzori are looking for a man only identified as Ian Ortega in connection with the missing Margherita peak signboard. It is not yet clear if the wanted Ortega is the one we know but the description Rwenzori Mountains rangers have given to police fits the Sqoop writer. It is alleged that the signboard where mountain climbers pose after conquering the Mountains of the Moon went missing shortly after a team of 15 climbers was done taking selfies at the highest land area in Uganda. “He was the last one to pose by that thing and he was grinning like a bunny,” a ranger told police.

Police have since established that Ortega had earlier whispered to his buddies that in the ‘error’ of Photoshop, it would be hard to convince people that he conquered the Rwenzori.
“He said he would carry the signboard back to Kampala as proof and we thought he was joking,” one of the climbers told Police. Ortega’s phones are off but police in Kampala have deployed plain-clothed men around popular joints to waylay him once he shows up with the signboard.

Kabareebe accuses Don Zella of seeking limelight
Doreen Kabareebe, the 90s socialite who recently resurfaced on the scene to eat like a retro vixen, has accused Don Zella of fighting for limelight she does not deserve. Kabareebe told this column that the Covid-19 period and lockdown are hers. “I was the one who came out there when everyone was hiding behind a mask and confessed many things, including my virginity,” she said. “It’s my space.

Why is that aged woman fighting for the same space?”
She said Don Zella has been “acting funny” … “trying hard to eat into my hard-earned space.”
She said she had wanted to sue but her lawyer advised that she respects the elderly and allow them have some flashback in their lives.