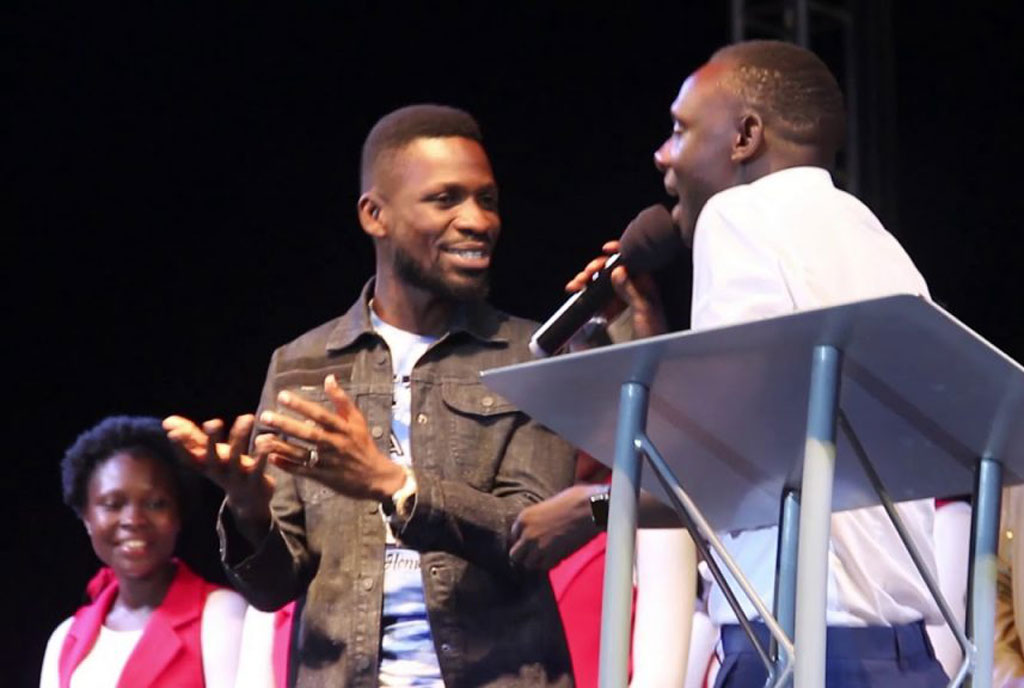 Renowned Uganda gospel musician Pastor Wilson Bugembe of Light the world church has been the subject of discussion on social media after claims emerged indicating that he insulted former presidential candidate Bobi Wine.

According to the reports, Bugembe during his sermon mockingly advised his ‘friend’ Robert Kyagulanyi alias Bobi Wine to accept defeat in the just concluded presidential elections, where President Yoweri Museveni was declared the winner by the Electoral Commission with 58.64% of the vote against Bobi Wine’s 34.83%.

Bugembe has been receiving end of all kinds of insults from Bobi Wine and NUP fans and followers.

While appearing on an interview on Uncut, Pastor Bugembe rubbished the reports stating that anyone with evidence should provide it.

“I want to let Bobi Wine and his family know that I have never said anything bad otherwise I would be apologizing. Social media is insulting me for nothing because someone sat down and concocted these stories to tarnish my name,” he said.

He maintained his innocence pointing out how whoever it is that set him up must be a very happy person since he accomplished his objective. However, he says that he has forgiven all those who have attacked him. Addressing his relationship with Bobi Wine, pastor Bugembe noted that they are still friends, adding that he trusts Bobi Wine is mature enough to realize that he is innocent.

“He is my friend and he called me recently to wish me a happy birthday and I was glad he took time off his busy schedule to do this for me,” Bugembe said.

Bugembe asked those who are still abusing him online to stop because he has done nothing wrong and the things said about him are not true because  has been trying to remain non political before and after elections.