Locomotive: The music, unity, and its captain – Radio

Why DJ Khaled and not Flavia?

NEVER FORGOTTEN: Monday was Mowzey Radio’s birthday and next Monday will mark three years since the crooner left us. In his memory, Denis Nsubuga takes a look at the footprints he left in his effort to inspire the Locomotive generation. 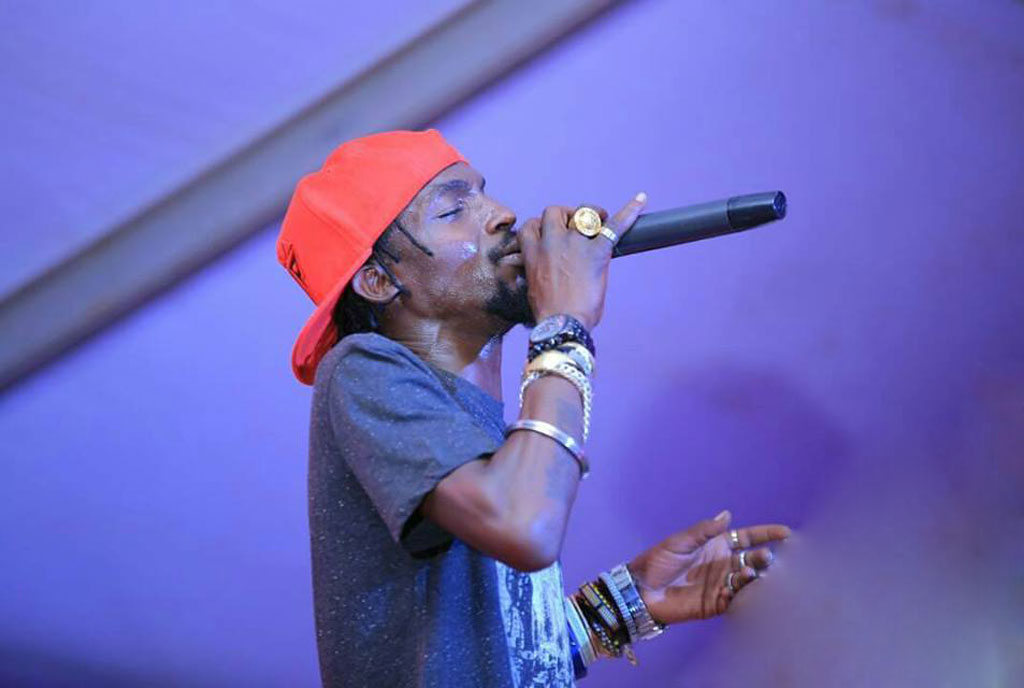 “Yes I told you, I told you we are taking over,” Benon Mugumbya opens a 2009 All-star tune, “Mr DJ”. “…And we’re just getting started,” he chants and sneers.

In the bubbly introduction alongside singer Peter Miles, Mugumbya, a singer and famed music producer, calls out Moses Radio whose scintillating chorus knitted together the three star-studded verses of the song.

The ‘collabo’ had some of the hottest kids on the block then. It went on to become a monster hit that dominated Ugandan airwaves, a club banger for party animals around Kampala, and an anthem that has since defined a local music generation.

Mugumbya’s intro of the five-minute track comes off as an affirmation of a new crop of artistes dominating the music circuit at the turn of the decade-2010s. From Sizzaman who reminded the DJs, MCs, radio presenters and events promoters that the music fans now had a choice, each artiste on the song figuratively asserted how their brigade was a force to reckon with. GNL rhymed in the record that they were the ‘young blood’.

Although Sizzaman doesn’t refer to anyone when he repeatedly sings, “We are hotter than them,” music critic, Jenkins Mukasa says the whole movement was an effort to break the industry away from the “monotony of Bebe cool, Bobi Wine and Chameleone.” The trio had dominated the music industry for the past decade. 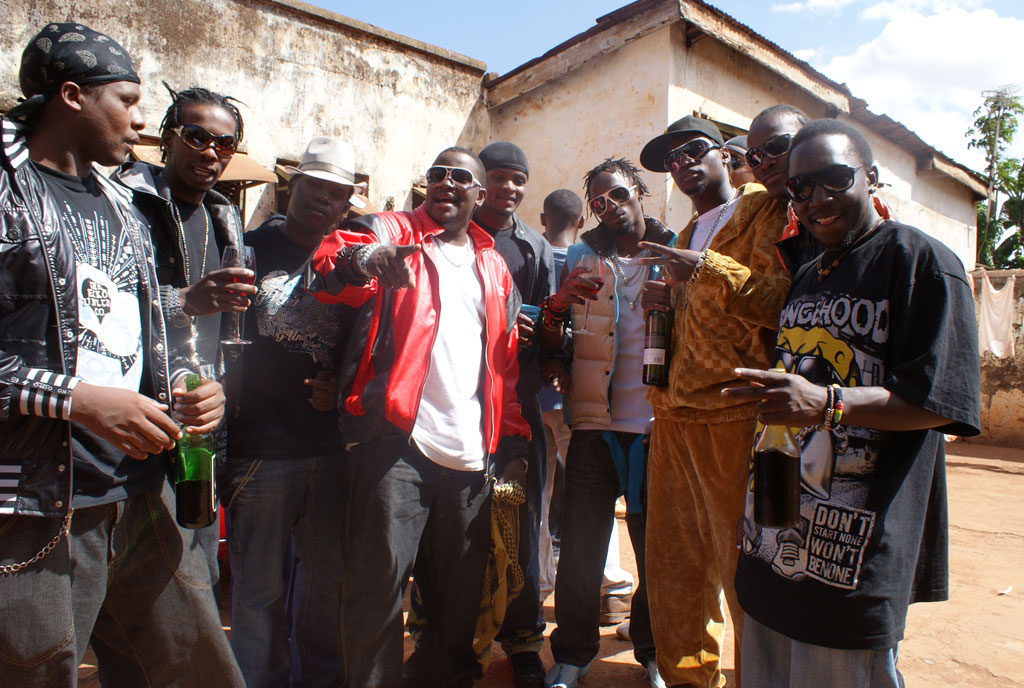 Flashback. Some of the Locomotive artistes at the shoot of “Mr DJ” video. PHOTOS/ COURTESY

With Radio as the main architect, Mukasa says, the initiative encouraged unity, working together and uplifting each other.

“Mr DJ” has 10 voices. But the official music video is a convergence of several artistes, some of whom had earlier charged the local mainstream music domain with several hits. They were organised in crews and labels, including the Goodlyfe, Swangz Avenue, Baboon Forest and Klear Kut.

Beyond the crews and personal careers, the artistes were friends. According to Viboyo, one of the artistes on the song, it is the love of music that had brought them together. He says the artistes had been friends for a long time.

“We had a history and had forged out a chemistry. We had met at shows and music studios. Doing collabos came naturally. Nothing was planned,” Viboyo says.

“We were young boys dreaming, we didn’t know how far or where it would go. We had dreams and these dreams were a sanctuary to us. We had come from humble backgrounds and families. We loved music, and thought maybe we could change things about us through something that we love.”

Initially, Viboyo recalls, during the day, the artistes would chill at Swangz Avenue, then located at Muswangali, in Makindye, a Kampala suburb.

As some recorded inside the studio, Viboyo says, others would hang out chatting away and sharing ideas. When the evenings fell, they would go to clubs to perform.

He says it never crossed their minds that they were doing songs that would become as big as they turned out. “It was about a good song, everyone doing their best. Whoever entered the studio room strived to do better than the last guy,” Viboyo relays.

When Benon finished production of “Mr DJ”, he asked Viboyo to take the single to Sanyu FM, “to try and see what they thought of the song.”

“On reaching Sanyu, I found a guy called Timothy, a programme director – cool guy. He listened to it once and before I left, he put it on air,” Viboyo beams as he narrates.

“Friends would start notifying us that they heard the song. There was a debate on who had the best verse. Everyone had their own choice,” he narrates.

But the song wasn’t a hit yet. Mukasa recalls Benon pushing the song so aggressively, because he was also pushing his brand, Swangz Avenue. It is said during the times of the duo, Benon and Vampos, the former saved money from performances to buy music recording equipment that started Swangz Avenue. His passion to grow the label into the recognisable brand it is today, enthused people and fellow artistes around him.

The “Mr DJ” audio was out. The song was increasingly gaining airplay. The need for a video was felt among the artistes, friends and fans. But where was the money going to come from? Viboyo was tasked to solicit funds from the artistes who were in the song. Luckily, each contributed Shs50,000 and with Shs500,000, they reached out to Bashir Lukyamuzi of Badi Films.

“The video was shot at Old Kampala. You had to prepare yourself. If you didn’t have a nice pair of jeans, watch or chain, you would borrow from a friend. There was so much brotherhood,” Viboyo reminisces.

“We were singing and slowly gaining popularity but we lived the same lifestyle as the rest of the youth,” he adds.

The impact was huge for all artistes, Viboyo acknowledges. “It was from “Mr DJ” that I was able to buy my first car,” he discloses. “With the exception of Radio and Weasel who were already big then, the song changed our lives. Every artiste on the song performed it where they had a show, and it was nice seeing people fired up and singing along.”

Barely before the song’s flavour on fans’ lifestyle waned, the same brigade of artistes released another anthem, titled “Whistle Song”. That was 2010.

“One day Radio said, ‘I want us to create a group and we call ourselves Locomotive’. Asked why, he said, ‘we are moving forward as one force. We are not stuck at one place. We need to show the younger ones that it has to move on. I remember him saying, ‘this is not about us. Locomotive should be everyone that wants to go ahead.”

The artistes and crews had grown in fame and money. Swangz Avenue had shifted from the modest Muswangali, Makindye to affluent hills of Muyenga. Goodlyfe was releasing, as they fondly called it, “hit after hit.”

Most artistes in the circles had made an impact on the scene. Life was better. They had bought cars, and they would drive and come by the studio.

Viboyo recalls, “One day Radio said, ‘I want us to create a group and we call ourselves Locomotive’. Asked why, he said, ‘we are moving forward as one force. We are not stuck at one place. We need to show the younger ones that it has to move on. I remember him saying, ‘this is not about us. Locomotive should be everyone that wants to go ahead.’”

Just Jose, real name Joseph Mwima Mbabazi, was the new kid on the block in music production. Working at Swangz Avenue then, he recollects that one day in 2010 he was in the studio editing some songs. Other music stars were outside chatting away.

“Radio came into the studio. We shared a joke, before he told me, ‘I feel like recording’,” Just Jose narrates. “He always wanted to record. He told me to look through my beats and play him the most complicated.”

“I had a ragga-dancehall beat, which I had kept. He liked the beat. He used to whistle before every song to get the melodies. I suggested we record the whistle. We both liked the sound. We would later justify the whistle as an expression of love.”

But recording the whistle was not a walk in the park, Mukasa says, because air distorts the sound during recording. He couldn’t whistle into the microphone, so Radio whistled in. “That was a great technique. That, plus helping to uplift careers of fellow artistes, are some of the reasons they call him a legend,” Mukasa says.

Just Jose says Radio wanted to help the young musicians, by doing projects together. The name Locomotive was figurative, an inspiration from the powered railway vehicle used for pulling trains.

“It is always on the move. Moving forward. No backward. You can add as many wagons. So even 1,000 singers could join. The idea was to help the young artistes,” he says.

Just Jose says the singers would voice and the producer would select which verse would come out. “I would not allow them to listen to other artistes’ recordings, because some would want to change theirs to improve,” he says.

He adds that editing and producing the final product was the hardest. There are artistes that voiced but never made it to the final product. “You didn’t know how those you left out would feel. Fortunately, some would understand.”

The video for the “Whistle Song” is cleaner than “Mr DJ” because, Viboyo says, by the time of the song, the group had not only grown career-wise, they could also talk business.

Julius Kyazze, the co-director and CEO of Swangz Avenue, constantly brought business ideas. For this song, he lobbied for Club Pilsner to sponsor the video.

Vampino kicks off the song reminding the listener,”….we told you we are just getting started,” before Cindy Sanyu, who was in the infancy of a solo career, affirmed that this was another one, “going straight to number one.” And true to that, the song went on to become a fans’ favourite.

Just Jose had produced a few songs prior. But the “Whistle Song” cemented his presence on the scene. And that, he says, gave him a challenge.

“I wanted bigger songs.  One achievement meant chasing for another one bigger, better. The pressure was that people always wanted something new,” he relays.

The then producer, who has now since moved into the ticketing business, would go on to produce various hits of the day, including Keko’s “Make You Dance”.

Mukasa says besides the numerous talents Radio inspired, he managed to change music generations. Today, from Ykee Benda, King Saha, John Blaq to Dre Cali, it is not uncommon to hear an artiste showering praise on the late singer-songwriter for making them believe they could make a career in music.

“We changed the sound of music,” Just Jose affirms, “That’s how the artistes started getting the various international nominations and awards.”

The 2013 BET Award nominee, Radio and Weasel went on to have numerous collaborations with both local and international acts.

“Paradise”, which did not match the success of “Mr DJ” and “Whistle Song”, was another tune in the umbrella of Locomotive. The love ballad featured less known artistes.

Viboyo says they worked together and supported each other on different fronts, including individual projects. During music video shoots, fellow artistes would be around to freely give ideas that would make the product better. For instance, according to a journalist who was at the scene, the shooting of Vampino’s “Love to Dance” turned into a party that saw all the artistes that were supposed to be behind the scenes end up in the video.

“They were always happy moments,” he recounts.