Tenants need a president who will be hard on house owners. 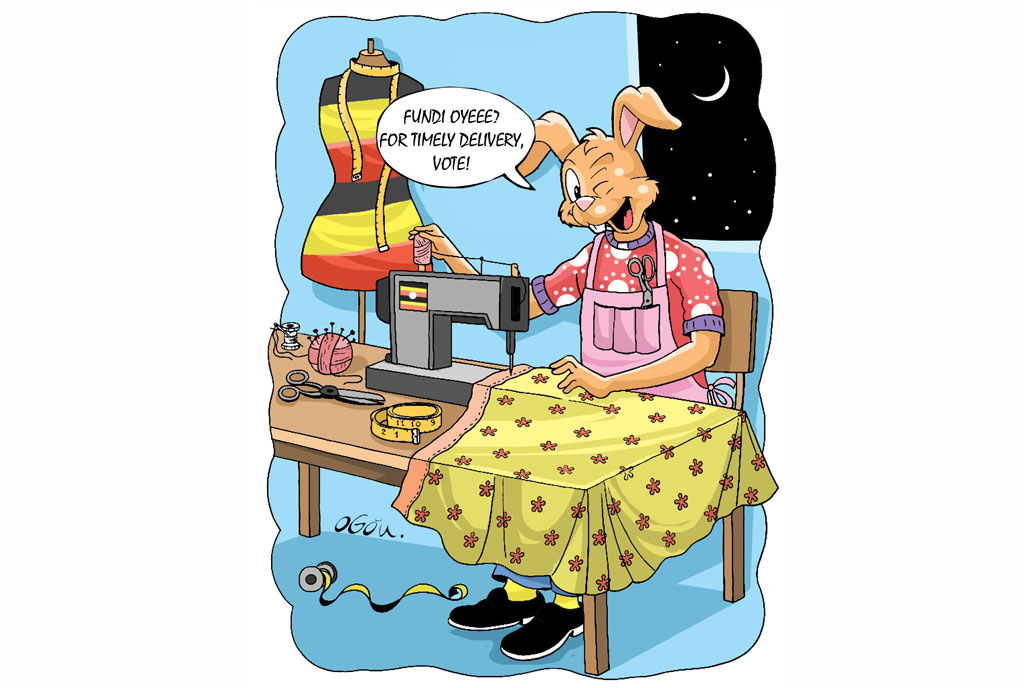 A New Uganda: As we await results from the election, there are some positions that need serious consideration to better the life of an ordinary Ugandan.

As the country awaits the final announcement by the Electoral Commission, we are glad to announce that there are many pending Presidential positions. This could be a chance for some of you out there to finally claim to be President of something. The year has just started, and the time is ripe for serious candidates to grab these Presidential seats.

Last year saw the growth of Stingy Men Association and Broke Men Association. It is important that the next president of UGA devises solutions to stop boyfriends from joining SMAU and BMAU. These associations threaten the livelihood of the girlchild. They should be treated as terrorist organisations. Any boyfriend who shows symptoms of joining either group should be blacklisted from the dating world.

Rent is increasing day by day, landlords are getting tougher. Tenants thus need a president who will be hard on the house owners. Just as we have Yaka for electricity, we need a pay per hour of sleep service. If I travel and spend weeks away from my apartment, it makes no sense to pay for those days.

Tenants should only be charged based on the time they spend in the house. Landlords should also be warned against abrupt rental increments, continuous threats of “leave my house.” We also need to protect tenants from false advertisement by house owners. We need to clearly re-define what entails a self-contained house. Those things of Mutungo rental houses being marketed as self-contained should stop. Just because there is a sink inside the house doesn’t mean anything.

Someone once said that if you were to enter the head of a Subaru driver and make the loudest noise, you would be hit with the same noise aka the loudest of echoes. The next President of USDA needs to reign in on the members. It’s also time the President categorized the drivers.

Outback drivers are sane drivers, respectful and probably the best drivers one can meet on the road. The problem comes from the Legacy, Imprezza and Forester chaps. Those ones need special lanes in the country. These are issues that should concern the next President.

Now employees need to be schooled in the game of excuses, in how to ask for pay raises without annoying the bosses. We need a president that will keep the members updated on the newest tricks in the game. How to say something important in the meeting without saying anything important. How to just drop words like; “let’s pivot, it doesn’t scale, what’s the ROI?” The President will also educate members on not claiming to be sick on Monday or Friday. We all know when someone calls in sick on Monday, it’s usually a lie.

Okay, why do Ugandan mechanics struggle with electronics? They can easily figure out issues with the bearings, bushes, pumps, filters, but talk of automation issues and you get problems.

It is preferable that the next President of UPEA gets lessons from an Axil somewhere in Wakiso. We need a pork monitoring application. From the time one orders for a kilogram, we should notice how it transitions to the skewer or the frying pan until it gets to the plate.

UTOA needs a President with new tricks. For example, it should be clear to traffic officers that Subaru drivers, apart from wearing caps, are usually broke. It should also be clear that Passos are now categorised as motorbikes.