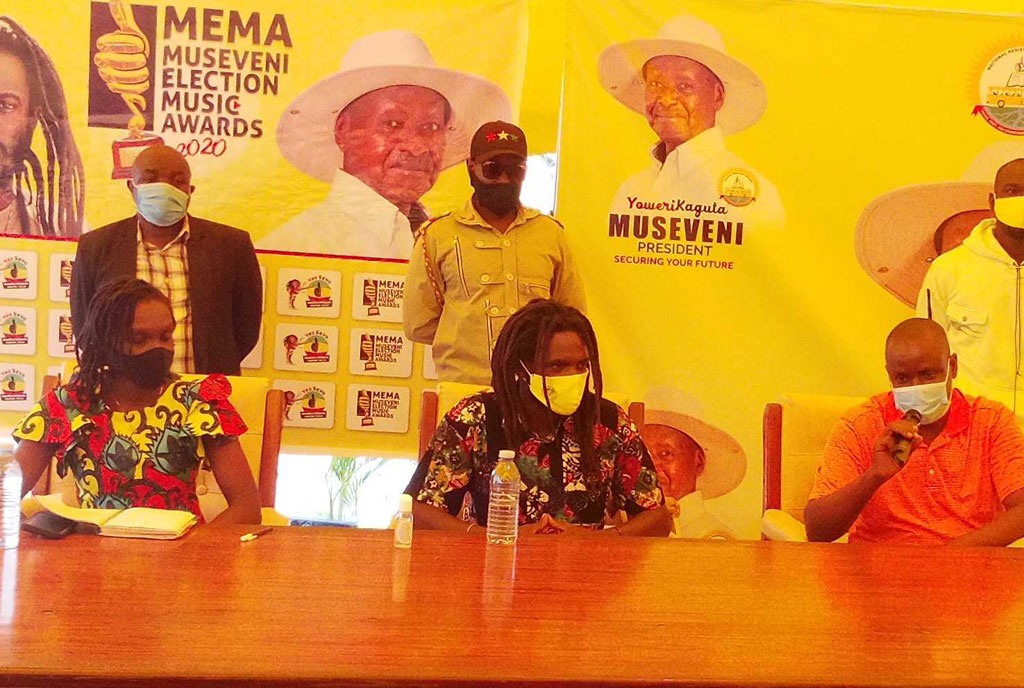 President Yoweri Kaguta Museveni is going to receive a Lifetime Achievement Award in the MEMAs on the 31st of December. This is courtesy of the Museveni Election Music Awards (MEMAs) an initiative by presidential advisor Mark Bugembe alias Buchaman.

The former Firebase crew vice president came up with the idea of awarding artistes who have composed songs for the president basing on the hardships artistes are facing due to the coronavirus pandemic.

“Artistes have been suppressed yet some of them have songs that are useful in building the nation so we decided to come up with this initiative,” said Buchaman at a press conference that took place earlier yesterday at the NRM secretariat. 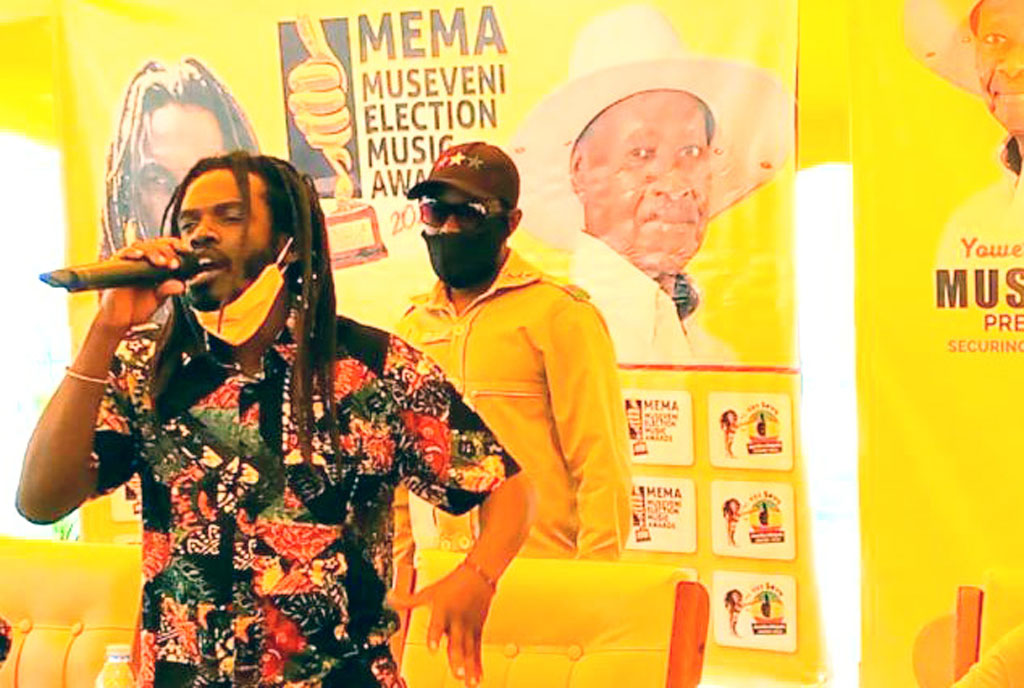 Buchaman speaking at the press conference

Adding to this, Mama Ghetto, Buchaman’s wife called upon those who want to participate to visit the MEMAs website to get a form to submit from and only a single song is entitled to submission.

“These awards are going to be like no other, all winners will receive a cash price of shs5million and so far 500 people have sent in their applications but out of those we are going to zero down on 200,” said Balaam Barugahara, an organizing committee member.

Some of the categories in these awards will include Song of the year, performing artist of the year, legendary kadongokamu artiste, afrobeat, and dancehall artiste while president Museveni who has two songs will be awarded a lifetime achievement award.

The MEMA awards will start from 8 am till 9 pm at Kati Kati restaurant and will be a virtual event with no audience. Only the nominated artistes and accredited media will be in attendance but only after having a Covid-19 test.