Nostalgia as Musicians’ Club comes back to life As people jam to an outro rendition of Rema Namakula’s Lowooza Kunze, performed by a female youngster, Albert Bisaso Ssempeke readies himself, strumming the bowl lyre, locally known as “Endongo”.

For a moment, faces in the crowd seem uncertain if their ears are picking the right melody, then the night’s emcee, Isaac Kuddzu, announces Ssempeke’s entry onto stage, and stays on to back him up for a couple of songs.

Seconds into the performance, Kampala socialite Allan Kanyike makes his way to the stage, flexing his shoulders, hands and feet to the rhythm of traditional folklore music.

The crowd is drawn in, clapping along. One middle-aged man quickly drapes a jacket around his waistline and begins dancing away. It is music that is unusual at the ‘Monday Night Live’ session.
It is time to jam to the music that fuses Endongo and Western instruments – the drums and electric guitar.
The Jam Session as it was originally called, was the place where luminaries broke their musical teeth by showcasing their artistic abilities in the presence of renown musical names and a supportive audience.

Actor Jack Sserunkuuma explains that originally, the space that was occupied by the Musicians Club, housed the Arts Club until 1989 when Elly Wamala (RIP), Moses Matovu and others founded the Musicians’ Club.
Musicians’ Club ‘ 89 Limited then took over the management of the Arts Club. Some of what was agreed on with the management of National Theatre then was that all other art disciplines had the freedom to use the space as well.

“Indeed, that was how it was until 2008 when the management of National Theatre under Joseph Walugembe chose to close it together with Alliance Francaise. That’s why in the letter, you see ‘Arts Club’ more than ‘Musicians’ Club’,” Sserunkuuma adds.

When the theatre’s management undermined its relationship with sections of the artists’ fraternity, the years that ensured on, did not favour the proper continuity of the Musicians’ Club.
As such, the spats drove artistes away from the arts space, which naturally led to deterioration of the quality of the Jam Session in not only the quality of artistry showcased but also the supporting hardware; the sound and its engineering. There are plans to revive the space, but for now, it is memories in nostalgia, especially for artistes who owe their breakthroughs to the Jam Session hosted at the Musicians’ Club ‘89.
“I started going to Jam Session in 1997 when I had just joined Makerere College School. In those years, I used to frequent the National Theatre to meet the late Dr Albert Ssempeke for folk music apprenticeship.

This is how I discovered the Jam Session and got interested in it because at that time, you could easily meet the music stars and legends at that spot,” narrates musician Joel Sebunjo.
The youngster looked forwards to have contact with Moses Matovu, Frank Mbalire and the big Afrigo Band crew. Every artiste worth their salt made it a point to hang out at the Musicians’ club ’89 to meet, socialise and mentor.

“Julie Ssesanga always had it done here, Hytham Muserebende was great at the time, the Afrigo Band, Percussion Discussion Africa (PDA) did an amazing job sustaining the love of music. I loved it all. Even before working at UNCC, it was my pass-time spot in my university days between 1999 and 2005,” Godfrey Lule, who later became the National Theatre spokesperson, recalls.

Bending elbows or taking drinks is so African and in the CICP space, where the Musicians’ Club was located, artistic minds met and let their creative juices yield to something.
“Artists felt the need to come together once a week and network and Monday being a free day for artistes, it was deemed appropriate,” recounts Jenkins Mukasa, an artiste who used the space to showcase his talent right from a young age.

There was a sound system and in the space, people shared a microphone, most importantly synergies where established artistes gave confidence to youngsters to blossom through sharing knowledge and experiences.
Sometimes, the CICP space got so packed that watching the performance was a struggle.
“This was the platform for critique and testing of the real talent and it was done with freedom. It was an amazing networking and social evening to different artists and art enthusiasts together. You would be amazed to find Phillip Luswata doing a song while Joanita Kawalya clapped to her song done by a fan,” Lule further recalls.

“It was a performance training ground. We used to have big crowds coming out, which boosted my stage presence and confidence. It also helped me network. At the Musicians’ Club, you could literary meet all the people who mattered in the music business; from producers to instrumentalists,” Sebunjo recounts.
“We had a good platform to learn how to perform on a live band and how to deliver good vocals on live performances. We got a chance to be mentored by those that had done it for long. Other artists even got recording opportunities. I learnt how to sing live on key. I learnt how to command a band as a lead singer,” Mukasa attests.

There were groups such as the Blood Brothers, Big 5 and Harry Lwanga to learn from. Hytham Muserebende Ssali was another regular at the Monday musical sessions.
His major take-away was the discipline associated with the session, thanks to the veteran musicians. He learnt paying attention to detail from Elly Wamala, who was a perfectionist, management skills from Moses Matovu and musicality from Sammy Kasule.

“It was during our time that we started ‘Jam on the Green’ every last Monday of the month, with sponsorship from Nile Breweries,” Muserebende recollects.
Jam on the Green was hosted in the craft village, behind the main theatre administrative block. There, music lovers enjoyed performances from big acts such as Afrigo Band, Jose Chameleone, Ragga Dee and up and coming acts at the time, for example Jamal Wasswa, Qute Kaye, Maurice Hassa, Jeckaki Band to which Aziz Azion belonged as a lead guitarist and vocalist.

The National Theatre is re-establishing the Musicians’ Club with hope of attracting musicians and artistes back to their space. In a letter dated March 20, incoming chairperson, board of trustees, UNCC, Sam Okello acknowledges a request by Jack Sserunkuuma of Link Africa Cultural Exchange Programme, for the re-establishment of artists’ club at the theatre.

“We are aware that earlier on, there was a Musicians’ Club ’89 at the National Theatre being run by artistes and space was provided by UNCC, which was later on discontinued in 2008. Mindful of the importance of artistes’ contribution in the development and promotion of the art and culture sector, and to the country as a whole, we would like to continue partnering with artists and culture lovers in this endeavour by providing them space at an agreed terms and conditions,” the letter reads, in part.
It adds: “We will, however, like to liaise with an organised and registered umbrella artiste organisation representing the entire arts fraternity. We shall also expect this group to provide us with their constitution, membership and its leadership which must have been constituted in accordance with the said constitution and must have a national character.”

Mukasa advises that there needs to be efforts to attract back artistes to the space through invitation. Until recently, there was not much to write home about the Jam Session.
Six months ago, the theatre’s management sourced the technical input of Richard Tuwangye, an artiste and director of Sketch Concepts, to man the Monday social event.
Part of the improvement has been the sound. There is a sound engineer on set. There is Jazz Freaks Band, which back up performers during the night.
Tuwangye is partly taking the Jam Session back to the basics, aiming to make the musical space accommodative to artistes, again as well as sector players like producers, emcees, talent scouts as well as sponsors.

“As we improve on the session, we are also looking at attracting a corporate crowd as well,” adds the director of Sketch Concepts.
There is a selective process as to who can perform, which Mukasa faults organisers on. In his view, Jam Session should be about letting people freely express their musicality.
If re-established, it would be valuable if theatre management looks at benchmarking the presence of artists at the Musicians’ Club ‘89 to create mutually beneficial partnerships where in addition to social interaction and performance, there is more artistic and cultural worth. 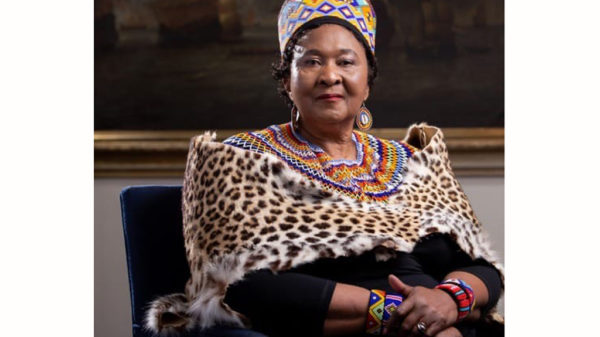