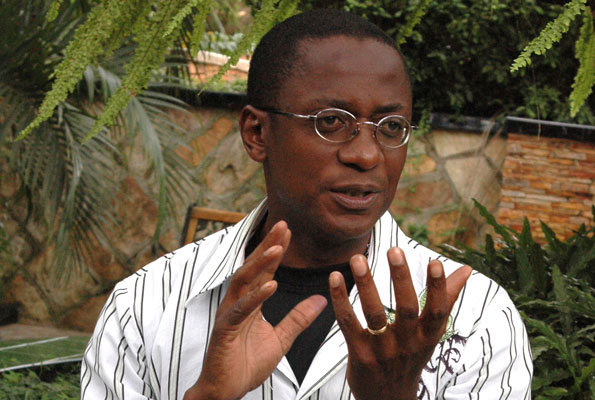 How to be …Peter Sematimba..rrrr 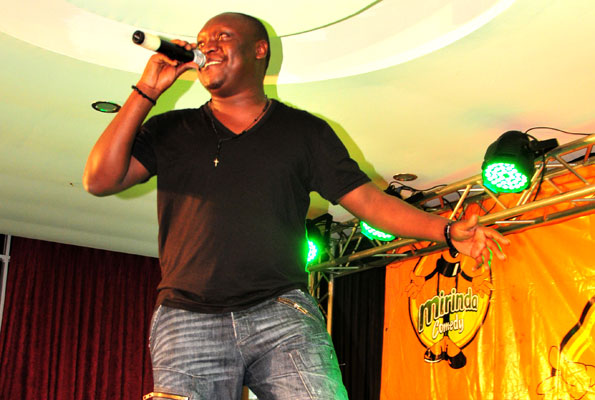 How to be Funny Salvado

RFI Nominee: He was nominated for the RFI awards, and possibly the next Maurice Kirya, met his fans Lex and Danny.

We know your first name “Richy”. What is your second name and tell us more about yourself?
I’m Richy Kaweesa, born to Pastor Sarah and Stephen Kaweesa. I was the last born of seven children in a middle class family, until three years ago when my parents adopted a baby boy.

What schools did you attend?
I went to Kabojja Junior, Seroma Christian High School for my O-Level and Kawombe Memorial in Seguku for my A-Level. I’m in my third year at the African Institute of Music.

What would you consider your biggest achievement in the music industry?
That would be performing at Uganda’s 50th golden jubilee at Kololo grounds. I performed the Jubilee song “yoga yoga” before over 10 heads of states, ministers, and a lot of people. It’s an experience I’ll never forget.

What has been your greatest achievement?
So far, my nomination in the RFI (Radio France International) awards this year.

What are these awards about?
They choose artistes from allover Africa and the Caribbean who have albums, but not mainstream artistes. They select the top 10 who are then voted by the public and the top three are selected by the judges. The eventual winner is selected by the public. I happen to be among the top 10 and Maurice Kirya happens to be the first and only artiste to have won it for Uganda. Hope I’ll be the second.

What are your chances of winning?
I don’t really know but you guys have to really vote by following a link on my Facebook and Twitter accounts or visit the RFI website for more details on the voting process.

How do you categorise your music because some of us think you do gospel?
I don’t limit myself musically but I’m more comfortable doing Reggae, R&B and African Soul, plus some bits of Hip-hop.

Tell us about your musical journey?
I started music in 2009 when I signed with Talent 256, now Talent Africa. I was with them for three years before taking a break for a year. I was then offered a free recording deal at Kish Records in Lubowa and half way that album I met Denis Katongole and Batenga, who took me on under their label Konektor Records in 2012, thus releasing my first 14-track album “My words”. I’m still signed to them.

Why did you leave Talent 256?
Well, it is because my music is didactic, which in a way doesn’t suit their style and mainly because I needed someone who didn’t have a lot of artistes to manage. Ali was so busy with artistes like Blu 3, Michael Ross, Navio among others and I felt left out.

Why are you in music?
I believe it is a calling and I’m good at it. Money and fame are just extras to me. I want to make a mark on the industry.

What is so special about you?
I sound different and I prefer to be defined sonically than be referred to as a person of a particular genre.

Are you the next Maurice Kirya?
I’m not sure I can fill those boots but I’m so honoured to be thought so, because he’s my mentor.

What is your view about secular artistes?
I feel there is less music and more drama and I may say they are slouching on their thrones.
What is that one thing you will never forget in your life?
In 2010 while in church, I forgot the lyrics and codes of my songs while performing. I just kept playing the guitar non stop.

MEET YOUR CELEB
Send e-mail to sqoop@ug.nationmedia.com and tell us the celeb you want to meet and we shall make it happen. Don’t forget to include your telephone contact.
You can also SMS. Type the word Sqoop (leave a space), the name of the celeb and send to 6933.