The movie :The Dictator Sacha Baron Cohen is simply nuts in The Dictator. He is so unconventionally funny, nasty, childish, lewd, uncouth, you name it. He works with director Larry Charles who directed mockumentaries Borat and Bruno in which he stars.

Charles has cut a name in comic work though his last major award was back 1992 at the Emmy Awards for The Fix Up movie, which won in the ‘Outstanding Writing for a Comedy Series’ category. Cohen is in the lead role as Admiral General Aladeen, the dictator of the fictional Republic of Wadiya visiting the US. And whereas the general’s role is to tickle you, you find that mostly in about half the running time of the movie.
In terms of content, and humour at that, The Dictator is closer to Borat though Cohen goes a little more professional this time round, and works with a script and professional actors throughout.

He gives you an idea on who he is trying to spoof when he moves with female guards. It is most likely fallen Libyan leader, Colonel Muammar Gaddafi, though the film is dedicated to the memory of the late Korean dictator, Kim Jong-Il. Kim Jong-Il is former supreme leader of North Korea who succeeded in creating a cult of personality and was often the centre of attention throughout his life. On his 60th birthday mass celebrations occurred throughout the country and many North Koreans believed that he had the ‘magical’ ability to ‘control the weather’ based on his mood.
But the movie presents a dictator in as much controversy as dictators present. In fact several reviews noted that the Marx Brothers’ 1933 film, Duck Soup, inspired parts of Baron Cohen’s movie.

The film has been officially banned in Tajikistan, described as ‘unlikely’ to be shown in Turkmenistan, shortened to 71 minutes by the censorship board in Uzbekistan, and banned from screens two weeks after its premiere in Kazakhstan.
Rumours were circulating that the film has been also informally banned from showing in Belarus, but state officials denied this referring to trivial deficiency of properly equipped movie theatres suitable for showing the film distributed exclusively in digital format. This film is banned in Malaysia. 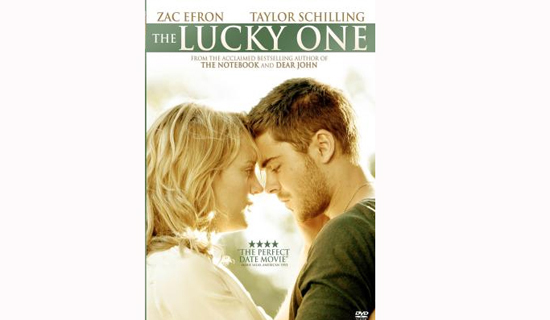 The DVD: The Lucky One

This movie’s setting is powerful, it makes the scenes realistic and the plot believable. The beauty of the pathways at sunset, flowing water surrounding...