Give him an inch and Chameleone will take a mile.
While other artistes are paid to promote phones for telecom companies, the Valu-Valu singer is taking extra measures by starting up his own phone company that he has called Chameleone Mobile.

Just like how Midcom deals in Nokia phones, Chameleone Mobile will sell “Chameleone Phone” in different “Chameleone Colours” according to the Leone Island boss.

On February 19, Chameleone will be in China to pick his cargo and the phone will go on market in the first week of April.
“I am working on my Valu-Valu concert for March 2 and 3 at KCCA Grounds and Colline Hotel Mukono respectively,” he said. “But after that I will embark on launching Chameleone Mobile. This phone is going to be the most affordable in Uganda, but not cheap.”

Chameleone will work with the telecom giants around East Africa to promote the Chameleone Phone. Looks like he is picking a leaf from Nigerian artiste D’Banj aka Koko Master who made several millions selling his Koko phone. 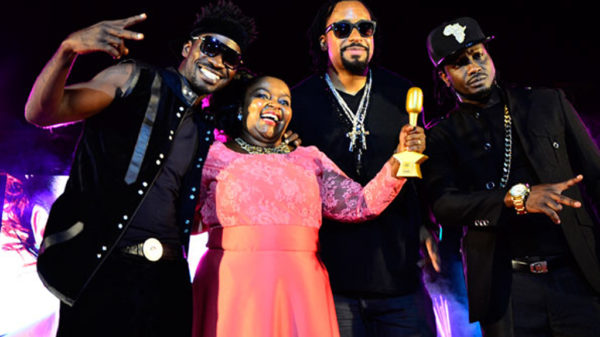