Proudly ugandan.  The grandson of Uganda’s first Prime Minister Benedicto Kiwanuka was born in Indianapolis, US, but he considers Uganda his homeland and even has the Uganda Court of Arms tattoo on his back. Sqoop  compiled his life story.

American football is a game few Ugandans are enthusiastic about. There was an attempt to introduce it in the country in the mid 90s, but it didn’t go beyond an exhibition game.

Ugandans are mad about “real football”, or rather what the Americans call soccer, to differentiate it from their football. Yet the biggest game in American football the Super Bowl is happening this Sunday and a certain player by the name of Mathias Kiwanuka will be playing for the New York Giants against the New England Patriots.

The game is taking place in Indianapolis, where Kiwanuka was born and The New York Times termed it a home-coming for him. But according to Kiwanuka, Indianapolis could be his home, but Uganda is his homeland.

“That is why, one day last week after Kiwanuka had answered a barrage of questions about the old days in Indianapolis, he stopped for a moment by a doorway to the Giants’ training centre and considered how much being Ugandan could possibly resonate with a kid who grew up in Indiana. ‘How much does Uganda mean to me?’ he said, his eyes wide. ‘It means everything,’” wrote The New York Times.

Kiwanuka is the grandson of Uganda’s first Prime Minister Benedicto Kiwanuka. His parents fled Uganda after Kiwanuka, who had been appointed the Chief Justice by dictator Idi Amin, was later murdered by the same regime.

Kiwanuka recollects that when he was little, his parents would talk about his grandfather though they would never go to details. “They would say, ‘He was a great man’ and ‘He fought hard,’ ” Kiwanuka recalled. “They would leave it at that.”
Kiwanuka was to later learn that this was to spare him the gory details in which his grandfather lost his life and to spare his parents the pain.

Kiwanuka remembers seeing pictures of his grandfather — “The man in the dress uniform,” he said — but did not fully understand the meaning of Benedicto’s life until he read about him in middle school.

Only then did he realise that his grandfather had been an officer in the Ugandan army during World War II. Or that Benedicto studied Law in Britain before becoming a lawyer in Uganda in the late 1950s. Or that after Uganda won internal self-governance from Britain in 1961, he became the country’s first prime minister.

Benedicto Kiwanuka who stood on a Democratic Party ticket lost the elections 1962, hence Apollo Milton Obote becoming Prime Minister when Uganda got its Independence on October 9, 1962.  Years later, Obote imprisoned him. But after Amin’s coup in 1971, Benedicto was released and chosen by Amin to become Uganda’s chief justice. Benedicto who was usually referred to as Justice Kiwanuka was  murdered on September 22, 1972.

Mathias Kiwanuka’s father is Emmanuel Kiwanuka, a political activist and his mother is Deodata, a nurse. The two fled Uganda separately when the country was under Idi Amin. They got together in the US and gave birth to three children: Ben, Mary and Mathias who was born on March 8, 1983.
Prior to going to the US, Deodata, was a nun. She studied as she worked at a camp with children in the St Francis Parish of Indianapolis.

She reconnected with Emmanuel Kiwanuka, a friend from Uganda who was studying to be a priest, and wrote a letter to her superior in Uganda to inform her that she was leaving the nun’s community.

“Early retirement,” she says in an interview in the New York Daily News. Kiwanuka also put aside his ambitions to become a priest when he met the nun.  Kiwanuka’s parents divorced by 1994.

Uganda at heart
Former teammate Mitchell Kawika, who played with the Giants in 2007, said Kiwanuka talked often about his heritage even before the trip. When he was a freshman at Boston College, Kiwanuka visited his sister in Washington and purchased a Ugandan flag, which hung on the wall of his room until he graduated.

Kiwanuka also has a large tattoo on his back of Uganda’s court of arms.

Kiwanuka last visited Uganda two years ago during the NFL off-season. He was joined by some family members and a former teammate, linebacker Mitchell. Kiwanuka had been to Uganda before — he went for the first time in third grade — but this trip was different. Instead of being shocked by the sights and smells of a struggling society as he was when he was a boy, he wanted to use his fame and money to help. His goal, he told Mitchell, was to bring clean, running water to a school in the village where his mother’s family lived.

Biggest fans
The New York Daily News visited Kiwanuka’s mother’s home ahead of the Sunday game. The  two-storied home was bought for her by Kiwanuka. This time the entire family was dressed in his 94 jersey and they couldn’t wait to support their son. But it hasn’t always been like this.

In February 2008, the last time the Giants reached the Super Bowl, Kiwanuka, who broke his left leg in Week 11 that season, wore a protective boot and watched the NFC Championship from Las Vegas. He watched the thrilling, last-second win over the Patriots from the sidelines.

He considered his options and compiled a sizable list of what he would be suited to do outside football, including a return to school. He never narrowed it; instead, he sought opinions from specialists, touching down in Los Angeles, Chicago, North Carolina and back to New York.

He declined to have surgery, and rehabilitated away from the Giants’ facility in light of the owner-imposed lockout last spring and summer. Last February, doctors cleared him to play and the Giants signed him to an incentive-heavy contract once league operations resumed. He cherished the chance.
Besides when he was fit to play, his brother Ben was very supportive.
“How many times can one person win the lottery in their lives?” Ben says. “I told him, ‘Just go somewhere where there’s a big pile of money and put your name in there.’”
Ben’s heart is also in Uganda as he has a motorbike with the license plates Kampala, though he won’t be riding it soon after he almost lost his life in an accident while riding with Kiwanuka a few years ago.

Playing career.
Kiwanuka who stands at a towering 6.5ft started out playing at Boston College. He was drafted into the NFL in 2006 at an annual salary of $1.75m (about Shs4b). That amount has since gone up as he signed a two year contract with the Giants worth $8.3m (about Shs19b).

The former defensive player who now plays as a linebacker registered a career-high 84 tackles this season. While Ugandans don’t care about American football, Kiwanuka will be watched by millions in one of the biggest annual events in American sport. At least someone Ugandans know – Madonna will be perfoming at half time during the games.

The game.  American football is a sport played between two teams of eleven with the objective of scoring points by advancing the ball into the opposing team’s end zone. Known in the United States simply as football, it may also be referred to informally as gridiron football.

In this article:American football, Kiwanuka 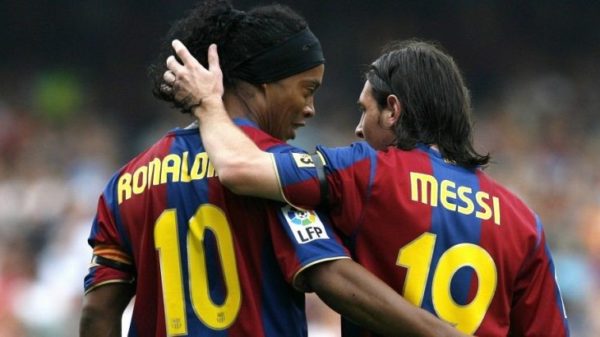 Now that he is retired, the winner of the Ballon d’Or 2005, Ronaldinho, spoke about Lionel Messi in a recent interview. The Argentinian superstar... 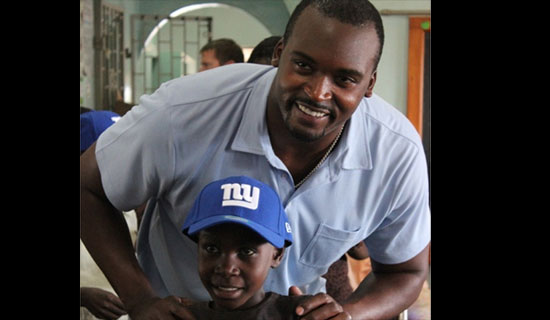 If it hadn’t been for the American Embassy, very few people would have known that a grandson of a key person in Uganda’s history,...