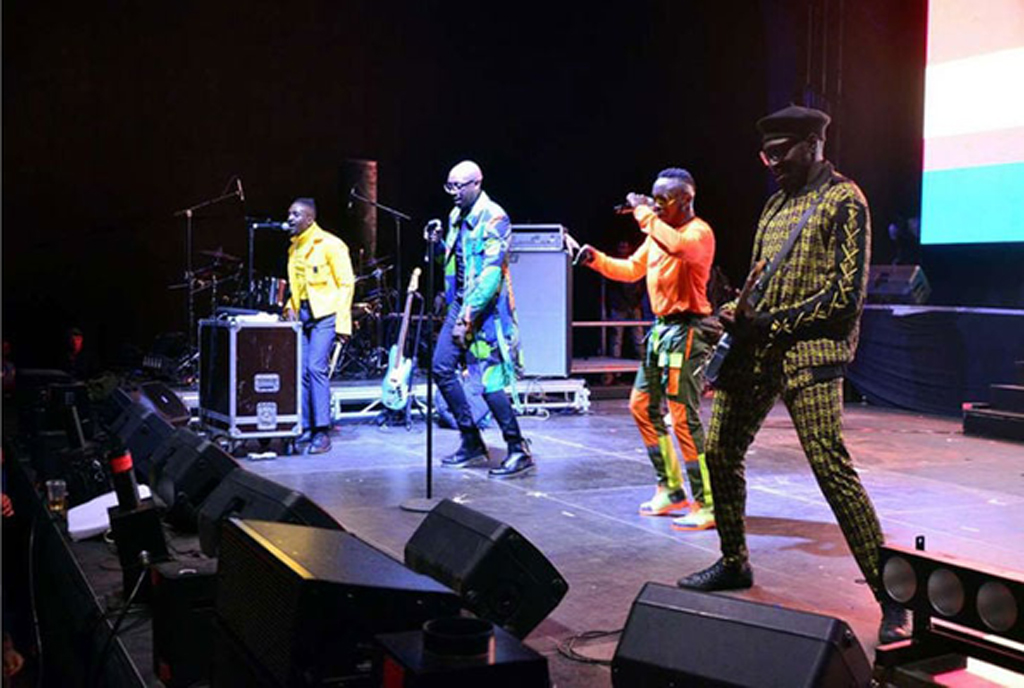 Afro-pop group Sauti Sol performing on stage during the 10th Edition of the Blankets and Wine held at the Ngong Racecourse on November 5, 2018. Photo | NMG

The Blankets and Wine (B&W) Festival will be making a comeback on December 21 after a two-year hiatus.

The Coachella-like festival, which gained popularity among urban Kenyans from its inception in 2008, grew to be one of the most outstanding, talked-about music and arts events in the country.

Held every first Sunday of the month when it first started, the festival became a crowd puller, thanks to its exemplary customer experience.

At the beginning, everyone attending was supposed to bring in a bottle of their favourite wine to the venue, a picnic basket with goodies and a blanket to just have a good time and enjoy electrifying stage performances from local artistes.

In addition to picnic setups, edgy fashion and style expressions, there were unique vendor experiences such as a fashion pop-up store. Such was the vibe that got everybody talking about the festival, the brainchild of rapper and entrepreneur Muthoni Donga, popularly known as Muthoni the Drummer Queen, or simply MDQ.

However, in recent years, the hype and the buzz around B&W have dwindled and to some, the event is long dead despite expanding to Uganda and now Rwanda.

Challenges
When I caught up with MDQ in Nairobi, she confessed that the festival has faced some challenges over the years but vehemently denied that it is a shadow of its past.

“The hiatus we took was due to the Covid-19 pandemic, then the recent General Election. The last back-to-back B&W editions we had were in December 2019 and January 2020. After that, the whole thing was benched because, like everybody else, I didn’t understand the pandemic,” she explained.

When the pandemic eased up, Muthoni met with the B&W advisory board early this year to plan a comeback, but she was very sceptical.

“Despite having lived through an election in this country, I still felt very tense about the recent election and didn’t want to deal with such a situation with a festival on the cards,” she says.

A decision was then arrived at to have the event on the quarter four of 2022, which will now be happening at the Moi International Sports Centre.

Over the years, MDQ said, there have been a lot of significant changes to the festival and that may be the reason the hype around the event is not as it used to be.

“But the event later gained momentum and we were now bringing in artistes from other parts of Africa. The scale of the festival just grew,” she said.

Sudden growth
The sudden growth of the event caught MDQ and her team unawares, becoming a little bit uncomfortable for them.

“It was the pre-teen experience: you are too big to be small, but you are too small to be big. So, you find yourself in a middle, uncomfortable space trying to figure out how to go about it,” she says.

Muthoni maintained that even though the buzz isn’t as huge as it once was, the event is still popular because of the groundwork they did in the initial stages.

“The treadmill of production was necessary at the beginning of the growth because we had to have that stickiness.

“That consistency is what you need when you are building, but it’s not the right strategy when you are now in that growth space where you have to choose between falling back and becoming small or taking the leap and becoming big,” she said.

For that reason, she had to mark time, go slow on the intensity of production to allow acclimatisation to the new growth and forge new strategic direction.

That resulted in the decision to down-scale production from every month to twice a year from 2017, having tried organising it quarterly in 2016 but “it still felt hard.”

MDQ believes it was the right strategy because so many factors come into play in organising such an event that was initially meant for 300 but whose attendance shot up over the years.

“It was no longer feasible to organise the event as frequently as before because much was now at stake than before, from the human resource needed and capital required because there is a scale in which you have to produce the festival for it to become economically viable,” she said.

For the 14 years she has been organising Blankets and Wine, MDQ gives account of two events that left her licking her wounds when the festival didn’t turn out as expected.

“The first and the most difficult one to bear of the two was in 2014. At the beginning of that year, we did a two-day event to celebrate the milestone of making 60 editions of the festival. The event was super successful and our next one didn’t turn out well,” she said.

For the next edition, MDQ and the team had realised that B&W had become popular because of the foreign artistes it was now bringing.

“We realised that the platform, instead of serving Kenyan local acts by giving them the Kenyan audience and having it flavoured by artistes outside the borders which was the actual purpose when we started, that was no longer the case.

“So we decided for the next edition we would return the event to the local acts, and that really backfired on us,” added the rapper.

MDQ says the Kenyan audience being very susceptive and unpredictable, they had come to understand the event was now all about “who is coming” and no longer about embracing and enjoying the Kenyan music.

Backlash
To mark the 60 edition milestone, B&W had a strong line-up consisting of Mafikizolo, who were the hottest duo at the time, DJ Black Coffee and Sauti Sol, among other local acts who were topping the charts at the time.

“Unfortunately, it’s the double-edge of Kenyans. We are very exposed and I tell you this as an artiste who has played on several stages around the world. Kenyans didn’t show up in numbers for that edition. They overwhelmingly rejected it,” she said.

The second event was a spin-off of Blankets and Wine—the Africa Nouveau Festival that Muthoni started in September 2015.

The festival was aimed at curating different facets of arts by having multiple stages at the same event, showcasing different alternative arts from music, film, fashion, and urban culture among others.

“What I didn’t know was that with this new experience, I was supposed to find a new audience. But I instead tapped the B&W audience. The idea was to tap into the Gen Z because I had realised we were having an intergenerational moment. So I tried marrying the event into B&W and it flopped,” she admitted.

MDQ doesn’t regret the failures, saying they have only made her understand the business better, and as December 21 nears, she promises a one-of-a-kind experience at Kasarani.

In this article:blankets and wine, Celebrities, entertainment, featured