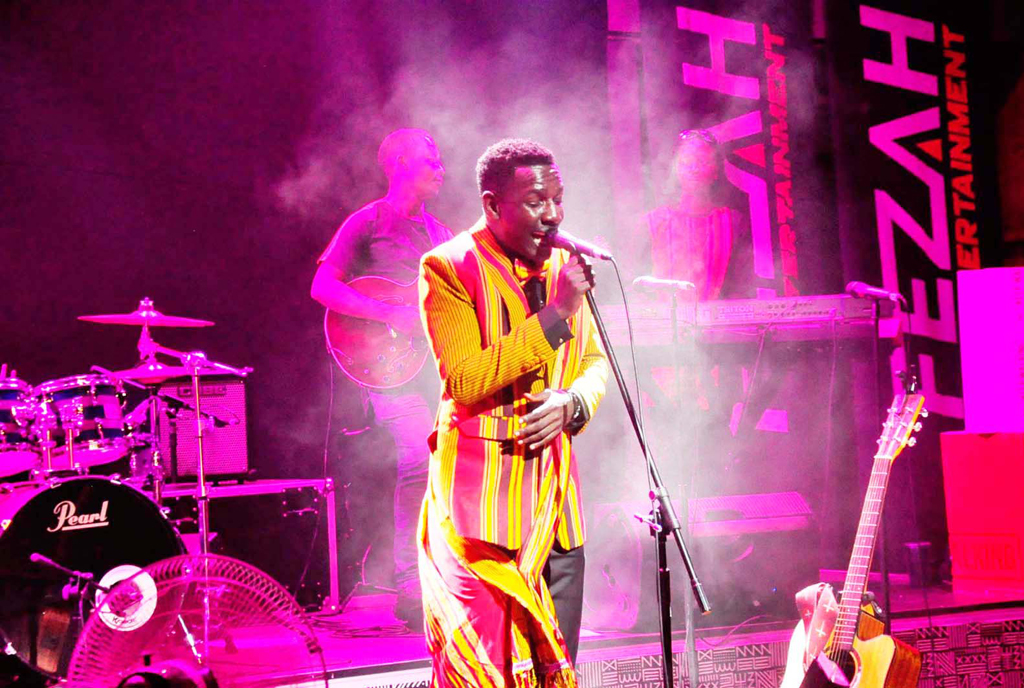 What usually our Ugandan Musicians forget is that when you plan to create a music album, you have to be with a theme or two, for your work to have a central idea that is carried throughout the entirety of the album.

Singer Kenneth Mugabi has always proved different that his albums prove to be a story with a central idea that flows from the first to the last track.

In his latest Album People of the land, Mugabi chooses to tackle social-based conversations that could have been ignored by most local creatives who usually opt to release whatever they record right.

“My people, people of the land…..  abazzukulu nabagamba ntya…. Omuzzukulu bwanambuuuza nti ekibira ekyaali wano kyalagawa”, in his album title song people of the land, Mugabi creates a soliloquy questioning the public and himself about environmental degradation, greed, and climate change denial.

Mugabi uses satire in the 4-minute track to call out politicians for choosing to be greedy at the expense of the environment. He further stresses the issue of climate change, calmly warning that the future will never forgive us.

The song is a solution based in that Mugabi prescribes a couple of measures to the matter as he asks everyone to plant a tree, protect nature as well as remind leaders that the solution to safeguarding the environment should be community-based which he terms “Bulungi Bwansi”.

Song number two called ‘Muvubuka’ is an open letter to the youth that resounds well with the hustle life of a typical Ugandan youth as he calls them out to work hard, and avoid contracting HIV/Aids, and unplanned pregnancies.

Muvubuka is followed up with a song called Asiya where he narrates an ordeal of Ugandan youths who usually get trafficked to the Middle East in the quest for better job opportunities. Mugabi later opens up to a discussion about Gender-Based Violence in songs that include; ‘Enjovu’, ‘Awunuuna’, ‘Ankuba’ where he collaborates with music legend Halima Namakula.

Unlike in circumstances where many assume that GBV is about women, Mugabi paints a picture of a male victim of GBV in his song Ankuba as he tells the side of a girl child in Awunuuna as he does the same in the song Cinderella.

On the 23-track Album, Mugabi never forgets his old antics as he treats listeners to a couple of poetic love ballads using his signature Afro-neo soul genre.