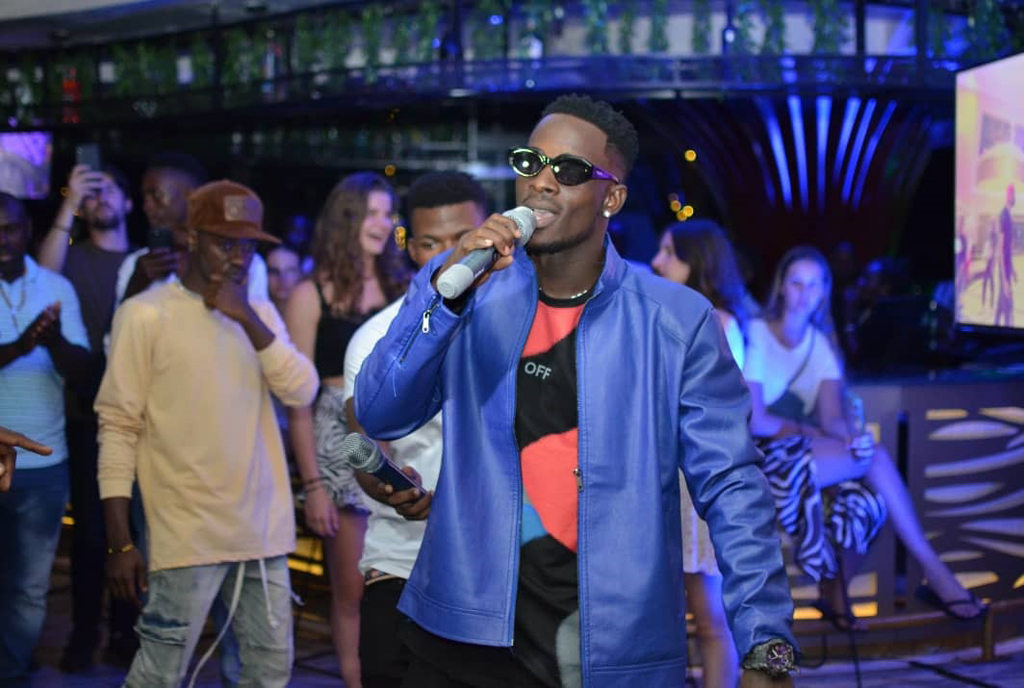 Amos Birungi aka Vamos 256 released a video for his first single off his upcoming album that is brewing in the studio. Vamos who is signed to Fenon Records dropped the single “Konkona” and in just a week he released the video as well.

The video premiere happened at Cielo lounge where his fans enjoyed the well-organised premier party plus music from different DJs.

This brand new single was produced by Steve Jean and Joel Keys at Fenon records and was written by Vamos 256 himself. The video was directed by Edrine Paul.

As the song’s name suggests, the artiste asks his lover throughout the song to knock at the door (Konkona) so he has a glance at her.

“Good choice of colours and good energy and dance moves and good choice of the site of shooting characterised the video that was premiered Thursday night, “said one of the revellers. 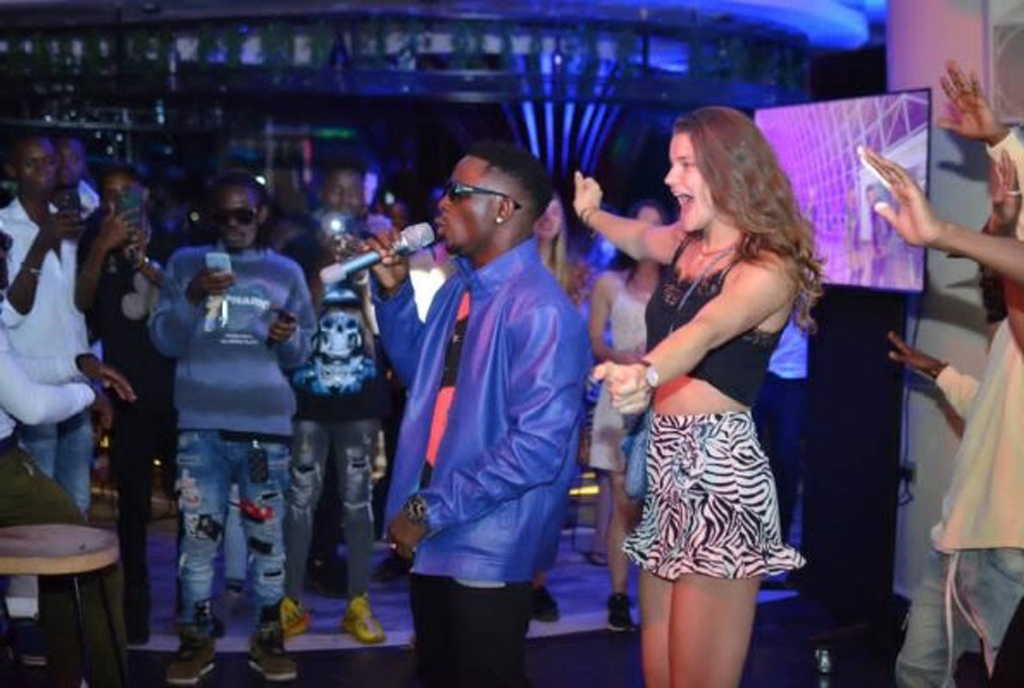 The video, just like the song lyrics, did excite the audience that watched him (Vamos 256) perform with a lot of energy during the premier.

Vamos 256 who is also signed under night sky talent management, pulled fans to the dance floor with his amazing jam which he believes is a very good start for the young talent he is.

“I wanted to allow myself to come to the world in style, we have cooked the song and the video for some time, and my management and I believe it was just the time to release these visuals, I am sure I am being managed by the best in this game and God with us the sky will be the limit,” says Vamos

On releasing the video expeditiously he said music is both audio and visual some people might appreciate more when they have a sight of the visuals or the video, so my management saw it wise to release all these in a small space of time.

Fenon the record label behind Vamos 256 is a company that does Events and music production and has over the years been focusing on events production and has provided stage, sound, and state-of-the-art lighting for both local and international concerts.

It is also known for having been behind the success of artistes Blu*3 comprised of Jackie Chandiru, Cindy, Lillian Mbabazi, and many other talents.