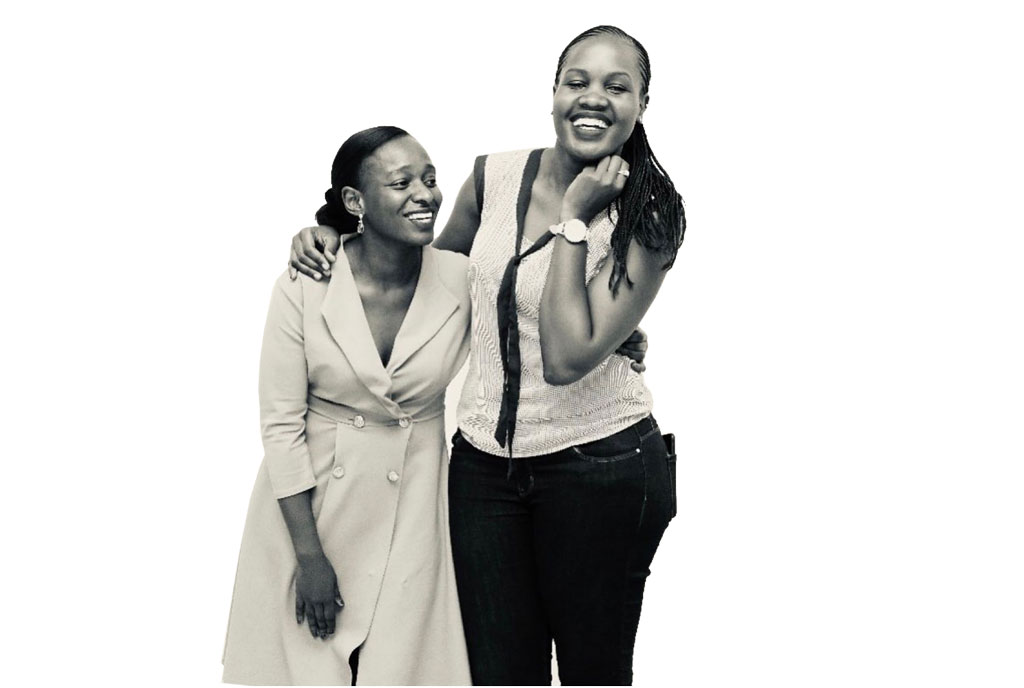 Janet
Briefly describe Ann Nixon?
She is my soul sister and we have known each other for about 12 years and we understand each other at all levels.
I call her Khloe( just like the Kardashian sister)  and she calls me Kim. She is loving, sincere, reliable and fun.
Why that nickname for her?
Her nature is similar to Khloe Kardashian’s, an American TV reality star in Keeping up with the Kardashians,  comes off as strong yet extremely vulnerable. She has always been the taller one.
Why do you consider her your best friend?
We accepted each other’s weirdness and conquer our life’s drama together regardless of our individual troubles.
What have you conquered together?
About 200 wars. Our friendship is less about specific experiences and more about how we feel towards each other.

I can tell if something is right or wrong about her from how she says my name. We have and are still conquering the world together.
What do you like about her?
The consistency.  I am such a poor communicator but she does not give up on me.
What do you dislike about her?
She is too emotional and loves obsessively.
You are in totally different careers, how do you harmonise your lifestyles?
We respect  each other and appreciate our differences.
Have you ever teamed up to fight someone?
Yes, her ex-boyfriend and I am glad she listened to me.
What will you never forget about Ann?
She is the most reliable person I know.
How far would you go for her?
If she were in Ukraine about this time, I would be on my way to get her.
Have you ever fought?
We argue and disagree but have never fought or broken up. We have high emotional intelligence.

Ann Nixon
How would you describe Janet?
Janet is young, calm, collected and, intelligent. She is very kind, a good listener, loyal to the core, definitely my soul sister and best friend.
How long have you known her?
For more than 10 years.
Why do you consider her your best friend?
Janet is my go-to person in times of celebration of good news and definitely my shoulder to lean on in times of despair, fear, anger, confusion and sadness.
You are in media and she is in judiciary. Why wouldn’t you find someone in the media to be your best friend?
Who does not need a lawyer for a best friend?

After secondary school, we both took different career paths but that did not stop us from remaining close.
What nickname do you call her and what is the story behind it?
I call her  Kiki, Kiks, Kim Kardashian. Growing up, we used to watch a lot of Keeping up with the Kardashians, American TV reality show. She has Kim’s traits, she is short and has an obsession for high heels.
What do you have in common?
We have the same sense of humour. What makes her laugh will definitely crack me up too.
What do you like about her?
Kim literally reads my mood from miles away.  With just one text message from me, she can tell whether I want to let my steam off to her about a bad day at work or I am extremely happy and want to celebrate with her.
What do you dislike about her?
She is terrible when it comes to answering her phone.  You will call her but she will return the call two days later.
How often do you meet and what do you do when you meet?
We are foodies, so we plan dinners for gossip after work and also, meet at family gatherings. We also meet when one of us is going through a tough situation and needs counsel.
Have you ever teamed up to fight someone together?
Yes, but I will not mention who.
More details please?
We teamed up to fight a common enemy, a very toxic person.
How  did it end?
Through constant talks, reminders and prayers together, we were victorious.
What will you never forget about Janet?
There are so many moments we have shared that I cannot forget. There are so many paths we have taken together that I cannot really single out one thing not to forget about Kim.
How far would you go for her?
To the end of the world. If she relocated with her family to another country, I would pack my bags and follow her.

Did you know?
Ann Nixon
Have you ever fought with Janet?
No, we might differ in opinion but we never fight. We laugh it off, diss each other then let it go. We have more happy times together.