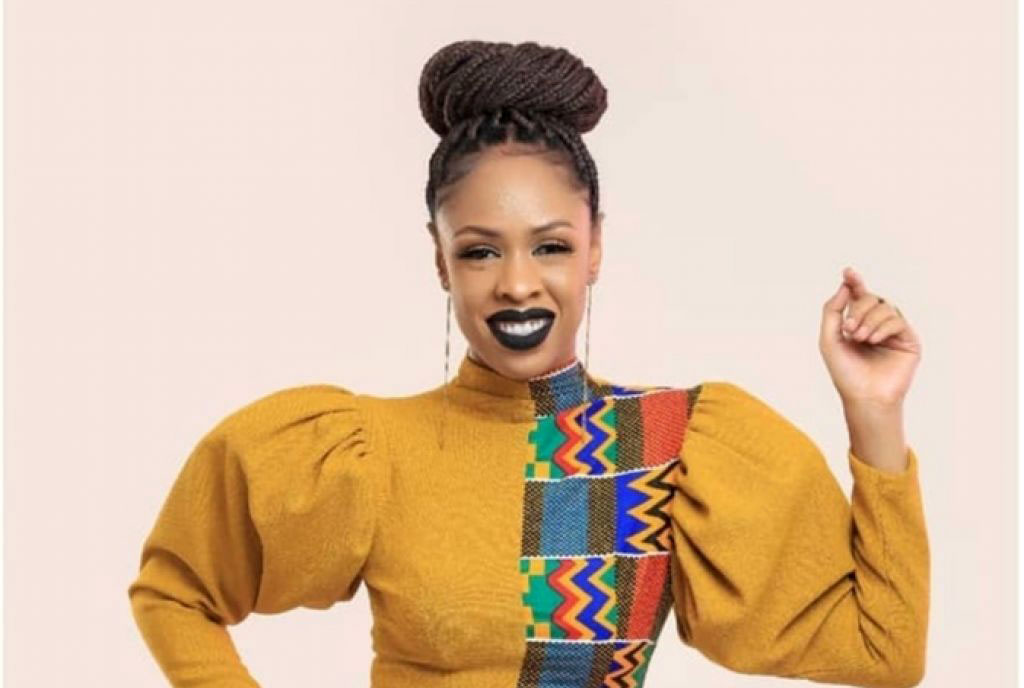 How have you been?
Iam one of the people who was blessed by Covid.
What do you mean?
Careerwise, I changed workplace and got an acting gig in Sanyu, a Ugandan telenovela series as well as got signed up as one of the influencers for Johnnie Walker.
How did you join film?
I had always wanted to do film but had no idea where to start. So, Cedric Babu and Nana Kagga came to my former workplace to place an advert for auditions. I picked interest and auditioned but failed miserably.

They called me again and took me up for Beneath the Lies TV show. The Nabwisos also called me later on and I act as Atwine, a salonist and Sanyu’s friend in Sanyu. I had however done a couple of films such as Puppy that showed in Belgium.
How is acting for you?
It is enjoyable until they tell you, ‘Action!’ and you forget all your lines and you have almost 20 people looking at you.

It is enjoyable when the director tells you, ‘it is fantastic!’  It is great when someone approaches you and appreciates what you do. There is a lot of work behind the scenes.
What happens when you forget the lines?

There is always someone to help you with the lines.Someone will say hints as opposed to you forgetting everything.
There is nothing as tiring as the camera crew waits for you to remember a conversation. Sometimes it is because of the nerves or you are ill-prepared.
Would you compare acting to radio presenting?
Radio is also a form of acting because when you are there, you have to bring in other emotions.
For example, I am not a mother but there comes a time when I have to debate as one and defend my child. Unlike acting, I do not have to cram or learn my lines but I do research and deliver.
What is the first thing you do when you wake up?
I slap the alarm clock. Let no one lie to you that you can get used to early rising. I switch on my water heater, thank God for life, shower and head out to work while listening to motivational people on radio.

And the first thing you do when you get to work…?
I greet colleagues, enter the studio and set my microphone, headsets and if my team is not yet there, I also prepare theirs, and the systems so that the ads run at the right time. Then, I do prep with my team.
Earliest childhood memory is…?
My dad was too strict that by 4pm, you were supposed to be doing homework.

One day, we played past 4pm and heard his car approaching. We climbed the gate and one of the spikes hurt me but we managed to enter the house, sat and pretended to be reading.
I bled but my father neither said anything nor did I. Later, my mother beat me and they took me to hospital.
First best friend?
My male cousins.
First kiss was…
I was 18 years old at Kabojja in the classroom but after classes. It was the worst experience ever because we both did not know what we were doing.
First book you read?
The Nancy Drew Files by Carolyn Keene. In the schools I attended, if you had not read this, you were not a cool child.
Your first job was…?

A promotions girl in a supermarket while at University in Nairobi.
How did you get the job?
My friends recommended me.
What was your first salary?
I was earning Shs40,000 per month. And, back then money was just for booze, lipstick because our parents used to cater to everything.
Most memorable experience?
I was trying to get on radio and TV in Kenya, Tanzania and Uganda but  gave up. I went to hang out at former Bodaboda bar, Garden City and Allan Kasujja found me there.

He told me how he and Seanice Kacungira had been looking for me to host a TV programme in Nairobi. He made a few phone calls and they told me to be at the airport by 6am and they would pay for a return ticket to go record and return.

That was the beginning of everything. I recorded three shows but was never called back.
What happened?
Stupidity, I thought I had made it. I had interviewed celebrities such as Necessary Noise, Avril, and Nameless. I recorded about five episodes which had not even aired and returned.

They called me back for another recording the following week. I missed my flight because I was drinking. We went to Entebbe and stupid my friends persuaded me to go and drink.

My flight was switched to the next day but I continued drinking and by the time I got up to go to the airport it was late.  A friend helped me and when I reached Nairobi, I was reeking of alcohol.

They let me record and flew back to Uganda but decided to record the entire show all over again. My stardom began and ended before anyone knew me.

What did that teach you?

When an opportunity comes, it comes once and you have to take it, respect it because I wasn’t the only talented person for that show but when you get such a chance, respect that job that you have been accorded.
In my kind of job, don’t let cheap popularity get onto your head which is one of the stupidest mistakes we make. Once you do that, you lose your humility, and work ethic. If you are lucky, it might come back again.

Best advice?
Alfred who told said “Stop competing. You are competing with so many people that you are even competing with yourself instead of enjoying the journey.

Your hobbies are…
Reading inspirational books, hanging out with friends, and making people happy.