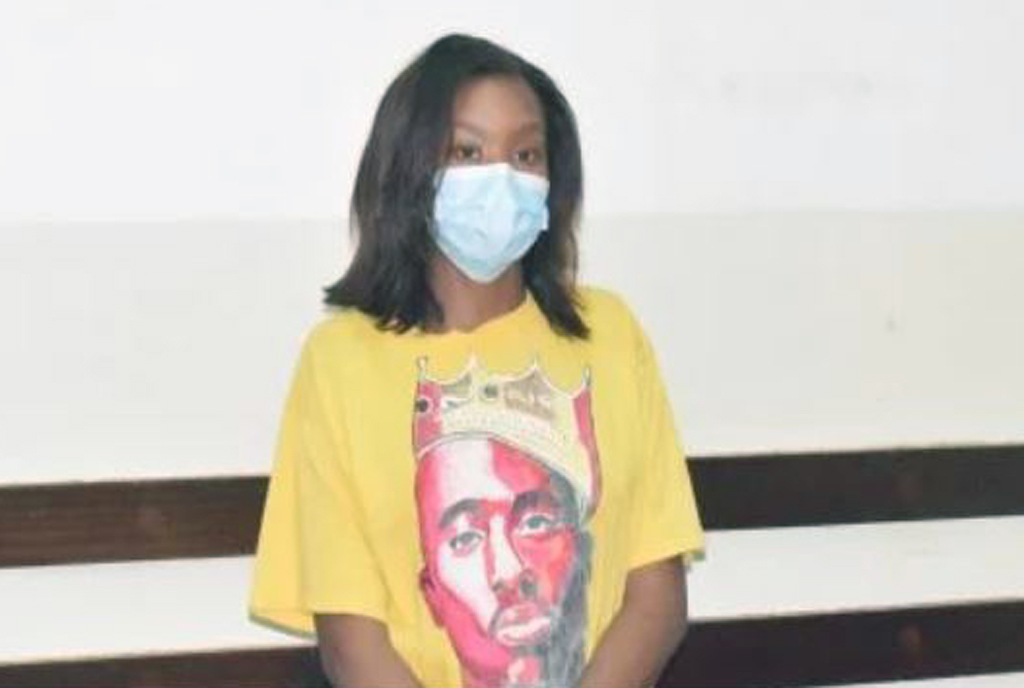 Veronica Njeri at the Kibera Law Courts where she was charged with stealing from her boyfriend. PHOTO | NAIROBI NEWS

Veronica Njeri, 23, is accused of stealing the phone, a wallet containing USD800 and KSh30,000, and a passport from Sierra Leone diplomat Kabba Ibrahim on November 8 jointly with another accomplice at large at Black Rose apartments.

Njeri, a third-year student at a local private university, is said to have called Ibrahim whom he’d just met two days earlier, and informed him that she was drunk at a nearby entertainment joint and needed help.

Ibrahim drove to the club in a cab and met Njeri in the company of a woman she introduced as just a friend.

He took both of them to his house in a cab and paid the cab driver who left immediately as he proceeded to his house with his two-day girlfriend.

After moments in his sitting room, he took Njeri to the washrooms to vomit leaving the other woman in the sitting room.

They spent around 10 minutes in the washrooms and upon return, the other woman had left with the items leaving behind her mobile phone which did not have a SIM card.

Ibrahim left Njeri asleep in his house and went to report the matter to the police. After sobering up a day later, Njeri told police that she doesn’t know the woman she was in the company of when she called Ibrahim to pick her at the club located at a mall in Kilimani area.

She was arrested and charged with the theft.

Njeri denied the charges before senior principal magistrate Esther Boke of Kibera law courts and was released on a KSh300,000 bond with surety of a similar amount and an alternative cash bail of KSh100,000.

The case will be mentioned on November 24.