The Lockdown Life: Kulumba taught himself to be a flexible, multi-talented, adaptable, multi tasker, who gained discipline and learnt how to manage all his trades, writes Fred Mwambu. 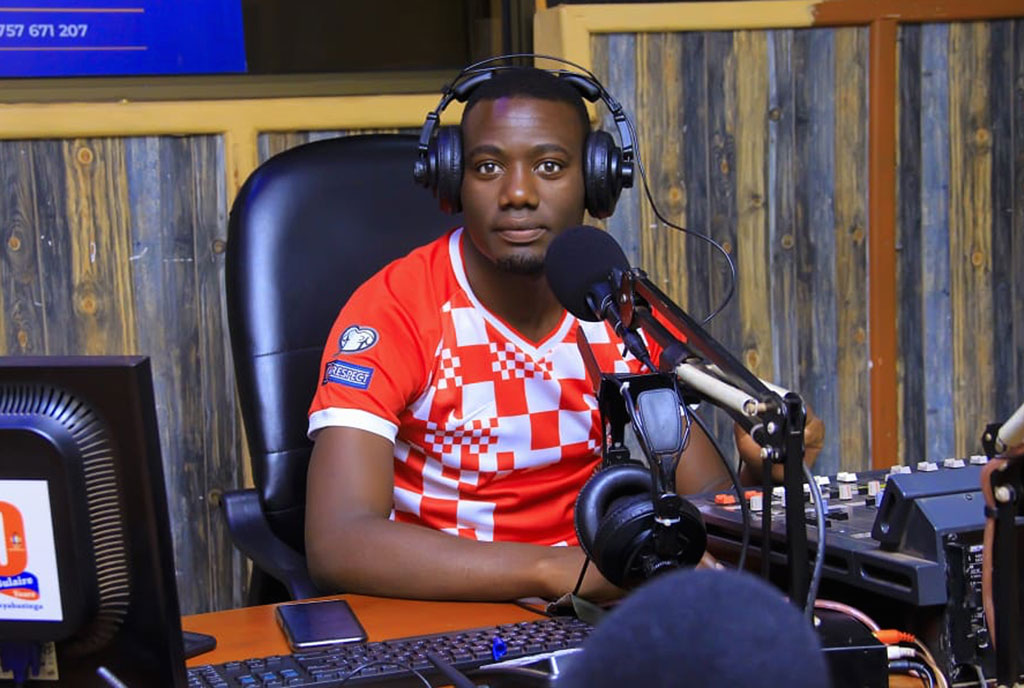 Very few people can do commentary for football lovers, sing music that touches souls, and read prime-time news on TV and radio at a go, but journalist Paul Kulumba blends this with relative ease.

Born in Bweyogerere to Andrew and Teopista Kaggwa, Kulumba christened ‘The Brazilian’ by his sports listeners discovered his vocal talents while at St. Peters Naalya where he did his Ordinary Level education but his talent was not nurtured and groomed early enough until later in life.

“My passion for music started in high school where I would lead songs. It is from there that our choirmaster called Sam Were who was attached to the famous Prisons band identified talents and started teaching us basics in music and also some brass musical instruments (that I learnt) such as the tuba, saxophone and the trombone. I was doing well and almost joined a band,” Kulumba says of his early love of doing the vibes and the metals. His star had started to shine. 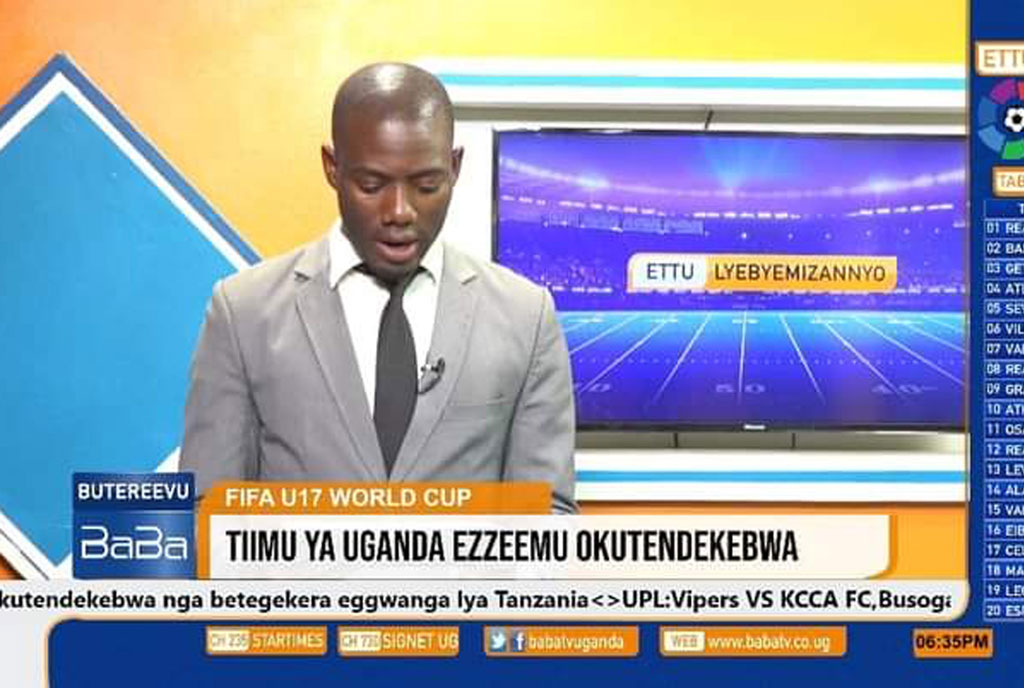 However, just like many Ugandan parents, Kulumba’s, too, discouraged him from juggling music with academics and only constricted him to the latter but along the way, he identified another talent that kept him going.

“Sports and music have been my passion so when I was temporarily barred from continuing with music, I started building on my other talent – sports commentary. I started doing commentary at Dunamis FM in Mukono straight after the university in 2013,” Kulumba who did Bachelor of Arts in Social Sciences passionately explains.

His work as a commentator caught the ears of Baba Media group scouts who lured him to Baba FM in Jinja. The station is owned by former Jinja West legislator Moses Balyeku with the Busoga kingdom as a major partner.

“My work at Baba FM impressed the bosses who also tested my voice for news anchoring. I did well and became a permanent figure at the top of the hour bulletins. I had just completed my diploma in journalism and mass communication. I was later added to the catalog of news anchors when Baba TV was founded in 2017 and have been doing remarkably well.” 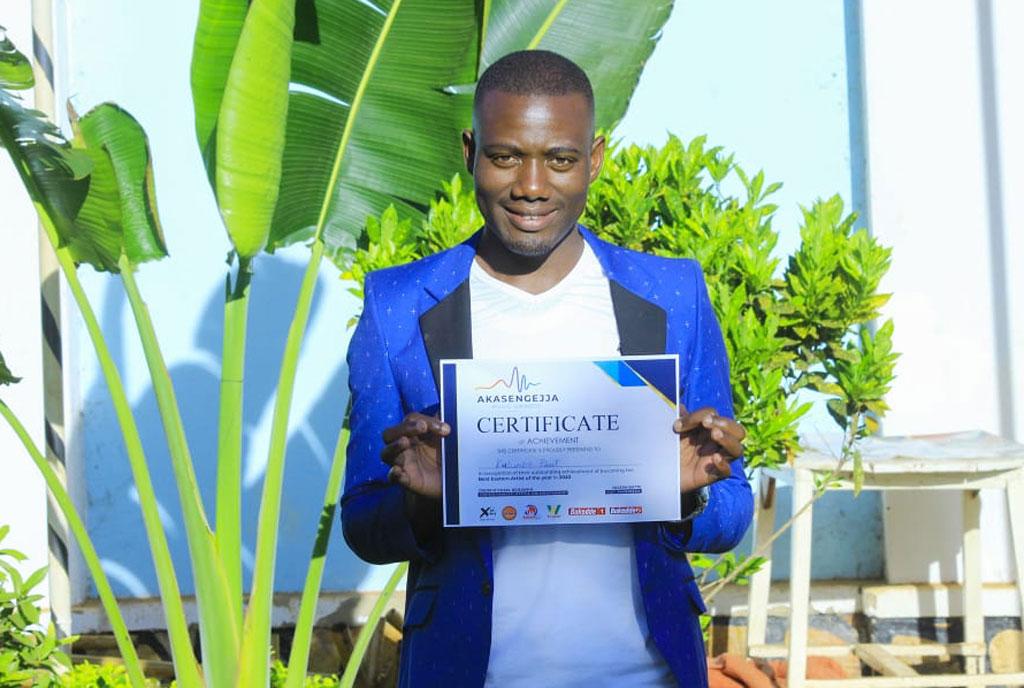 After almost a decade-long hiatus from music, Kulumba revived his passion in 2019 with his first single ‘Ye yekka Mukama’, a gospel song that didn’t quite shake the airwaves but certainly cleared his dry throat for what looks like a brighter future.

“I returned to music in 2019 while at Baba media and recorded my first audio song Ye Yekka Mukama in 2019 but it never went far because I was just trying. I didn’t even make a video for the song,” he says.

Ye yekka Mukama’s performance seemed too horrible that the upcoming singer, who was not ready to see his career take another nosedive, decided to make an instant switch to secular music. It paid off!

“Gospel music sells but because I was beginning, I had to take whatever was around whether gospel or secular but I prefer singing about love in secular.”

His second hit was Ndibaasa released in March 2019.

In Ndibaasa, Kulumba was hypothetically acclaiming a beautiful woman that many men yearn for but in reality, his vocal cords were starting to lay bare the talent the creator had bestowed on him.

“My second project was Ndibaasa which became a hit in Busoga and even penetrated to Kampala and the juicy Central region. I actually premiered the video at Bukedde TV’s Akassengejja show and the feedback was really amazing and pushed me to do other songs.”

Kulumba did not leave the Ndibaasa candle to burn out and immediately rushed back to the studio to produce Akalimu and Omulungi Wange consecutively in July and October 2019 before arriving with Watuuka in March just before the 2020 Covid-19 lockdown blow.

“I can say that Watuuka was my breakthrough song, it really sold me to the music world. It’s after releasing the song that people were able to differentiate between Kulumba the journalist, the commentator and now the musician.

“I met Maro [Ronald Magada] in one of the Baba FM’s shows and he liked my voice and music and that’s how his studio invited me to produce the song from there. It was a hit,” he fists the air to emphasise.

But whereas Watuuka sings caution to a certain young woman to “settle down in her new marriage and concentrates in serving her husband”, Kulumba has decided to juggle  his talents without settling for a particular one.

“The advantage I have over other upcoming artistes is that I am a journalist too so, I can use that to grow my music career. That said, it will be hard to choose over one path in the recent future because I am good at all of them and want to continue mixing them together.”

“I had started getting a lot of gigs to sing at introductions and weddings, some of very prominent persons in our societies but the pandemic brought that to a halt. I could easily make a few millions a month which is much more than journalism.

“However, the break also made my music to promote online. I can say that I was among those who penetrated a lot during Covid. I actually made a good song that was used to sensitise people called Tukwatire Wamu featuring Vanie Tyrah, another fast-rising singer in Eastern.”

With a bigger piece of the music cake shared in the Central region, Kulumba is not planning on relocating from Jinja but rather going for collaborations.

“In the future, I would want to sing beside Rema Namakula, Sheebah Karungi and David Lutalo because they sing my type of music but for now, I will keep the plans underground as my managers work out.”