Dokey and Hatim: United by music 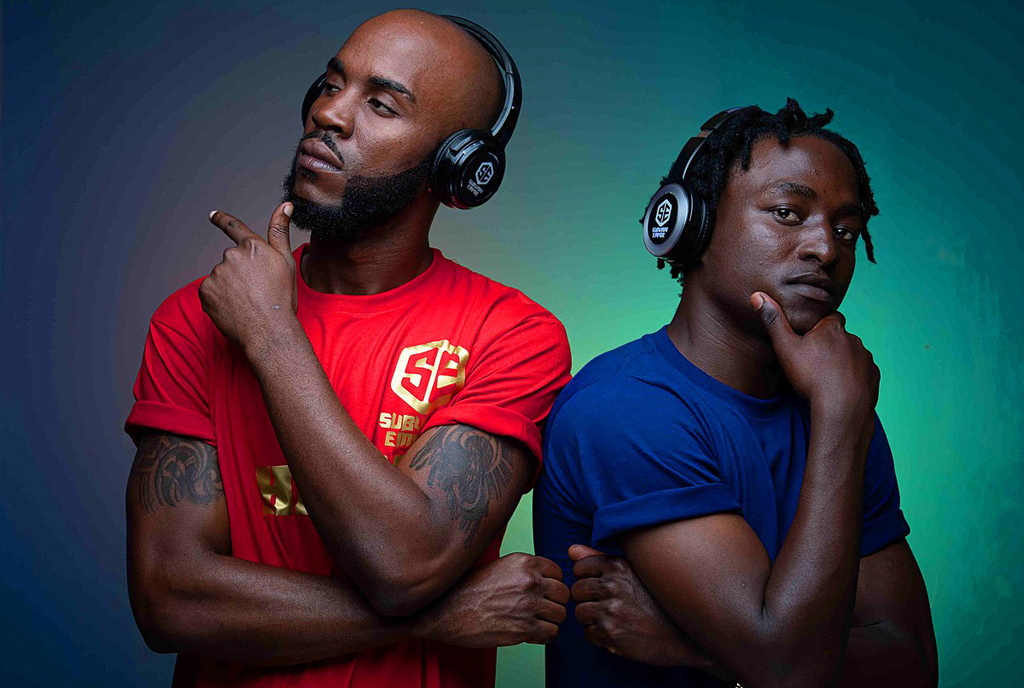 Geoffrey Nkwanga, aka, Dokey is a song writer and artiste while Ken Seruwagi, aka, Hatim is an industrial artist, singer, songwriter and producer. The duo are known as Hatim and Dokey and their songs include Oli Omu, Bukiika, Mr Microphone, and After Quarantine. Isaac Ssejjombwe caught up with the two.

Dokey
When did you meet Hatim?
I met him in 2019 at Nuff Empire Studios where he used to be the in-house producer.
When did you decide to do music?
I have been doing music but I decided to go commercial mainly as a writer in 2014. I have written songs such as Musawo by Winnie Nwagi, Kisasi Kimu by Sheebah, and You Are Sweet by Rema.
What do you like about Hatim?

His unique music style and versatility.
How unique is he?
His sound and lyrical composition compel one to listen to him.
When did you come up with the idea of being a duo?
After doing many audios in the little time we had just met.
How many songs do you have so far as a duo?
I cannot count the songs, we have a lot of albums so far.
What are your fondest memories of him?
The first video shoot we did was like a dream come true and every moment we get together in the studio and on stage is always memorable.
What is the first video you did?

Kakodyo ko.
What do you dislike about him?
He leaves a lot of work which I have to complete afterwards but it is a blessing in disguise.
What is the craziest thing you did together?
Letting our former management go. It was almost impossible but the time after is encouraging.
What was the name of the management and why did you leave it?
Subwami Empire wanted to deal more in silent disco since performers are locked down. The expectation of earning from the music we had put up was seemingly invalid and we had to carry on regardless of the circumstances.
What nickname do you call him?
Seru, a short form of his surname.

We made our music brand commercial and look forward to making a label after enough experience of music management and distribution. We sell music to artistes that need our help. And song writing is easier when we are together.
How far can you go to help him?
I would pay for his wedding if he let me and I would share with him my last doughnut.

As soon as we met.
For people who had just met, how did you connect?
We had a chat that made us discover many similarities in our dreams and career.
What do you like about Dokey?
Many things such as his music skills, he makes a good friend and a brother. Dokey is hard working and has a lot of endurance.
Who came up with the idea of a duo?
Dokey.
How many songs do you have so far as a duo?

Well, we have 12 songs out already and the work in studios is immeasurable.
What are your best memories of him?
The day we met, the day we shot our first video.
What happened on the day you met?
The studio vibes were high the day we first met and we had recorded more than 10 songs by the end of the first week.
What do you dislike about him?
He is always in the studio and never rests. (A joke anyway).
Craziest things you have done…?
We spent almost a month at the studio without returning home.

What were you doing at the studio?
Our first video marked the beginning of our journey. In brief, it is a memory of two weeks we spent homeless but God was on our side thereafter. We recorded music and got to know each other more.
What nickname do you call him?
None but it sounds like a good idea for me to work on.
Have you ever teamed up to fight someone?
Happy African boys never fight.