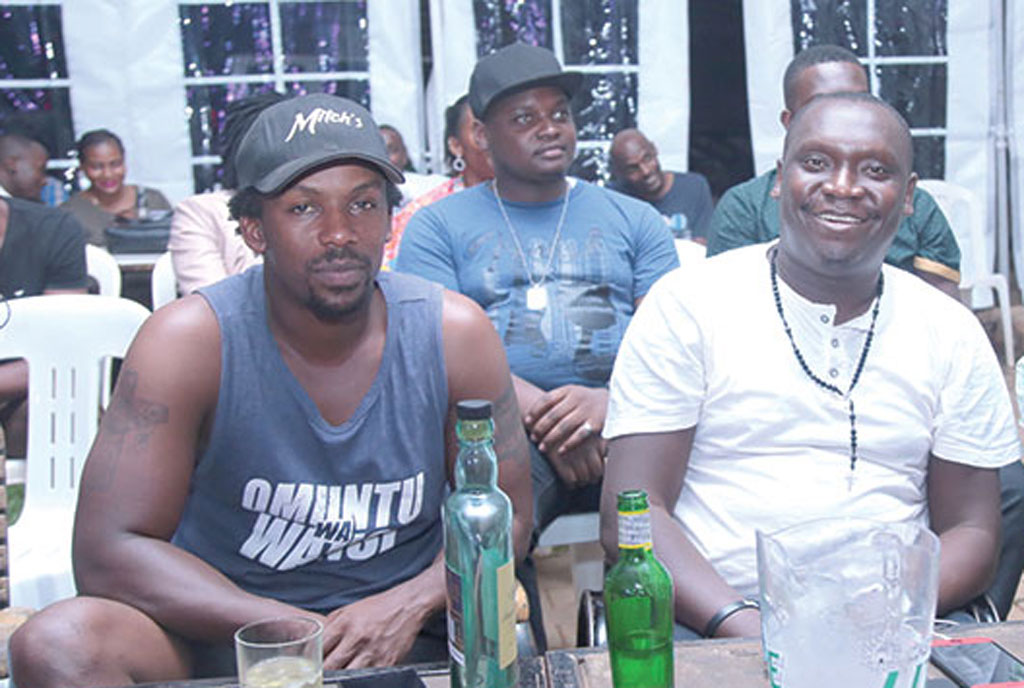 Who would have imagined that Vince Musisi and Patrick ‘Salvado’ Idringi would spend over three months without seeing eye to eye? A few years ago, a group of young vibrant Ugandans that loved to party and travel came together and called themselves the Expendables.

However, the group disbanded after a while but some group members stayed close and in touch among those were Vince Musisi and Salvador. The two however parted ways recently after several misunderstandings. According to an apology written by Vince Musisi and posted on his social media platforms, the two fell out because of political differences.

While appearing on Spark TV last evening, Salvador spilled secrets on why the expendables no longer exist and why he and Vince are no longer friends.

“Banage people never sleep with people from your groups, don’t do it,” he said while laughing. When asked if that’s what Vince had done, he chose not to respond. He however noted that whereas it is true that the two support different political parties but that is not the reason we fell out.

“Vince attacked me and my family, I don’t tolerate anyone who tempers with my wife and my children, do anything to me but leave my family out of it,” he said.

According to Salvador an apology that comes with a “but” is not an apology.

“If Vince wants to apologise he should face me as a man, and if he is going to do it on Facebook he should tell the truth about what he did. Vince wants to tell me that he loves Bobi Wine than I do, but the truth is Bobi has been my friend since 1998 and our friendship still stands, that why I can never abuse Bobi Wine even if we have different political ideologies,” he concluded.